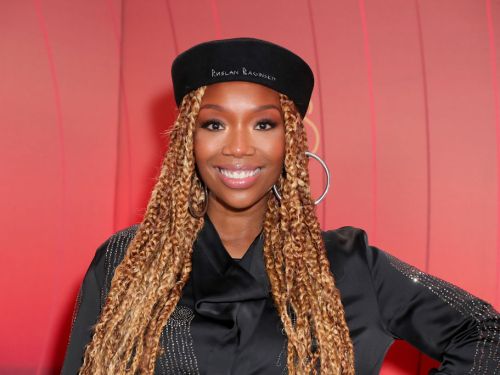 “I am following doctors’ orders,” singer says after “dehydration and low amounts of nutrition” reportedly sends her to hospital

Brandy told fans she is “getting the rest I need” after a medical scare Tuesday reportedly sent the singer to the hospital.

According to TMZ, Brandy suffered a possible seizure Tuesday afternoon at her home in Los Angeles; paramedics were called to Brandy’s residence, and she was then transported to a nearby hospital.

While Brandy didn’t confirm that she had suffered a seizure, she addressed the incident on social media Wednesday.

“To my beloved fam, friends and starz thank you for sending love and light my way,” she wrote in her Instagram Stories. “I am following doctors’ orders and getting the rest I need due to dehydration and low amounts of nutrition. Thank you for your prayers and support. Grateful for you all, see you soon.”

Brandy, who earlier this summer performed alongside Jack Harlow at the BET Awards, previously suffered a similar medical emergency in June 2017 when the singer was found unconscious on an airplane that was set to fly from Los Angeles to New York; the plane had not yet taken off at the time of the incident. Brandy was briefly hospitalized and released.

“She has been traveling extensively as part of an ongoing tour and several personal appearances. In recent days, she has taken more than 10 long-haul flights including internationally,” Brandy’s rep said at the time. “She was in the studio all night last night until it was time for her to leave for the airport to catch a 5:45 a.m. flight. The stress of all of the traveling and working so incessantly has exhausted her,” the statement continues. “She will be relaxing for the next few days.”