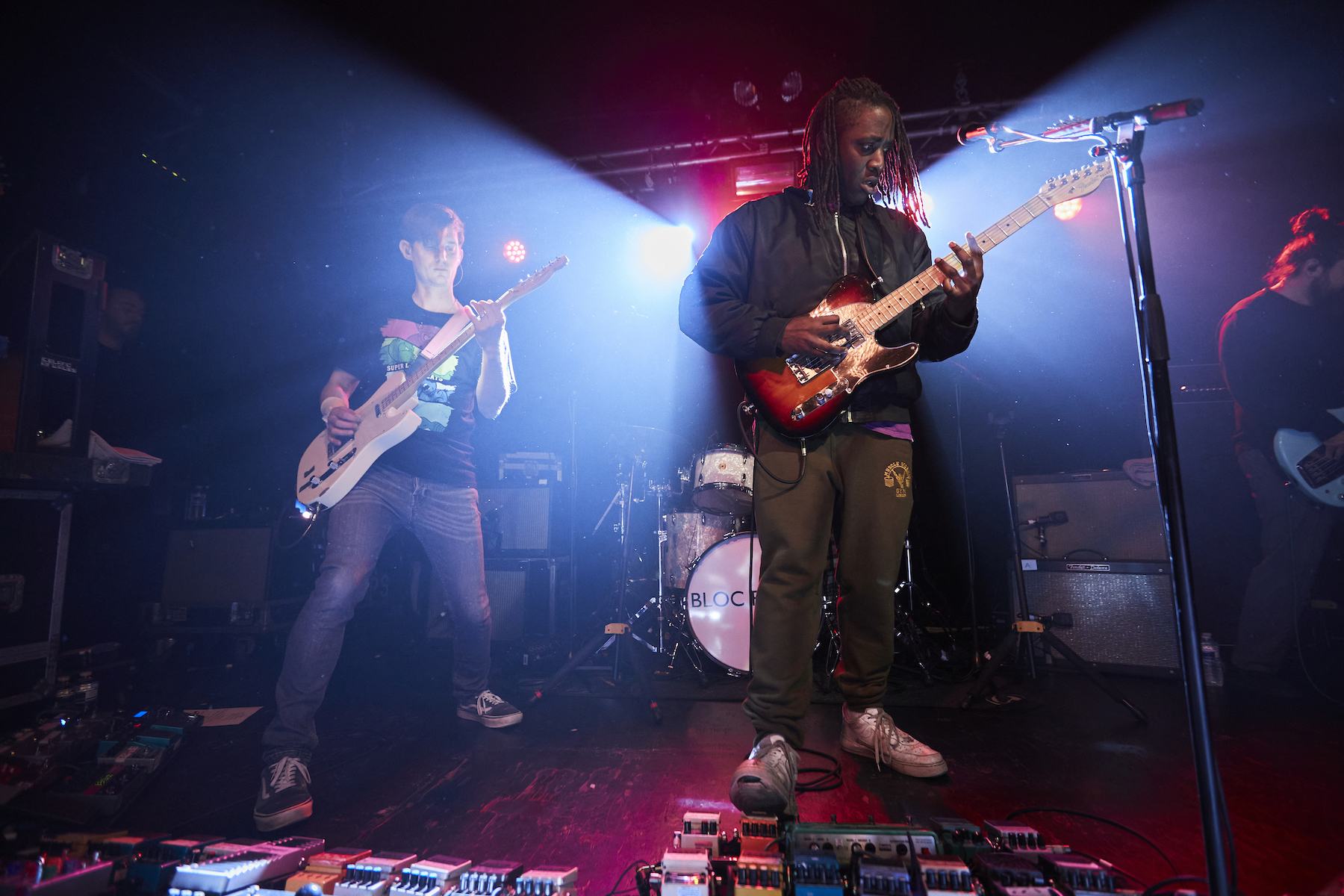 Under the flashing red and blue lights of The Late Late Show with James Corden stage, indie-rock band Bloc Party brought the heat with a performance of their popping alt-rock single “Traps.”

“There you go-go /Looking like a snack /Cute like Bambi /But you’re headed to a trap,” frontman Kele Okereke warns in the record’s buzzing chorus.

Led by Okereke, Bloc Party rounds itself out with lead guitarist Russell Lissack, bassist Justin Harris, and drummer Louise Bartle, the latter two members making up the band’s latest additions. “Traps” served as the lead single to the band’s long-awaited comeback album Alpha Games, released this year as their first full-length offering since 2016.

It is the standout statement piece on Alpha Games. When the song was released, Okereke shared: “From the moment we wrote ‘Traps,’ we knew it had to be the first thing people heard from this album. Playing it in soundchecks on our last tour before it was finished and hearing how it sounded in those big rooms and outdoors.”

“Traps” was followed up with “Sex Magik” and “The Girls are Fighting” ahead of the full release of Alpha Games back in April. The 12-track album was produced by Nick Launay and Adam Greenspan.