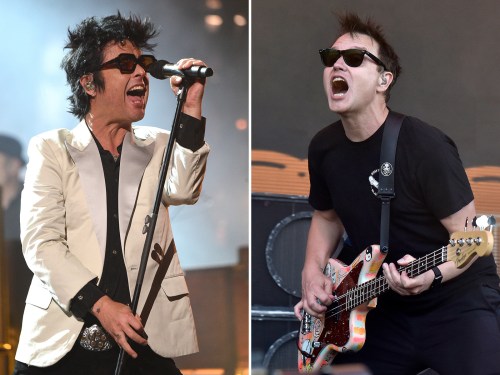 Las Vegas blowout will return next year with 5 Seconds of Summer, Good Charlotte, Sum 41, Simple Plan, the Offspring, and many more

The inaugural When We Were Young festival hasn’t even happened yet, but the emo/pop-punk nostalgia blowout is already looking ahead to next year, announcing the newly-reunited Blink-182 and Green Day will headline in 2023.

Joining the two Nineties/turn-of-the-millennium legends will be other titans of the era, including the Offspring, Good Charlotte, Sum 41, Simple Plan, New Found Glory, Saves the Day, Yellowcard, Rise Against, Motion City Soundtrack, Michelle Branch, and Gym Class Heroes. Other top-billed acts include All Time Low, 30 Seconds to Mars, and 5 Seconds of Summer, as well as younger artists carrying the pop-punk torch like Beach Bunny and Joyce Manor. (The full initial lineup is available on the poster below.)

When We Were Young 2023 will take place on Oct. 21, 2023, at the Las Vegas Fairgrounds. (So far, just one date has been confirmed, though this year’s fest was swiftly expanded from one to three days due to popular demand.) Tickets will go on sale on Oct. 14 at 2 p.m. PT, with a pre-sale starting the same day at 10 a.m. PT (registration for pre-sale access is open now via the fest’s website).

The When We Were Young 2023 lineup announcement fittingly coincided with the news that headliners Blink-182 were reuniting with co-founding guitarist/vocalist Tom DeLonge, who’d left in 2015. When We Were Young will be one of many stops Blink will make on a worldwide reunion tour which is expected to run between March 2023 and February 2024 (they’re also set to headline Lollapalooza 2023). The reunited group will also release a new single, “Edging,” this Friday, Oct. 14, and an album is coming soon, too.