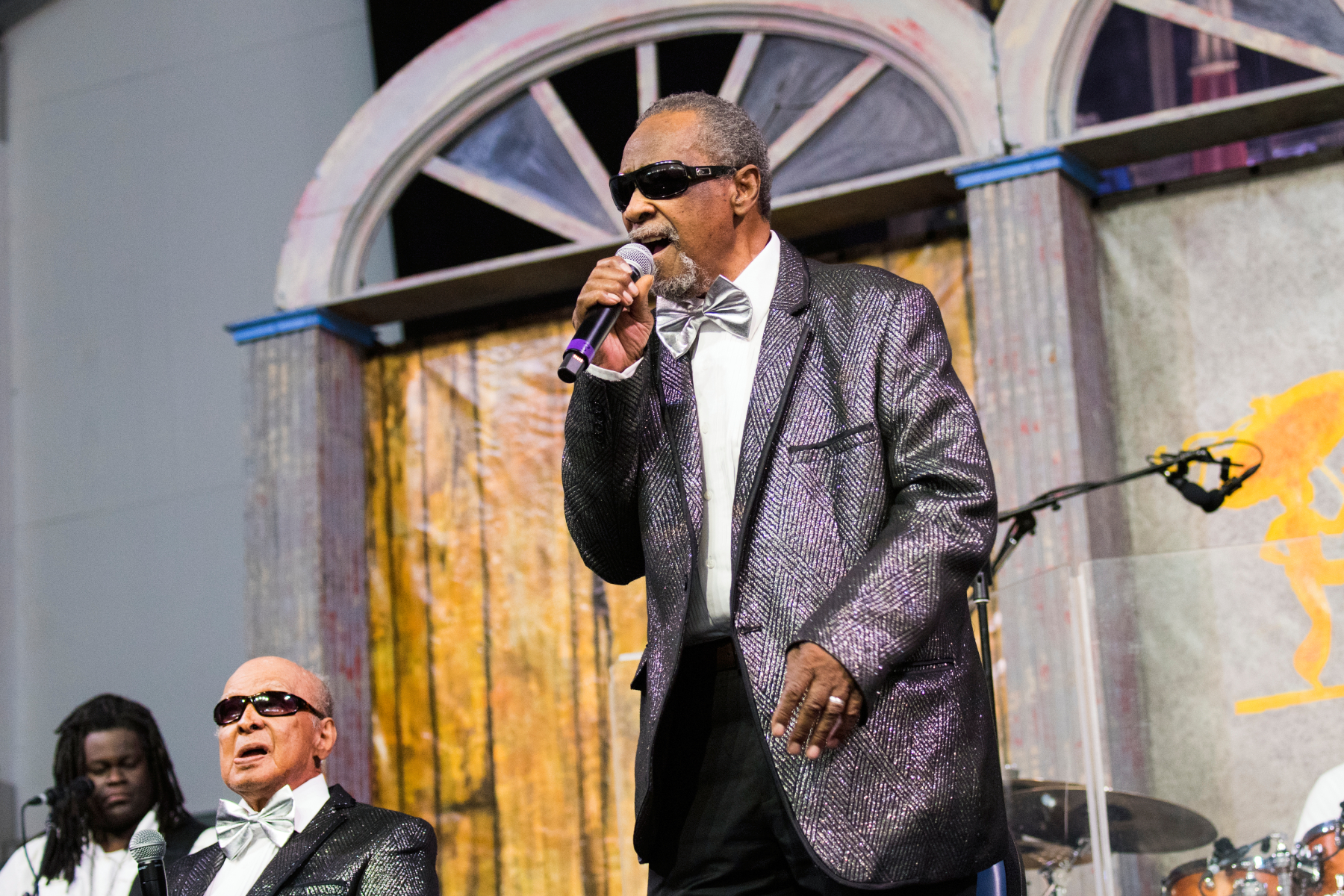 Singer Benjamin Moore, Jr., a lifelong musician who spent 14 years as a member of the gospel group the Blind Boys of Alabama, died last week on May 12. He was 80.

Reps for the Blind Boys of Alabama confirmed Moore’s death, adding that he died of natural causes at a hospital in Santa Fe, New Mexico. His bandmate, Ricky McKinnie, said, “The Blind Boys family is deeply saddened by Ben’s passing. He was an integral part of our group, not just as a talented singer but as a kind and dependable friend. Although he will be sorely missed, I’m grateful for the years of memories.”

Moore joined the Blind Boys of Alabama in 2008, though he arrived with decades of musical experience under his belt. Born Aug. 7, 1941, in Atlanta, his father, Benjamin Moore, Sr., led the gospel group Echoes of Zion, and the younger Moore was singing and playing guitar by 14. Some of his earliest gigs were with the Moore Family band, which played around Atlanta, including some gigs for Martin Luther King, Jr.

From there, Moore played in various R&B groups, like Jimmy Tig and the Rounders, as well as Ben and Spence, which he founded in 1968 with Spencer James. In the mid-Seventies, the famed songwriter Dan Penn introduced Moore to James Purify, and he eventually replaced the “original” Bobby Purify in the soul duo, James and Bobby Purify. The pair made two albums together and toured into the Eighties.

During this time, Moore also stepped out as a solo artist, sometimes recording as Bobby Purify and sometimes under his own name. Moore released an R&B album and three gospel records, and in 1983, his song, “He Believes in Me,” was nominated for Best Soul Gospel Performance — Traditional at the Grammys (though he lost to Al Green’s “Precious Lord”).

However, in the Nineties, Moore’s eyesight began to deteriorate, and it eventually disappeared due to glaucoma. His music career sputtered, and as a 2014 profile in the Tampa Bay Times noted, he also lost his house. Moore got support from friends, who took him in and encouraged him to start playing music again. One friend, a blind drummer and businessman who sold software for the blind, even put Moore in touch with his longtime client, Ray Charles.

“He told me, ‘Don’t sit your ass around, you’ve got a voice, use it!’” Moore recalled. “And you know what? I think his words pulled me out of that deep thing that I was in, that fear where I wouldn’t even leave the house.”

In 2005, Moore reunited with Penn, who produced a new Bobby Purify album, Better to Have It. Several years later, he got the chance to audition for the Blind Boys of Alabama, and in Moore’s telling, he secured the spot by singing the Dr. Lawrence B. Hicks’ “There Must Be a Heaven Somewhere” in every key that group leader, Jimmy Carter, called out.

In that Tampa Bay Times interview, Moore spoke about his love for music, suggesting he’d be able to keep performing “until I drop on stage.” He added, “For the rest of my life, man. Singing’s all I know, and I love making people laugh and cry and jump up and shout.”