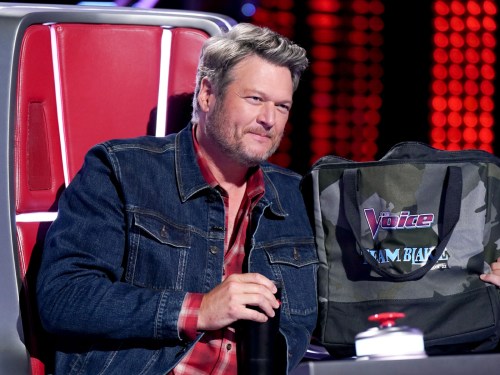 “It’s been a hell of a ride over these 12 years of chair turns,” Shelton wrote on Instagram

The Voice is losing its final original coach Blake Shelton. On Tuesday, Shelton revealed that he’ll be departing the show following the conclusion of next season, where he’ll be joined by new coaches Niall Horan and Chance the Rapper, and returning coach Kelly Clarkson.

“This show has changed my life in every way for the better and it will always feel like home to me. It’s been a hell of a ride over these 12 years of chair turns,” he wrote, thanking everyone on the show. “I’ve made lifelong bonds with [host] Carson [Daly] and every single one of my fellow coaches over the years, including my wife Gwen Stefani!”

Shelton went on to shout-out the singers he has welcomed on the show. “It would not happen without you,” he wrote to the show’s fans.

With the new season, Shelton will have completed 23 seasons of the singing competition series, appearing since its first in 2011, when the show premiered with Adam Levine, Christina Aguilera, and CeeLo Green as coaches. Levine follows Shelton as the second longest-serving coach of the show. He departed after Season 16 in 2019.

Horan, Clarkson, and Chance the Rapper all teased their addition to the show by posting the peace sign emoji. Clarkson returns to the show after having missed season 22 after nine seasons, while Stefani, Camila Cabello, and John Legend are being replaced. “See you in 2023 @niallhoran @blakeshelton @kellyclarkson @chancetherapper,” The Voice posted in its Instagram account.

Cabello joined the panel of coaches for the latest season, briefly replacing Clarkson. She was also joined for a performance of “Havana” alongside the Voice vets.