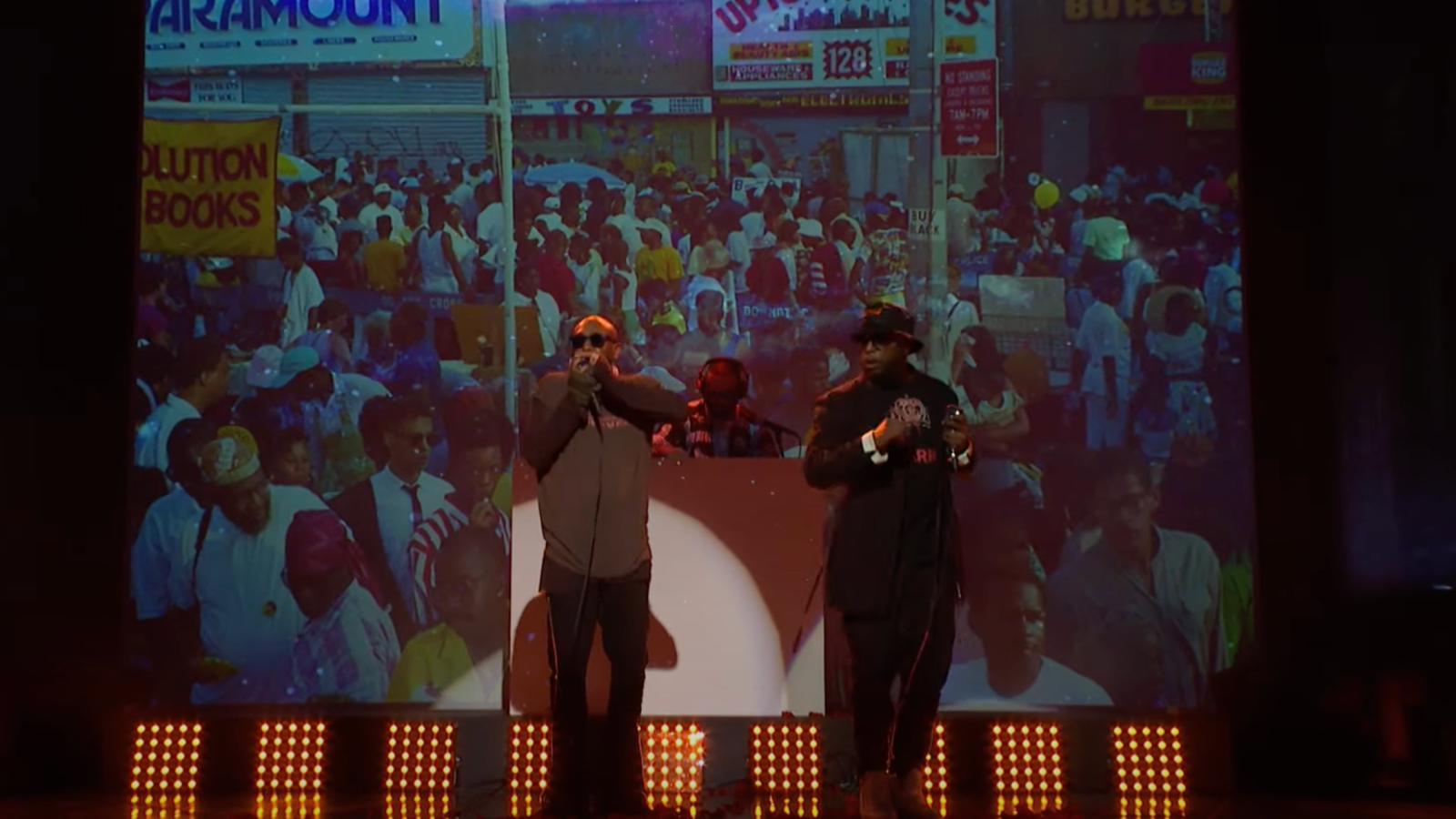 Sharper than a straight razor shave

“Walk soft and carry a cro magnum,” Yasiin Bey rapped in “So Be It” — a bar that captured the vibe and vitriol of Black Star’s ferocious Saturday Night Live debut.

Black Star performed two new songs, “The Main Thing Is To Keep The Main Thing The Main Thing” and “So Be It,” during which they brought out Madlib, who produced every track on their excellent new album No Fear of Time. The album is Black Star’s first in 24 years since their influential 1998 debut Mos Def & Talib Kweli Are Black Star.

Earlier this week, Kweli said in an interview that performing on SNL is a “career milestone.“ “I can’t recall seeing a more hip-hop, a more independent group than Black Star to ever do SNL,” he said. “So I’m definitely excited to represent for the culture.”

The second season of their podcast, The Midnight Miracle, will premiere later this year.