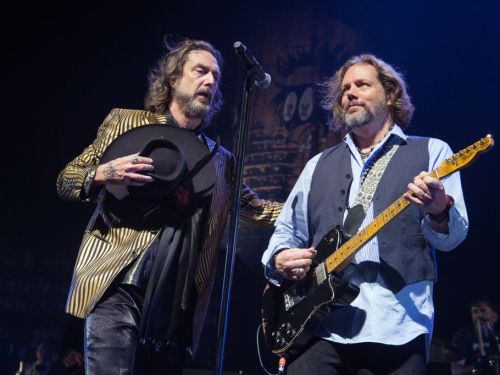 Six months after the Black Crowes were sued by original member Steve Gorman over a royalties dispute, the band and their former drummer have reached a settlement.

In March, Gorman — who along with the brothers Rich and Chris Robinson and bassist Chuck Brandt (a.k.a Johnny Colt) formed a partnership in 1991 to collect royalties for the group — sued to confirm the accuracy of his royalty payments and audit the partnership’s records. Gorman alleged that he asked to inspect the royalty accounting on numerous times, but his request was denied. He also sued for breach of contract, among other complaints.

However, legal documents filed by Gorman’s lawyers suggest that an agreement is in the works that would avoid a trial. Details of the settlement were not revealed.

“The parties are actively engaged in settlement communications and are currently drafting deal terms that the parties currently expect will materialize into an executed settlement and dismissal of this action,” the filing noted.

Reps for the Black Crowes and Gorman did not respond to Rolling Stone’s request for comment at press time.

Gorman left the band in 2001, rejoined in 2005 and remained until the band split in 2014 after the Robinson brothers cut off contact with each other. The Robinsons mended fences and reunited in 2019 to celebrate the 30th anniversary of Shake Your Money Maker with a new tour and a new band of players that didn’t include Gorman; the reunited Crowes are currently on tour in Europe.

In 2019, Gorman penned a book about his time in the Southern rockers, Hard to Handle: The Life and Death of the Black Crowes. “Anybody who has played in the band whose last name is not Robinson has been very receptive to the book and has let me know they appreciate and they’re impressed with the honesty,” Gorman told Chris Shiflett’s Walking the Floor podcast.

“For more than five years, my attorneys and I have made repeated requests to review the Partnership’s books to confirm the accuracy of royalty payments and my share, but Chris and Rich have consistently ignored my rights under the Partnership Agreement,” Gorman said in a statement at the time.

“I regret that it has come to this, as I remain incredibly proud of the music we created as a band, but their conduct has left me with no choice but to ask a court to order them to give me this information, which I’m entitled to under our partnership agreement and the law.”