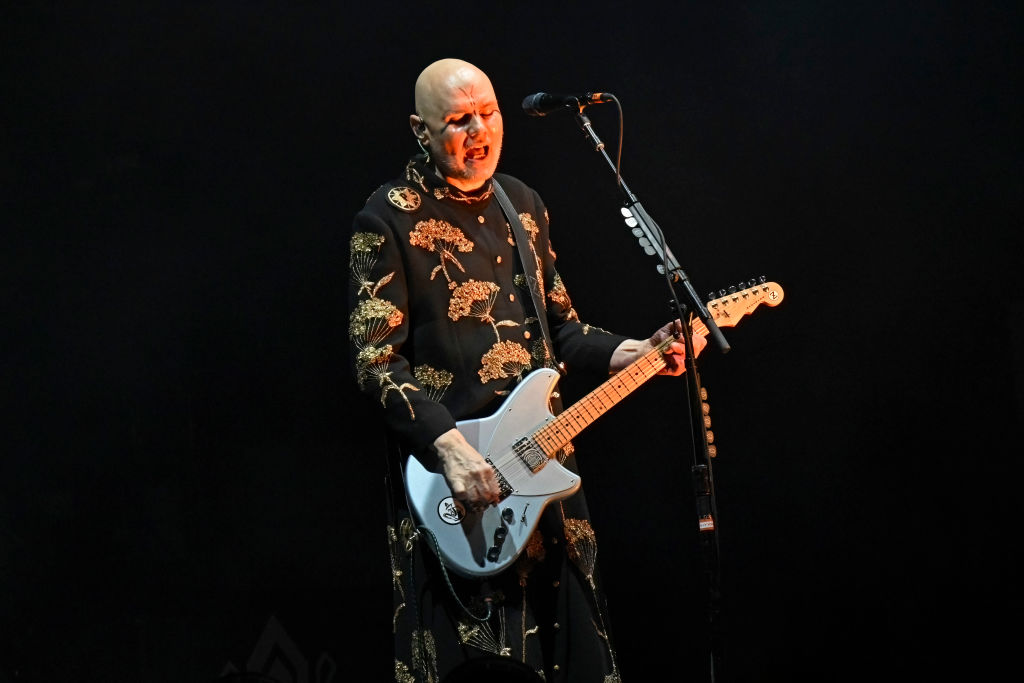 Billy Corgan debuted a new Smashing Pumpkins song inspired by the Highland Park tragedy during his benefit concert on Wednesday to raise money for the victims of the July 4 mass shooting.

Corgan said he wrote “Photograph” following a dream he had in the aftermath of the Highland Park shooting that killed seven people and injured dozens more; “This is my reaction, I guess you can say, to what happened,” Corgan told the audience. “I don’t know if it’s a good song or a bad song, but it certainly expresses the way that I feel.”

“It’s not every day you play a moment like this,” he added. “We hope to create a healing energy.”

Corgan, a Chicago native, has lived in the Windy City suburb for 20 years, and his Madame Zuzu’s tea house — where the benefit concert and livestream was held — was in close proximity to the July 4th massacre.

“Photograph” can be seen at the 97-minute mark of the livestream here.

For the Together and Together Again event, Corgan and his partner Chloe Mendel were joined by drummer Jimmy Chamberlin, Pumpkins touring bassist Sierra Swan, and Jane’s Addiction frontman and soon-to-be tour mate Perry Farrell, who joined Corgan on a duet of “Jane Says.”

In addition to “Photograph,” the concert also featured another new potential Pumpkins song (“Scimitar”), a cover of the Beatles’ “With a Little Help From My Friends” plus hits like “1979,” “Today” and “Thirty Three.”