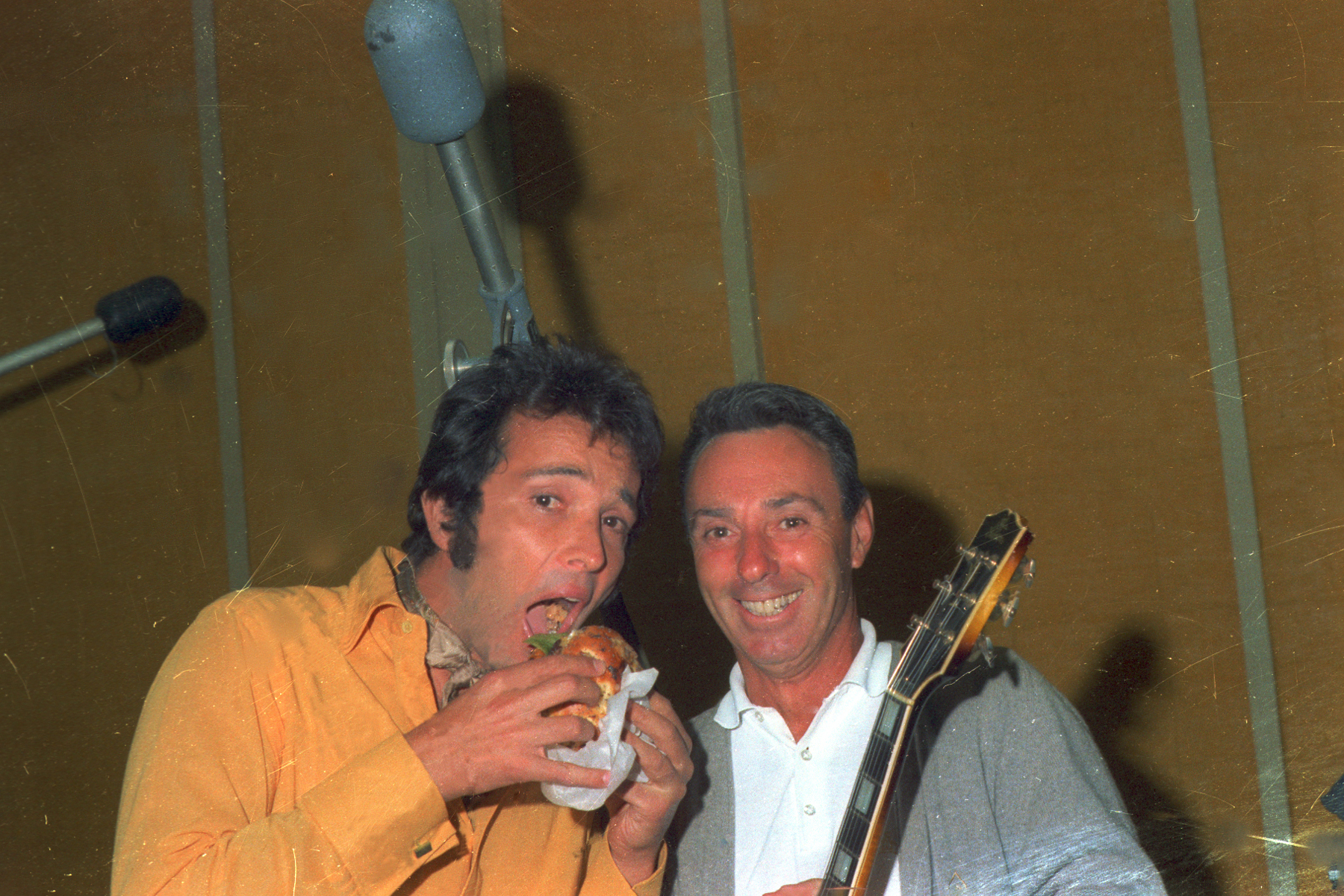 Bill Pitman, a guitarist and bassist in the legendary Wrecking Crew of Los Angeles session musicians, has died at the age of 102.

The New York Times confirmed Pitman died Thursday at his home in La Quinta, California. While no cause of death was revealed, the musician recently fractured his spine in a fall, and spent the last month of his life recovering from that accident.

As a member of the elite Wrecking Crew, Pitman was deployed on albums by artists like Sam Cooke, Nancy Sinatra, the Monkees, James Brown, and the Beach Boys. For the latter, Pitman played on Today! and Summer Days (And Summer Nights!); for Pet Sounds, Pitman contributed the acoustic guitar on that classic LP’s opener “Wouldn’t It Be Nice.”

The Wrecking Crew also helped producer Phil Spector bring his Wall of Sound to life, with Pitman playing on A Christmas Gift to You From Phil Spector. Since the Wrecking Crew worked largely anonymously and interchangeably in the Sixties, it’s difficult to pinpoint which session musician contributed to what song. However, Pitman is credited with playing the ukulele on B.J. Thomas’ Oscar-winning 1969 single “Raindrops Keep Fallin’ on My Head.”

In 2009, Pitman appeared in a documentary about the Wrecking Crew. “During one year, Pitman logged an astonishing 425 recording sessions, many of which resulted in multiple sides,” a Facebook page connected to the film stated in 2016. “Despite his contributions to chart-topping records by the Mamas & the Papas, the Everly Brothers, and Jan & Dean, Pitman found the rock music he was asked to play unmemorable; expressing genuine surprise when some of the tunes became wildly successful. Producers jokingly claimed that if Pitman thought a record was terrible, then they probably had a hit on their hands.”

Following his tenure in the Wrecking Crew, Pitman remained an in-demand session musician, working extensively on scores for film and television. According to the New York Times, Pitman’s work — both as a musician and composer — could be heard on TV series like Green Acres, Star Trek and the Sonny and Cher Comedy Hour, as well as in movies like Fast Times at Ridgemont High, Dirty Dancing and Goodfellas.