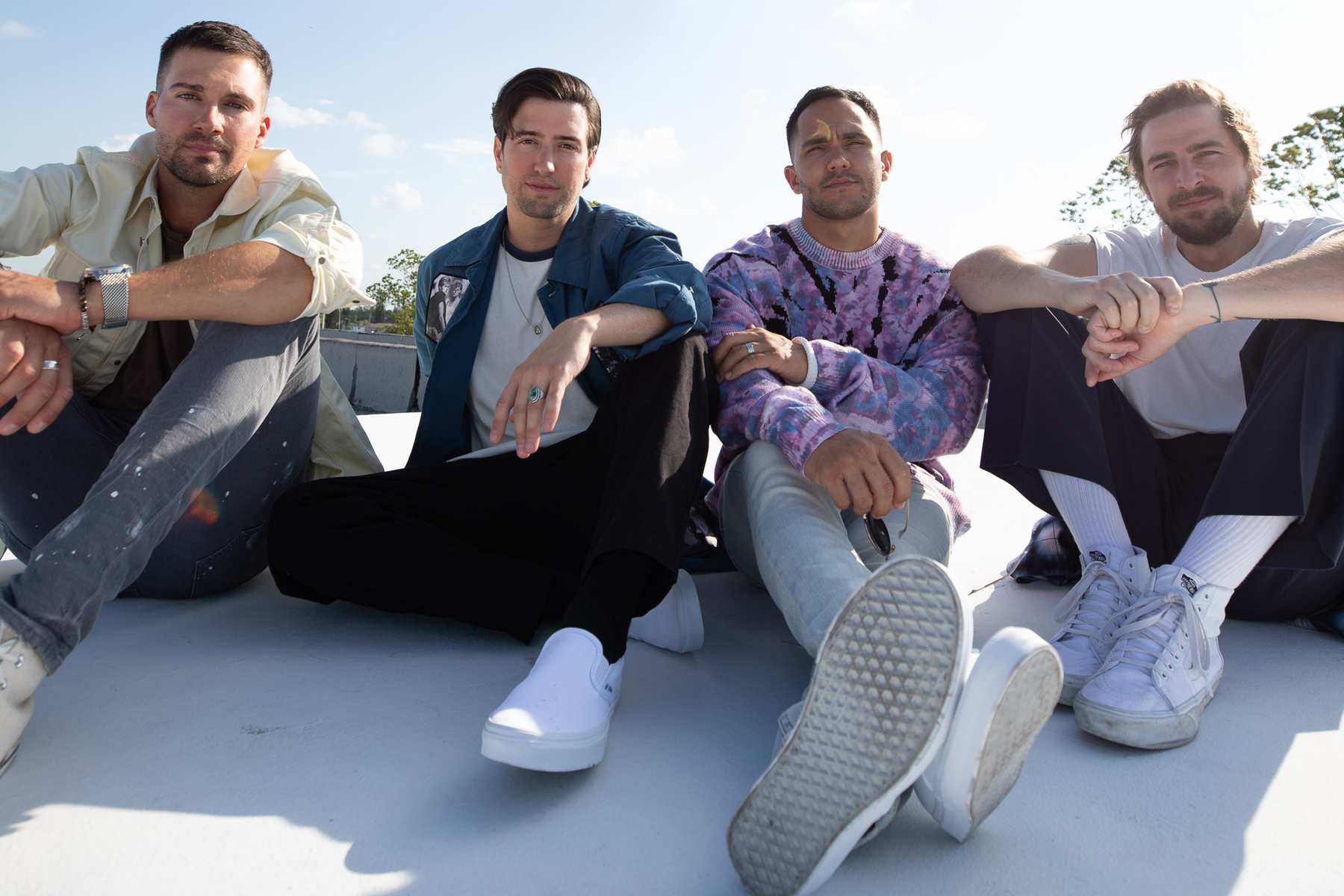 Smile for the camera, guys! On Friday, Big Time Rush released the music video for their new song “Fall” ahead of their upcoming tour.

The Aaron Gatewood-directed video laces clips of the group — comprising Kendal Schmidt, Logan Henderson, James Maslow, and Carlos PenaVega — posing for photos during multiple shoots with videos of them singing into a fish lens camera.

It’s a laidback video for some laidback guys. Midway through the video, the guys try to hold a bird who got close to them before it flew away.

“I’ve never seen a bird do that,” says Logan. “It was up there because it couldn’t fly,” responds Pena Vega. “It’s fine. It’s fine! I love birds. I love to protect the birds. It was a weird thing, OK?” adds Pena Vega.

The credits of the video show behind-the-scenes clips of their interactions, including Henderson singing one of the group’s most famous tracks over piano, and the guys playing rock-paper-scissors. (Oh, and they credit the bird that flew away as a stunt bird named Snowflake, before ending the video with “This film is dedicated to our fallen Snowflake.”)

Big Time Rush is set to hit the road for a massive tour starting in Washington, D.C. and ending in Monterrey, México. For the tour dates, they’re being accompanied by Dixie D’Amelio and Spencer Sutherland.

“The scaries are setting in, at least for that part of it,” Henderson told People in May about the upcoming tour. “But on the production side, everything’s going really smooth. And as long as we’ve been doing it together, things happen pretty quickly. So once we’re all together, things just kind of move, they kind of work.”

The band also opened up to Rolling Stone about their decision to make a comeback, 12 years after their start on Nickelodeon. “I think something that the guys and I were collectively attracted to in the very beginning was a chance to create and control all aspects of the band,” Henderson said. “Everything you see here is a collective effort and this is a project we are all very passionate about. I think our work ethic and love we have for fans speaks to the success and longevity of Big Time Rush.”