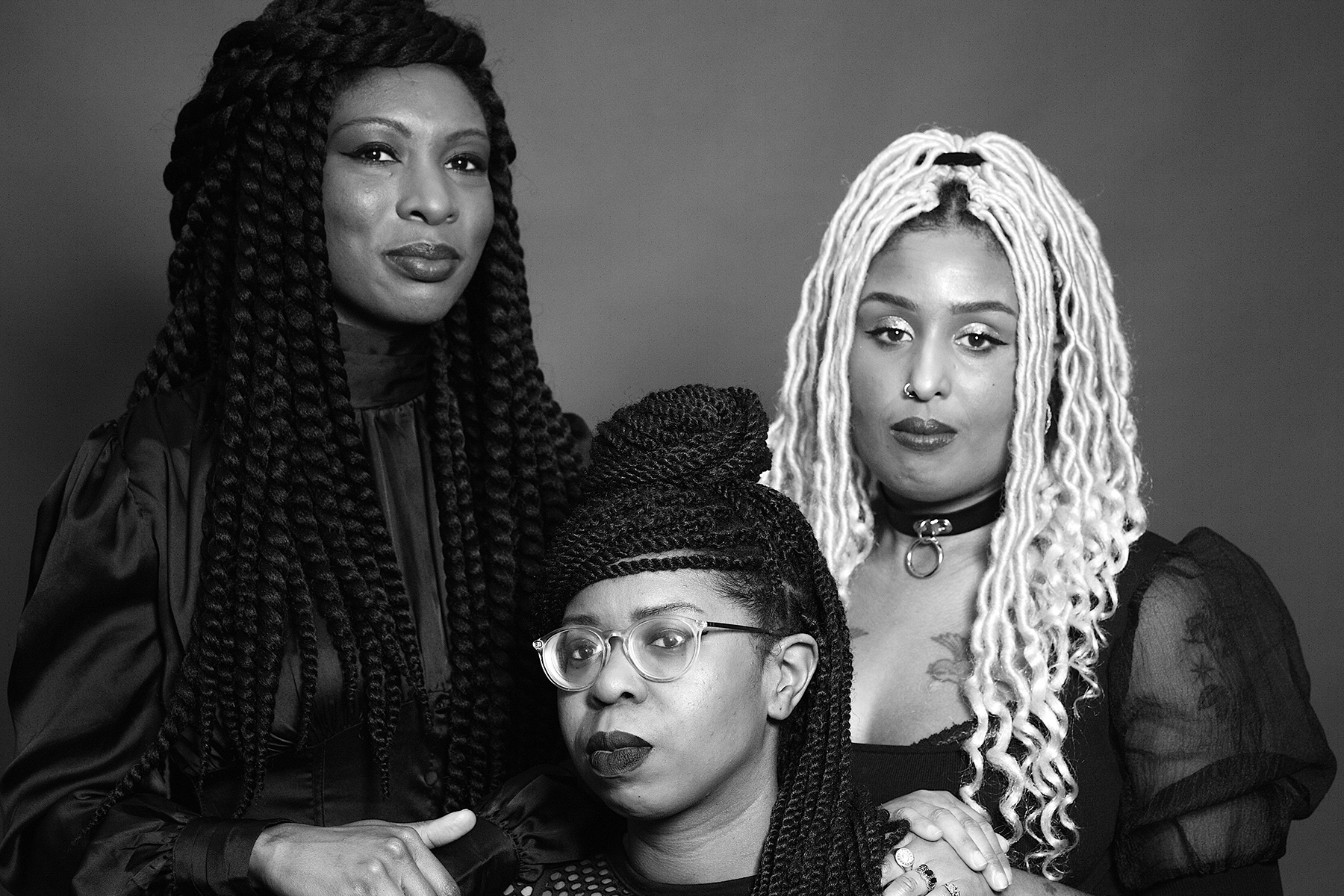 Big Joanie are teasing their newly announced upcoming album, Back Home, with the video for “In My Arms.” The British post-punk group celebrate queer romance and friendship in the clip. The teaser shows a group of women enjoying a day at the carnival and the beach, as the trio, which performs the song in the clip, sings about togetherness and wanting to hold a lover “in my arms” over buoyant guitar and Farfisa organ. The album, which contains the previously released single “Happier Still,” arrives on Nov. 4.

“I’d say part of [our sound] is us having more experience in the studio and knowing what we’re capable of,” Chardine Taylor-Stone, Big Joanie’s drummer and backup vocalist, said in a statement. “When we did the ‘Cranes in the Sky’ single for Third Man, I feel like that was a changing point as to what we can do in the studio, in the sense it doesn’t have to be a copy of what we can do live.”

Regarding the Back Home title, singer-guitarist Stephanie Phillips said she wanted to explore what “home” means. “It’s about the different ideas of home,” she said. “Whether that’s here in the U.K., back in Africa or the Caribbean, or a place that doesn’t really exist; it’s neither here nor there.”

In addition to their Solange cover, which was one of Rolling Stone’s Songs You Need to Know when it came out, each of Big Joanie’s members explored artistic endeavors on their own in the four years since they released their excellent debut, Sistahs. Taylor-Stone chaired the Equalities Commission at the Musicians Union, Phillips penned the book Why Solange Matters, and bassist-vocalist Estella Adeyeri worked on the program Girls Rock London and helped work on the Decolonise Fest with Phillips.