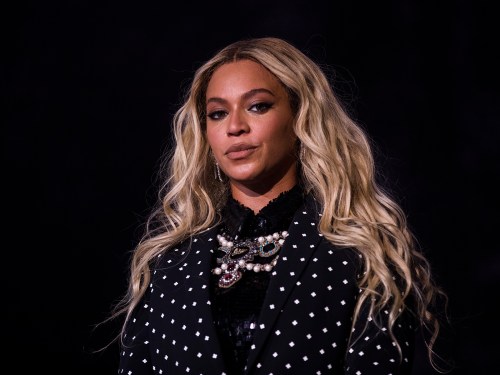 Beyoncé has the dates and receipts. Several days ago, Nineties duo Right Said Fred claimed to The Sun that the Renaissance singer never asked for permission to use their song “I’m Too Sexy” as a sample on “Alien Superstar.” But now, Beyoncé is clearing the “erroneous and incredibly disparaging.” claims, saying her team asked for publishing permission and paid for the composition’s usage.

“Normally the artist approaches us but Beyoncé didn’t because she is such an arrogant person she just had probably thought ‘come and get me’ so we heard about it after the fact when you did,” the duo told the British tabloid. “But everyone else, Drake and Taylor Swift, they came to us.”

In a statement to E! News, Beyoncé made things clear: “Permission was not only granted for its use, but they publicly spoke of their gratitude for being on the album.” She also listed the duo — Fred and Richard Fairbrass — as co-writers on the song.

“There was no sound recording use, only the composition was utilized,” she added. “Permission was asked of their publisher on May 11, 2022 and the publisher approved the use on June 15, 2022. They were paid for the usage in August 2022.”

In a tweet from Right Said Fred that’s still up, the duo even thanked Beyonce. “It’s nice to get a writing credit on the new ‘Beyonce’ album,” they wrote, linking to a Stereogum article about the piece’s credits.

This isn’t the first Renaissance credit controversy. Earlier this summer, Kelis complained that Beyoncé interpolated her song “Milkshake” on “Energy” without credit. Beyoncé ended up altering the song and removing the sample from the track altogether.

Milkshake alone is one of the most licensed records of our generation,” Kelis wrote on Instagram. “I have done more than left my mark on an era of music and style that will go down in history.”

As for “Alien Superstar,” which Right Said Fred complained about, sparked a conversation about the art of collaboration after a tweet from songwriter Diane Warren that criticized the track for having 24 writers on a single song.

“You mean [how] does our (Black) culture have so many writers,” The-Dream wrote back. “Well it started because we couldn’t afford certain things starting out, so we started sampling and it became an Artform, a major part of the Black Culture (hip hop) in America. Had that era not happen[ed], who knows. U good?”