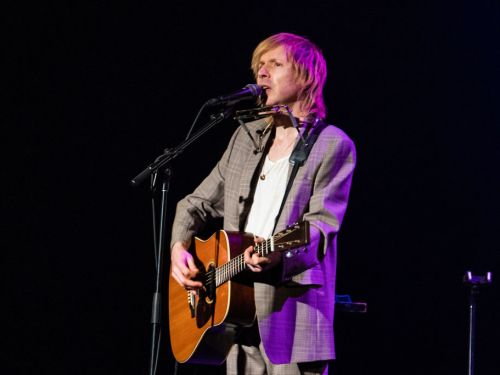 Beck has dropped off the Arcade Fire’s upcoming North American tour, where the singer was to serve as opening act, amid accusations of sexual misconduct against the band’s frontman Win Butler.

Ticket buyers were informed of the change via email Friday, “Beck is unfortunately no longer able to join Arcade Fire on their upcoming North American tour.” Taking his place will be Boukman Eksperyans,” the Haitian band that recently opened for Arcade Fire on their European leg.

No explanation for Beck’s exit was provided, and reps for both Arcade Fire and Beck did not comment to Rolling Stone. As of Saturday morning, the shows – slated to begin Oct. 27 in Washington, D.C. – were removed from tour section of Beck’s website.

Beck — who was scheduled to perform 18 shows with Arcade Fire, with the opening slot advertised as an acoustic set — is the second artist to drop off Arcade Fire’s world tour in support of new album We following Feist, who briefly was the opening act on the band’s European tour before announcing she leaving the trek following the Butler allegations.

After opening the first two shows of that tour, Feist explained her decision to depart in a lengthy statement on social media, revealing that she first learned about the accusations against Butler after she and her band had already traveled to Europe for the tour. Despite the allegations, Feist opened the tour’s first gig in Dublin but donated proceeds from merch sales to a local women’s aid organization.

“This has ignited a conversation that is bigger than me, it’s bigger than my songs and it’s certainly bigger than any rock and roll tour,” Feist wrote. “To stay on tour would symbolize I was either defending or ignoring the harm caused by Win Butler and to leave would imply I was the judge and jury.”

In a statement to Rolling Stone at the time, Arcade Fire addressed Feist’s decision to leave the tour, saying, “We are very sorry to see Leslie go home, but completely understand and respect her decision.”

In August, multiple women came forward in a Pitchfork report that detailed Butler’s alleged sexual misconduct, the accusations of which ranged from sexual assault to unsolicited sexting. While Butler admitted to the extramarital affairs, he responded that they were all “consensual.” “I vehemently deny any suggestion that I forced myself on a woman or demanded sexual favors. That simply, and unequivocally, never happened,” Butler wrote.

Butler’s wife and bandmate Regine Chassagne said in a separate statement, “Win is my soulmate, my songwriting partner, my husband, the father of my beautiful boy. He has been my partner in life and in music for 20 years. And for all of the love in our lives, I have also watched him suffer through immense pain… I know what is in his heart, and I know he has never, and would never, touch a woman without her consent and I am certain he never did. He has lost his way and he has found his way back.”