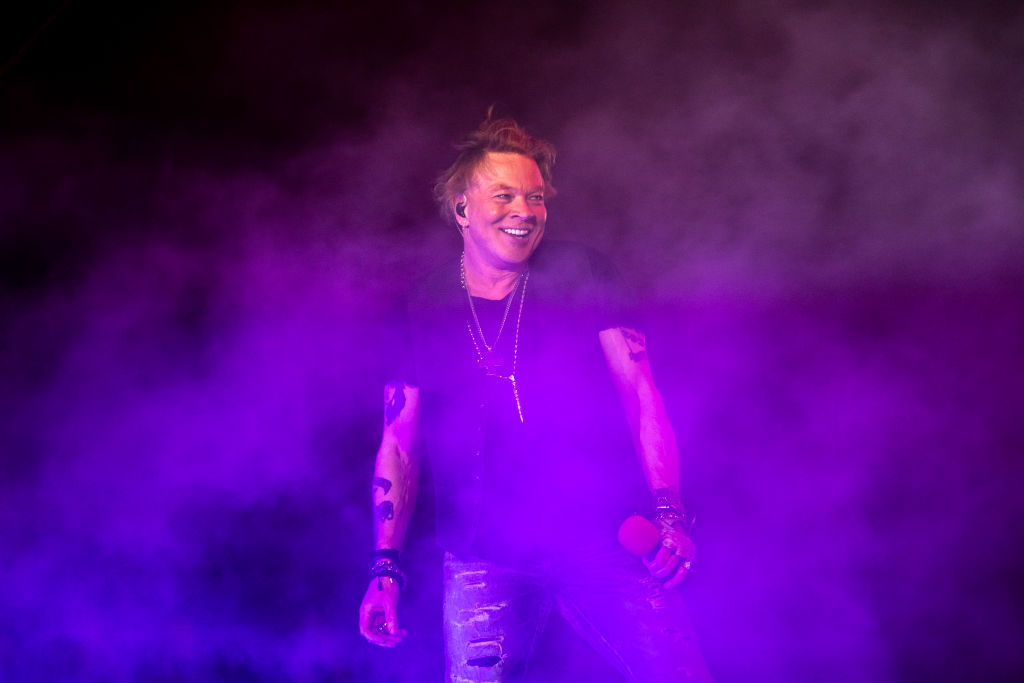 After thanking European fans for showing “love and support” to the Ukrainian people — throughout the tour, the band dedicated “Civil War” to Ukraine — Rose praised the country’s “noble and horrifying fight for freedom” and condemned Putin’s government as “an increasingly totalitarian regime ran by a callous, lying, murderous, little man with outdated ambitions and no regard for human life.”

Rose also paid tribute to Hawkins by dedicating the European trek to the late Foo Fighters drummer. “It’s just a simple gesture n’ it’s awkward dealing with the gravity of something like this but in an effort to pay r respects we’d like to dedicate this tour to our friend Taylor Hawkins,” Rose wrote.

“Taylor was a really great guy and it was always great to see him! He was a great n’ always welcome part of touring these last few years.”

Rose also thanked Carrie Underwood for performing with the band on a pair of occasions during GNR’s U.K. shows, concerts that were partially marred by Rose’s vocal issues. “At least someone could sing,” Rose quipped.

Guns N’ Roses’ reunion tour continues this Sept. with a string of South America dates, with 2022 jaunts through Mexico, Japan, and Australia and New Zealand set for the rest of the year. The band’s lone U.S. show in 2022, a headlining set at Daytona Beach, Florida’s Welcome to Rockville, was canceled due to thunderstorms in May.