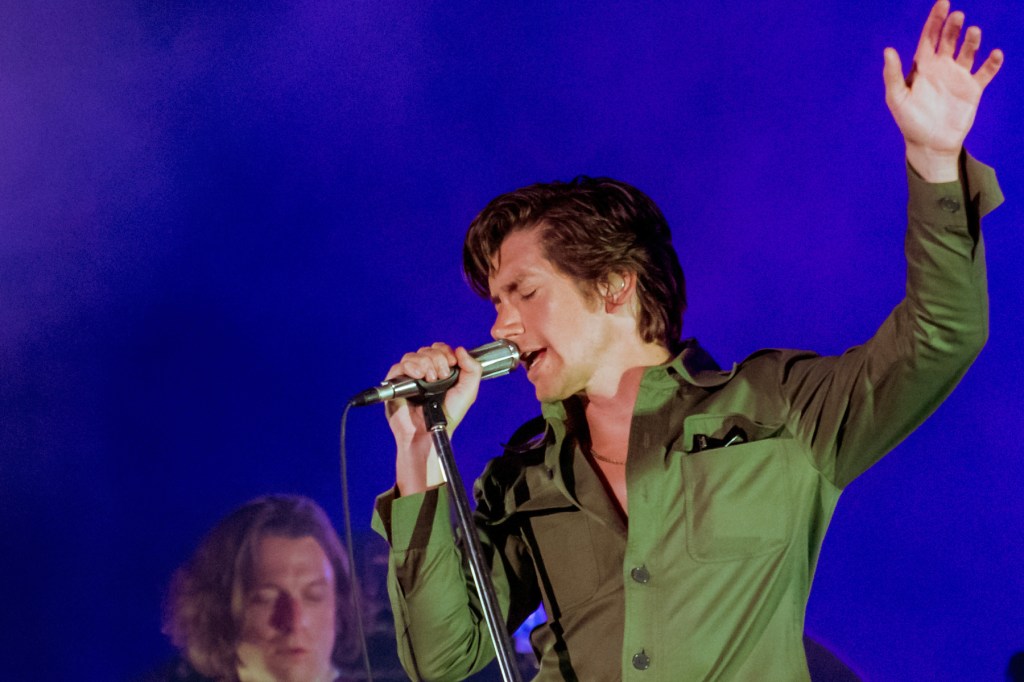 There’d Better Be a Wedding Cake

Arctic Monkeys are finally back, but that doesn’t mean Alex Turner isn’t keeping busy with a few side gigs. Over the weekend, the frontman stepped up as lead singer of a wedding band, crooning Dion’s “Only You Know” as the happy couple enjoyed their first dance together.

Turner’s wedding singer stint wasn’t some random, Bill Murray-esque cameo. The wedding was for Turner’s Last Shadow Puppets bandmate Zach Dawes (who also plays bass in Mini Mansion) and his partner, Molly. A few clips from their first dance to “Only You Know’ were posted on social media by friends and family and then picked up by some sharp-eyed Arctic Monkeys fan accounts.

Turner wasn’t the only notable name in the wedding band either. The lineup also included Dawes’ Mini Mansions bandmate Michael Shuman (who also plays in Queens of the Stoneage), Warpaint’s Stella Mozgawa, and former Wires on Fire singer Evan Weiss.

The Arctic Monkeys previously covered Dion’s “Only You Know” way back in 2009 during a live session for the radio station WRXP.

Arctic Monkeys will release their new album, The Car, on Oct. 21. The album follows the group’s 2018 LP, Tranquility Base Hotel and Casino.