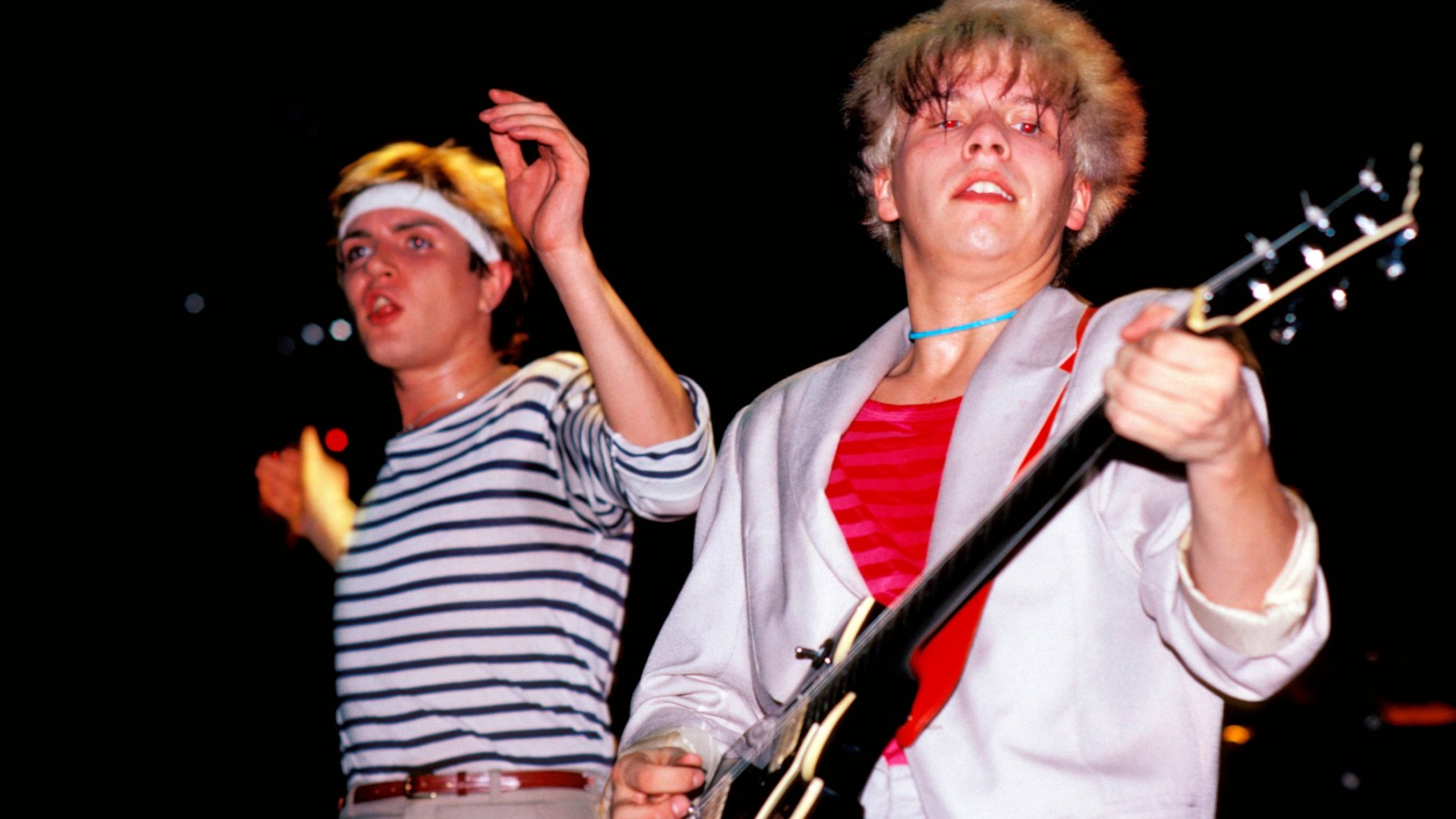 As Duran Duran accepted its induction into the 2002 Rock and Roll Hall of Fame, frontman Simon Le Bon read a letter on behalf of former member Andy Taylor that revealed he’s been battling prostate cancer for years.

Taylor did not join the band during Saturday’s ceremony. “Just over four years ago I was diagnosed with stage 4 metastatic prostate cancer. Many families have experienced the slow burn of this disease and of course, we are no different,” Taylor wrote in his letter. “So I speak from the perspective of a family man but with profound humility to the band, the greatest fans a group could have, and this exceptional accolade.”

The Rock & Roll Hall of Fame induction was meant to serve as a reunion for the group — currently comprising Nick Rhodes, John Taylor, Roger Taylor, and Simon Le Bon — with past members Taylor and Warren Cucurullo. (Cucurello did not appear at the event.)

Taylor acknowledged getting world-class treatment, but that he recently suffered a “setback,” and though his condition is “not immediately life-threatening, there is no cure.”

“Despite the exceptional efforts of my team, I had to be honest in that both physically and mentally, I would be pushing my boundaries,” the letter read. “However, none of this needs to or should detract from what this band (with or without me) has achieved and sustained for 44 years.”

He added, “We’ve had a privileged life, we were a bit naughty but really nice, a bit shirty but very well dressed, a bit full of ourselves because we had a lot to give, but as I’ve said many times, when you feel that collective, instinctive, kindred spirit of creativity mixed with ambition, armed with an über cool bunch of fans, well what could possibly go wrong?”

Taylor closed the letter saying he was “massively disappointed” to not be there celebrating with the group, and that he had “bought a new guitar” for the occasion. “I’m so very proud of these four brothers; I’m amazed at their durability, and I’m overjoyed at accepting this award,” the letter read. “I often doubted the day would come. I’m sure as hell glad I’m around to see the day.”

Simon Le Bon spoke to Rolling Stone earlier this year about being inducted with the group’s past members.

“I’ve been in contact with both Andy and Warren. They are both extremely excited and very, very grateful and honored in the same way that Nick, Roger, John, and I are as well,” Le Bon said in May. “We’re talking about how we’re going to present ourselves on the night.”

He added, “We’ve always maintained a decent relationship with these guys. We didn’t have so-called ‘acrimonious splits.’ It was gentlemanly and it was understood. And pretty much mutual.”