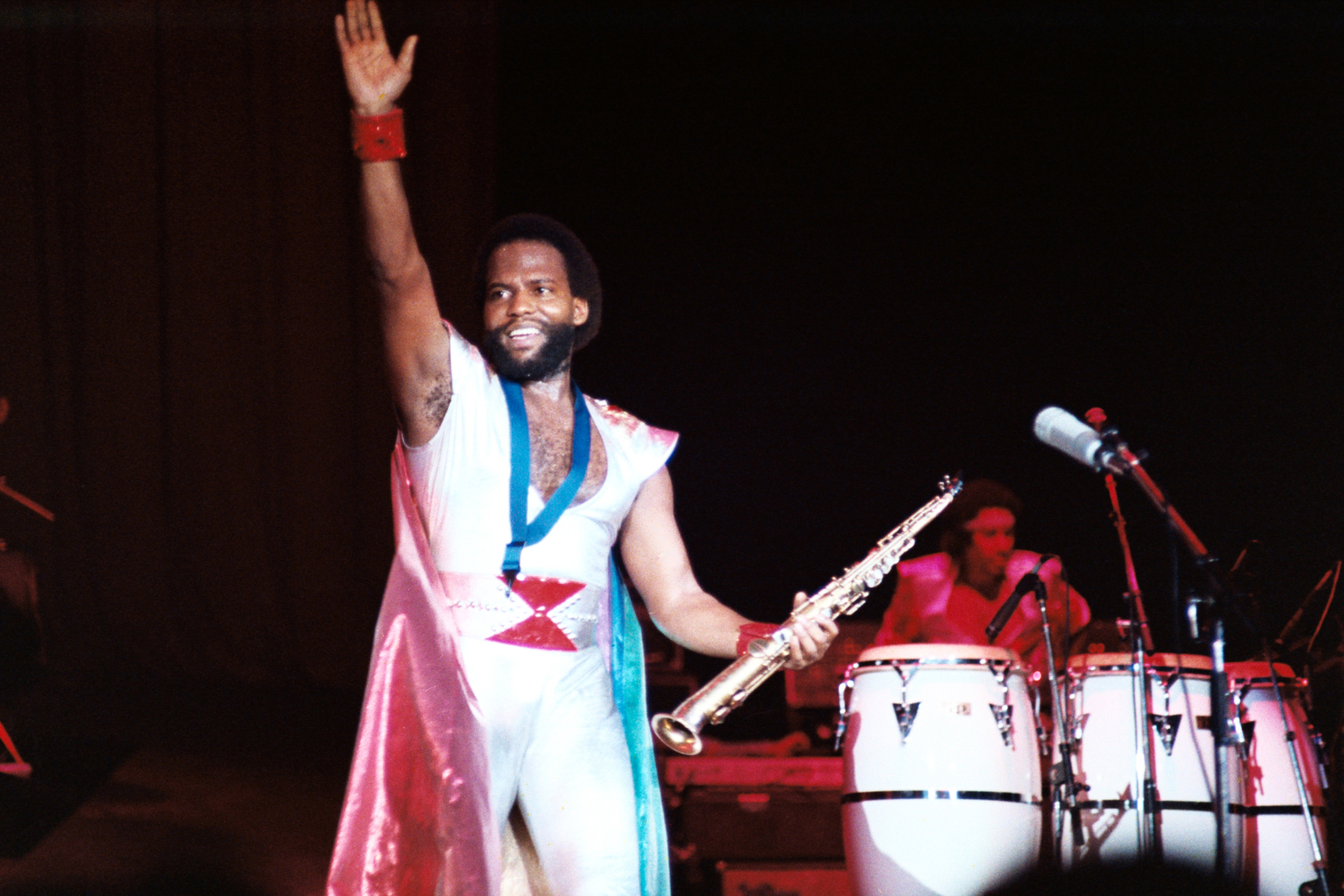 Andrew Woolfolk, the longtime saxophonist for Earth, Wind, and Fire and reliable hired gun for a slew of other artists, died Sunday, April 24. He was 71.

Earth, Wind, and Fire vocalist Phililp Bailey confirmed Woolfolk’s death on Instagram. No exact cause was given, but Bailey said Woolfolk had been “ill [for] over 6 years.”

“I met him in high school, and we quickly became friends and bandmates,” Bailey wrote, adding, “He has Transitioned on to the forever, from this Land of the dying to the Land of the Living. Great memories. Great talent. Funny. Competitive. Quick witted. And always styling. Booski… I’ll see you on the other side, my friend.”

Woolfolk was born Oct. 11, 1950 in Texas, but was raised in Colorado, where he later met Bailey. It was Bailey who tapped Woolfolk to join Earth, Wind, and Fire in 1973. At the time, the group had already had some minor success, releasing a couple of albums and performing the soundtrack for Melvin Van Peebles’ Blaxploitation classic Sweet Sweetback’s Baadasssss Song. Following the departure of saxophonist/flautist Ronnie Laws, Bailey suggested Earth, Wind, and Fire tap his old high school friend, Woolfolk, as his replacement.

At the time, Woolfolk was living in New York City, studying saxophone with jazz great Joe Henderson. He was also considering a career in banking when Bailey’s offer came in, but he ultimately chose music.

Woolfolk’s first record with Earth, Wind, and Fire was 1973’s Head to the Sky, which became their first album to go platinum. The record kicked off a wildly successful stretch for the group, which continued with 1974’s Open Your Eyes — a Rolling Stone review specifically praised Woolfolk’s “fluent soprano sax” — and reached a peak with 1975’s That’s the Way of the World. On the strength of the smash single, “Shining Star” — which hit Number One on the Billboard Hot 100 — That’s the Way of the World became Earth, Wind, and Fire’s first Number One album on the Billboard 200 albums chart as well (it was later certified triple platinum).

Earth, Wind, and Fire maintained a remarkable level of success throughout the Seventies, though their popularity dipped a bit in the early Eighties. Following the release of 1983’s Electric Universe, Earth, Wind and Fire, went on hiatus.

In the late Seventies, Woolfolk began playing on other artists’ albums, and he continued to do so during Earth, Wind, and Fire’s break. Early on, he played with artists like Deniece Williams and Valerie Carter, and continued to work with Bailey, playing on two of his gospel solo records, 1984’s The Wonders of His, and 1986’s Triumph (the latter won a Grammy for Best Male Gospel Performance).

Woolfolk was on-hand when Earth, Wind, and Fire reunited in 1987, and he continued to play with the group until officially leaving in 1993. After his departure, Woolfolk kept playing, linking up with Phil Collins to perform on his 1996 album, Dance Into the Light; he also joined Collins on the road a bit as well, eventually appearing on a live recording of Collins at the Montreux Jazz Festival in 1996, which was released in 2004. In 2000, Woolfolk was inducted into the Rock and Roll Hall of Fame as a member of Earth, Wind, and Fire.