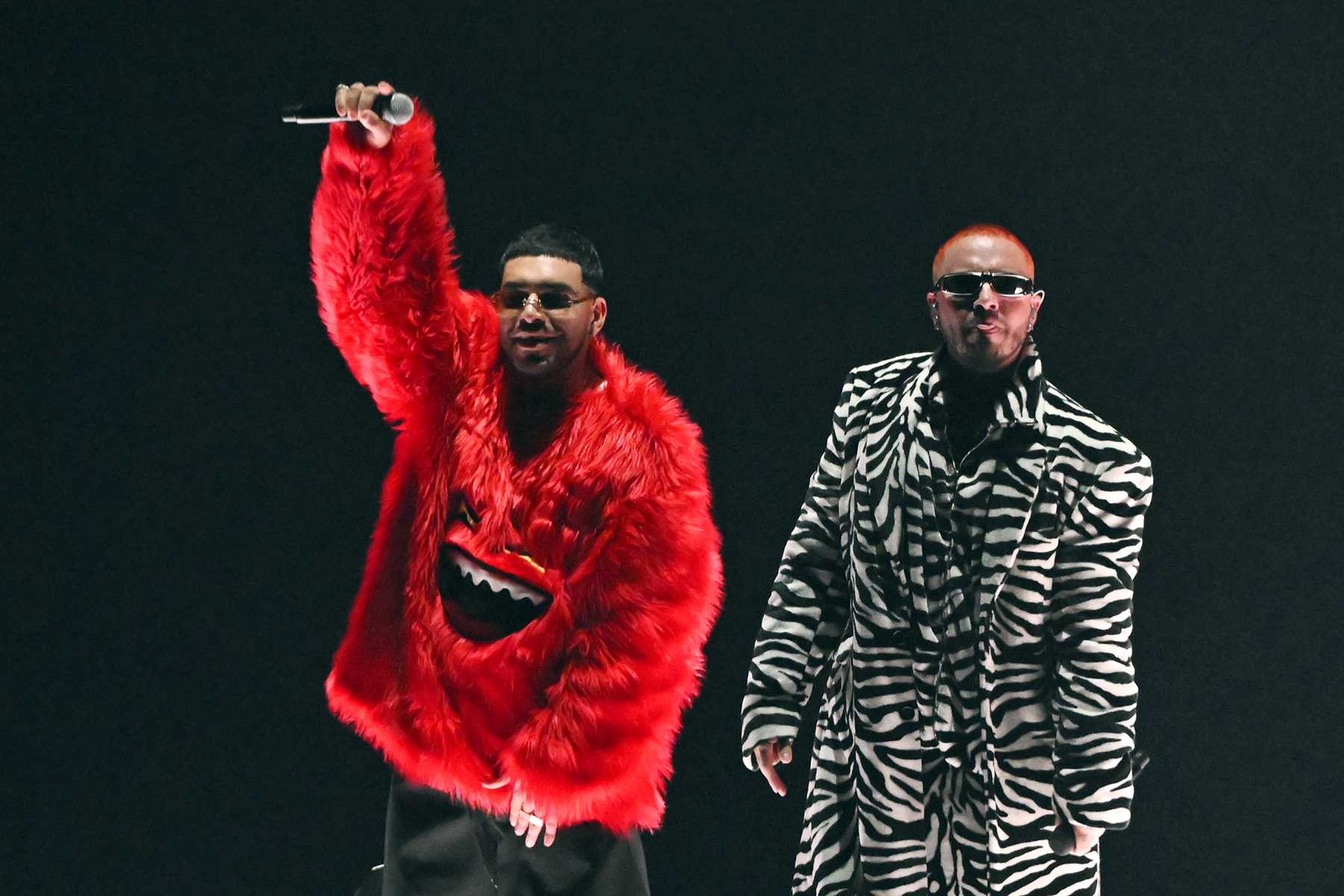 An AR booty! J Balvin and Ryan Castro represented Colombia at the MTV VMAs. On Sunday, the reggaetón stars performed their recent single “Nivel de Perreo” as an augmented reality-built woman (with an augmented reality booty) shook her behind to the duo’s collaboration.

Balvin in a zebra print outfit and Castro with a muppet-like red sweatshirt — reminiscent of Balvin’s Vibras LP cover — took the stage to sing their summer single as both the giant AR lady (and a set of dancers) showed off their assets to the song’s infectious beat.

“From Medellín, Colombia,” the two said in Spanish to end their performance.

Balvin has won five VMAs trophies throughout his career. His last award came in 2020, thanks to his collab with Maluma, “Qué Pena.” He performed “Qué Pretendes” at the prior awards show, alongside Bad Bunny. He also won the award for best Latin and best choreography for “Con Altura” with Rosalía that year.

Balvin spoke to Rolling Stone earlier this summer about the future of reggaetón.

“It’s more about the good vibes. The music always has a full circle with the way it was, like in the Nineties. But they’re also refreshing it, like Rauw Alejandro with the dancing. We needed that type of artist in our game,” Balvin said. “When we did Oasis with Bad Bunny, I wanted to support the new thing.”

He added, “That’s why I’m in the middle: I’m not old school because I wasn’t with the OGs, the ones who started it. And I’m not new. I understand both styles pretty well.”

The 2022 MTV VMAs are airing live from the Prudential Center in Newark, New Jersey.