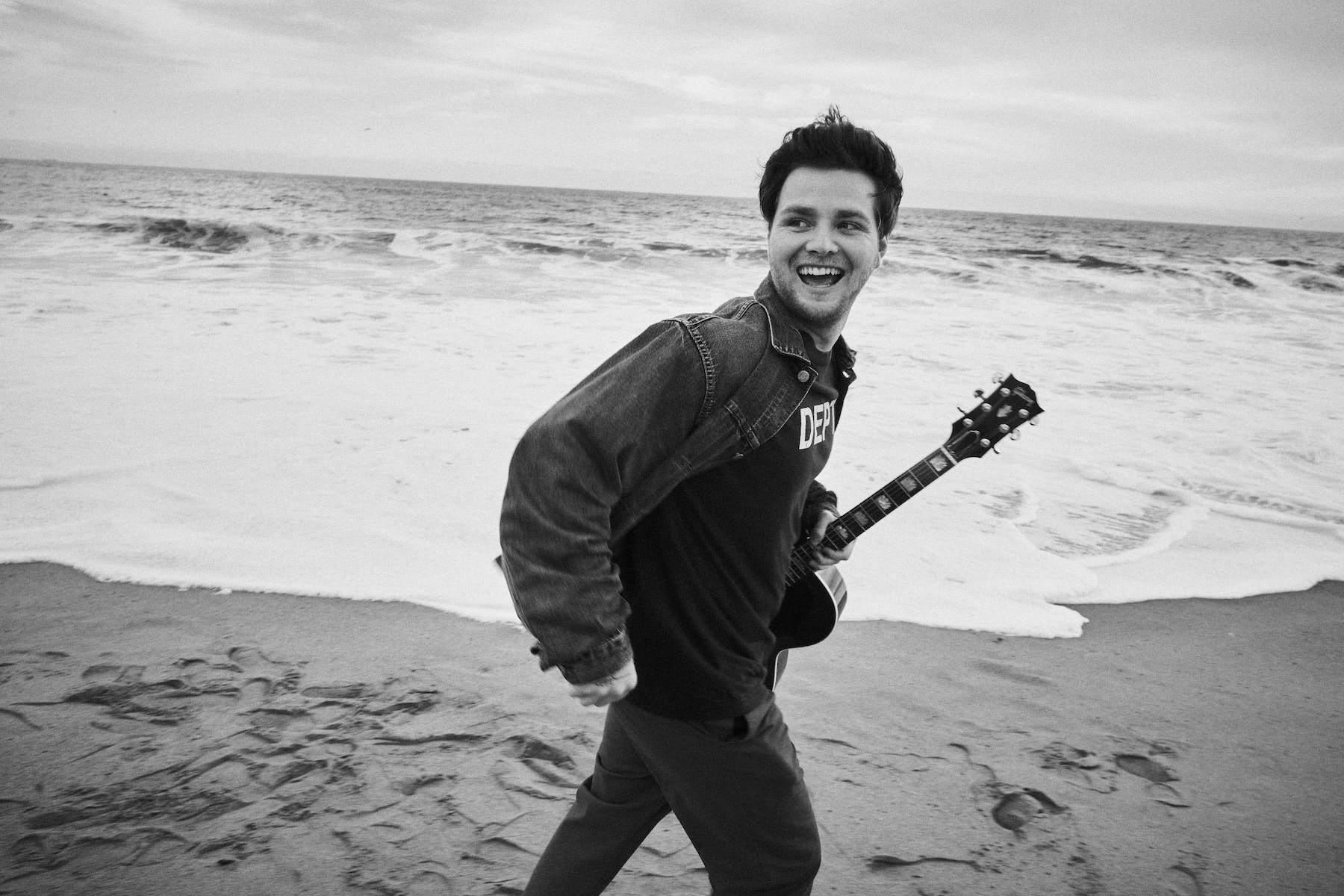 Alex Warren has unveiled his debut single, “Headlights.” The vulnerable ballad, which he has been teasing for the past month, documents the singer’s ongoing battle with anxiety and depression.

“‘Headlights’ is about anxiety, feeling like an audience member watching your own life, and all the things you can’t control,” 21-year-old TikTok star explained to Rolling Stone. “This song means a lot to me because it perfectly describes how I’m currently feeling, as opposed to my previous tracks, which were more focused on events from my past. The song is inspired by a troubling time when I was 17 and felt I couldn’t do anything to get out of the hole of my anxiety, but also how I can still feel that way today. Experiencing that same anxiety despite my different circumstances is mesmerizing in a way. Releasing art that relates to people who share that struggle with anxiety and mental health issues, a struggle that can feel lonely and confusing, feels really powerful and beautiful to me.”

Ahead of the release of “Headlights,” Warren shared the first episode of his self-produced docuseries, I Hope You’re Proud. The series follows the singer’s unconventional journey into music, from sleeping in friends cars with nothing but a camera and a laptop to signing a deal with Atlantic Records and acquiring over 20M+ followers on social media. The series also reflects on how Warren attributes his success to his late father, who passed away when he was nine years old.

Warren released his first single, “One More I Love You,” which channeled his traumatic childhood experiences, last year. Since then, he has released two more singles, “Screaming Underwater” and “Remember Me Happy.” He announced his signing with Atlantic in August.

“Growing up with the cards I was dealt, I never thought pursuing music would be a possibility,” the singer noted in a statement. “I’ve always dreamed of working with a record label and have admired Atlantic’s roster of artists for so long. I remember my first meeting with Atlantic so clearly because they immediately believed in what I had to say. They wanted to guide me and surround me with an experienced team to take my music to the next level and I’m so excited to do just that.”