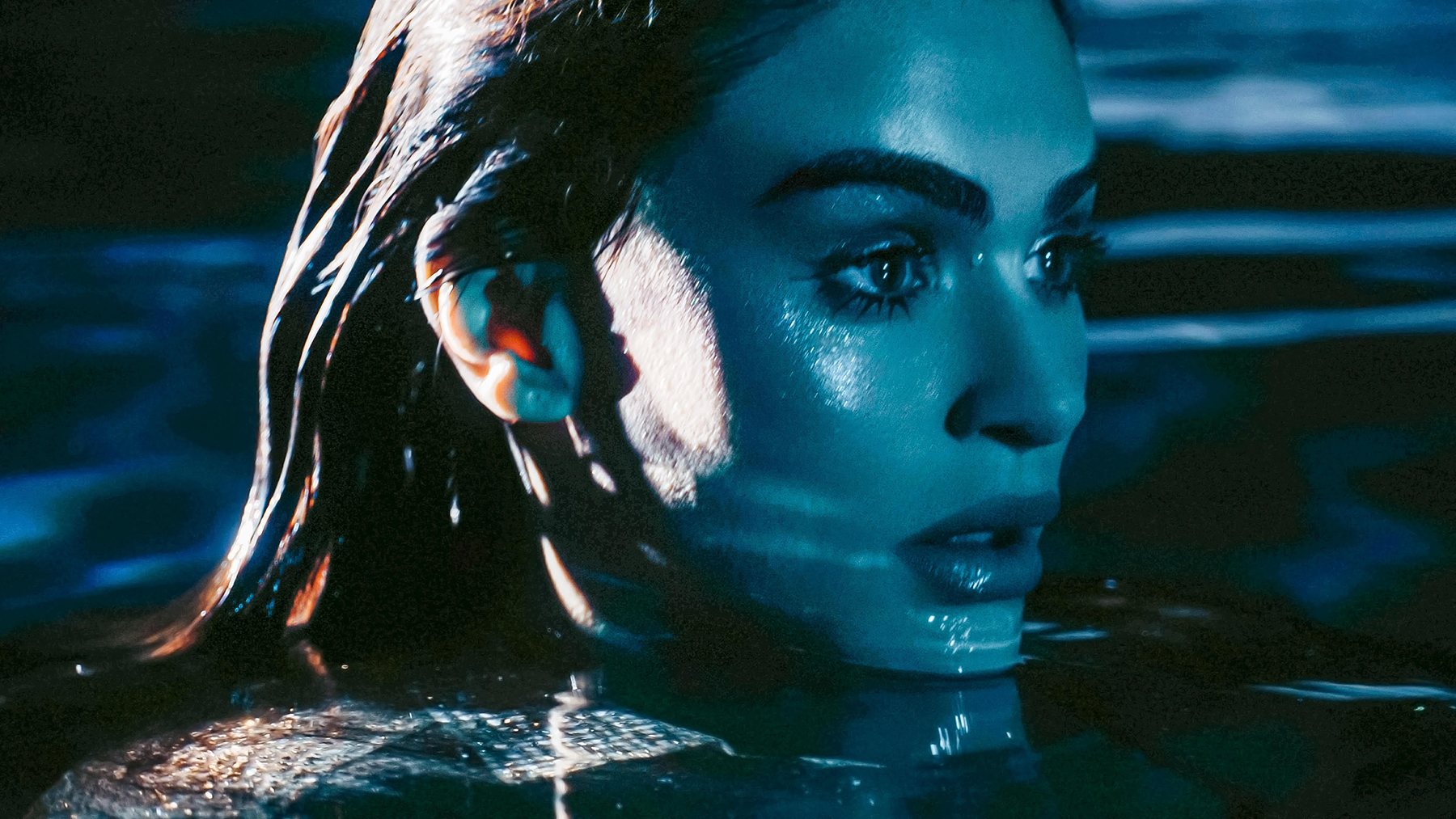 Aimée Osbourne, who records music as ARO, has an extensive library of songs she is mustering the courage to release.

“Because I grew up in a known family the sense of protection around my privacy was maybe a little more heightened than had a grown up in a family that perhaps wasn’t as known,” says Osbourne, whose parents are Ozzy and Sharon Osbourne. “I think [holding onto those songs] is the constant effort to try and make peace with that and navigate through that as an independent artist that also has the right to express themselves, regardless of any fear of a backlash.”

Thursday, Osbourne is releasing “Against Mine,” a dusky meditation on attachment in relationships that she wrote with producer Linus Wiklund a few years ago. Although they worked on the song before the pandemic, the lyrics seem to reflect the lockdown loneliness people have felt over the past few years.

“Weakened from the aching in your bones, your hands trouble ’cause they know,” she sings, “too scared to touch me so, just lay your mind next to mine.” A slow-motion synth-scape swirls around her voice as she sings about making a bid for someone’s heart. She spends much of the video underwater, struggling to come up for breath, and in the moments she’s on dry land, she’s singing about wanting to feel her lover’s lips, but one never appears.

“It was honestly one of the fastest songs I’ve ever written,” she says. “It was miraculous.”

Looking back on when she wrote the words, Osbourne says she was in a “conflicted” place emotionally as she was learning about the push-pull dynamics of relationships. “I really tried to capture the element of frustration that comes with not feeling like you can actually express how you really feel about someone,” she says. “And then if you do, how they pull away, even though they might feel the same way. The ebbing and flow of that were fascinating to me.”

Setting the mood for the song wasn’t difficult since Osbourne is a natural introvert; “I guess that’s one of the benefits of being an over-analyzer and a bit of a loner,” says the artist who as a teen opted not to appear on MTV’s The Osbournes despite being the couple’s eldest child. The real challenge was daring herself to open up and be vulnerable publicly. Her preferred reading material lately has been books about psychology and self-help with titles like The Highly Sensitive Person, as well as the odd romance novel.

Opening up is a process Osbourne has slowly come to terms with in the past few years as she has sporadically released singles and performed live only a few times. She overcame a big hurdle emotionally in the fall of 2020 when she decided to release an album, Vacare Adamare — another huge collection of songs she had been holding onto — at a time when she knew she would get the most out of people’s attention spans. Songs like “House of Lies,” which slowly unfolds over a sinewy keyboard line, explored grasping her destiny, while “Shared Something With the Night” is like a heavy electropop rumination on her dark side.

“[Releasing the album] was a really conflicting decision for me because it has taken such a long time for that to come together,” she says. “And then when the pandemic hit, I thought to myself, ‘I feel like there have been many times in my life where I haven’t grasped the art of timing,’ and I got to a point where I was like, ‘Maybe a lot of people that would really welcome and enjoy listening to a new body of work during this time where everyone’s in a somewhat of a detention. I really learned to stand by a somewhat risky decision in regards to releasing it during that time. It really opened me up to the positive aspects of being able to connect with so many people so easily through your phone in a matter of seconds.”

The best part for Osbourne was that she didn’t feel like she had to live in her father’s shadow. Although she had braced herself for negative comments from his fans who might expect the Prince of Darkness’ daughter to make more headbang-able music, the feedback she got was positive. She has also gotten words of support from her father.

“My dad has responded really positively to a lot of it,” she says. “It’s been a really fun way to connect with him about being in the same industry now. He is so dedicated and his ability to continue working and creating, his appetite for that is so admirable, it’s unbelievable. Nothing stands in his way when it comes to anything creative, whether it’s painting, writing lyrics, melodies. From the minute he’s awake to when he goes to sleep, that’s what he does. And so to have that as an example has been such a gift and to feel like something to live up to has been a great way to connect with him.”

Now she’s looking forward to following his lead and putting herself out there more, albeit on her terms. Osbourne plans on releasing singles rather than albums — “I feel a different sense of freedom and excitement that comes from releasing a couple of songs or a single at a time,” she says — and she hopes to launch a tour early next year. One song she’s teasing for the future is titled “Dahlia,” a nod to the murdered actress the Black Dahlia, a.k.a. Elizabeth Short, that explores the dark side of Hollywood. “Something my dad and I have in common is researching the darkest of things,” she says with a laugh. But as to when she puts it out is up to her.

“I never entered this world of music to become some dominating star,” she says. “I’m more of a shy person, but I’m also a really creative person. So I’m making peace with that and also with exposure in general. [Releasing the album] was just a really wonderful experience.”