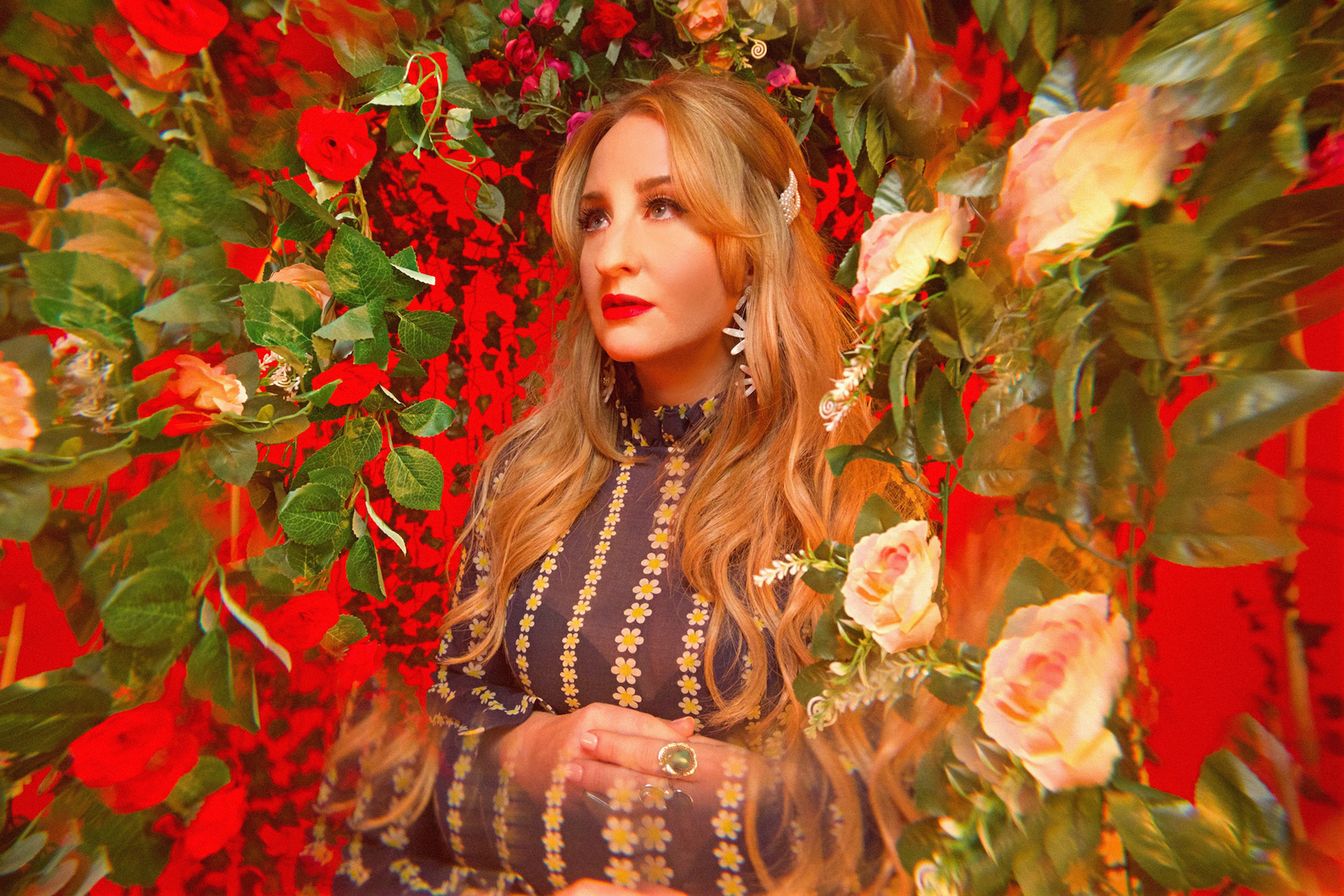 When singer-songwriter quinnie teased a snippet of her new song “Touch Tank” at the start of the summer, she wasn’t expecting for the single to become a trending track on TikTok.

“He’s so pretty when he goes down on me,” she sings over a gently strummed guitar. “Gold-skinned eager baby, blue shirt out the laundry. He tells me he’s gentle when he wants to be. So, I think he wants to be gentle with me.”

The song about female pleasure and not-so-subtle innuendos about manta rays and touch tanks took off on TikTok, the sound being used tens of thousands of times on the app and even more pre-saves on Spotify — all telling indicators the single would be a success when it was released on July 1. For quinnie, who hadn’t released any solo music since 2019, going from virtually no streams to having a nearly guaranteed breakout song was surreal.

But days before its debut, the Supreme Court overturned Roe v. Wade — almost immediately snatching away rights that had been the law of the land for the past 50 years. Suddenly, it didn’t feel right to release a song about casual sex when millions of people across the country would no longer have access to safe abortions, quinnie tells Rolling Stone.

“I was like, ‘I don’t feel comfortable going on the internet right now and preaching about security and safety in a relationship and having good sex when all this is happening,’” she explains, noting that she’s unlikely to be directly affected by abortion bans because she’s from New Jersey and currently lives in California. “I felt weird about going on the internet and being like, sex is awesome. I felt this shame and guilt even of being like, ‘Oh, I’m putting out this song at the end of the week.’”

Instead, quinnie decided to donate all revenue that came from the first week of streaming to the Indigenous Women Rising Abortion Fund. “I was like, ‘I have something that people want’ and I think there’s a way to make it so that the song isn’t just existing in an echo chamber,” she says.

“These things are very intertwined. Having good romantic and sexual relationships, on an interpersonal level, I think is equal parts important to having bodily rights in your own country. They’re two very big pieces of the same puzzle.”

By the end of the first week of the release, “Touch Tank” had more than three million streams, which meant quinnie was able to donate roughly $13,000 to the group’s abortion fund.

During her Glastonbury set in late June, Olivia Rodrigo called out the five Supreme Court justices by name who voted to overturn the decision, bringing out Lily Allen to send a pointed message with Allen’s 2009 song “Fuck You.” Lizzo teamed up with Live Nation to donate $1 million to Planned Parenthood and Abortion Rights and Rage Against the Machine donated $475,000 to reproductive rights groups in Illinois and Wisconsin.

It’s now been a month since Roe v. Wade’s downfall, leading eight states to completely ban the medical procedure and four states barring abortions after six weeks of pregnancy. The consequences have already been dystopian, with a 10-year-old girl crossing Ohio’s state lines for an abortion after she was raped and healthy pregnant women begging their doctors to vow to save them if their pregnancy suddenly became life-threatening.

And over the past few weeks, musicians have continued protesting and advocating for abortion rights. Halsey (who uses they/she pronouns) raised more than $136,000 for The National Network of Abortion Funds last Tuesday by auctioning off five original paintings they created during their recent “Love and Power Tour.” Paramore announced Friday it would be donating a portion of ticket sales for the band’s upcoming fall tour to various abortion organizations, including ARC Southeast, Kansas Abortion Fund and Women’s Shelters Canada.

Singer-songwriter Gracie Abrams, who toured earlier this year with Olivia Rodrigo, has been using her social media platform to share resources and donation links ever since the decision was handed down. While she told Rolling Stone in a statement that the leaked draft opinion should have prepared her for the forthcoming blow, she was still stunned by the news.

“There was something about the finality of it that was a gut punch in a way I think few of us expected,” she says. “Once the shock settled, it turned into rage. The idea that a government is regulating healthcare decisions that should be made exclusively between a person and their healthcare provider is not only backwards-facing, it’s predatory in the way in which it will first and specifically harm the people who need it the most.”

Last week, Abrams released a limited-edition T-shirt with all sale proceeds going to the National Network of Abortion Funds. “This is only a small part in a massively anti-democratic effort that is underway in this country,” she explains. “We all have a role to play, whether you have a platform or not, in ensuring our democracy survives.”

“Right now, the most important thing is to listen to experts: Doctors, lawyers, and activists, especially those who have been on the front lines for decades,” she adds. “Misinformation is going to be one of the biggest barriers to connecting people and keeping them safe. What I can do right now is use my platform to amplify the experts in this moment. That’s something we can all do, regardless of the size of one’s platform.”

Country singer-songwriter Margo Price finally released her song “Fight to Make It” featuring Mavis Staples and Adia Victoria on Bandcamp shortly after the decision, with all proceeds from streams and purchases going to Noise for Now, a nonprofit that connects artists with grassroots reproductive rights organizations.

Price tells Rolling Stone the song was originally written with her husband Jeremy Ivey back around 2018, highlighting the United States’ still-prevalent issues regarding gender and race. It was originally intended to be performed by Ronnie Spector, who agreed to record the song before her death in January at age 78.

Instead, Staples and Victoria lent their voices to the track, and when the news came down in late June, Price says that her fellow Tennessean collaborators all agreed the song “has to come out right now,” and waived their potential earnings from the song.

“It’s really interesting how something can take on more weight when something like this changes and really makes the lyrics and everything feel more powerful,” Price says. “I think there have been problems for a long time, but it seems recently a lot of them are now coming to light.”

In a statement announcing the song, Price took specific aim at pro-life advocates, pointing out that not only does the U.S. has the highest maternal mortality numbers for a developed country, but Black women have up to a three times increased risk of dying than white women.

“I feel like it’s something that everybody needs to be educated about more,” Price explains. “People that are saying that they’re pro-life, well, what are you pro-life for? You’re literally just protecting the unborn and we’re not protecting the mothers and daughters and sisters and aunts and everybody that is here and needs protecting.”

Adds Abrams: “You don’t need to be standing on a stage to imagine the horror of this.”