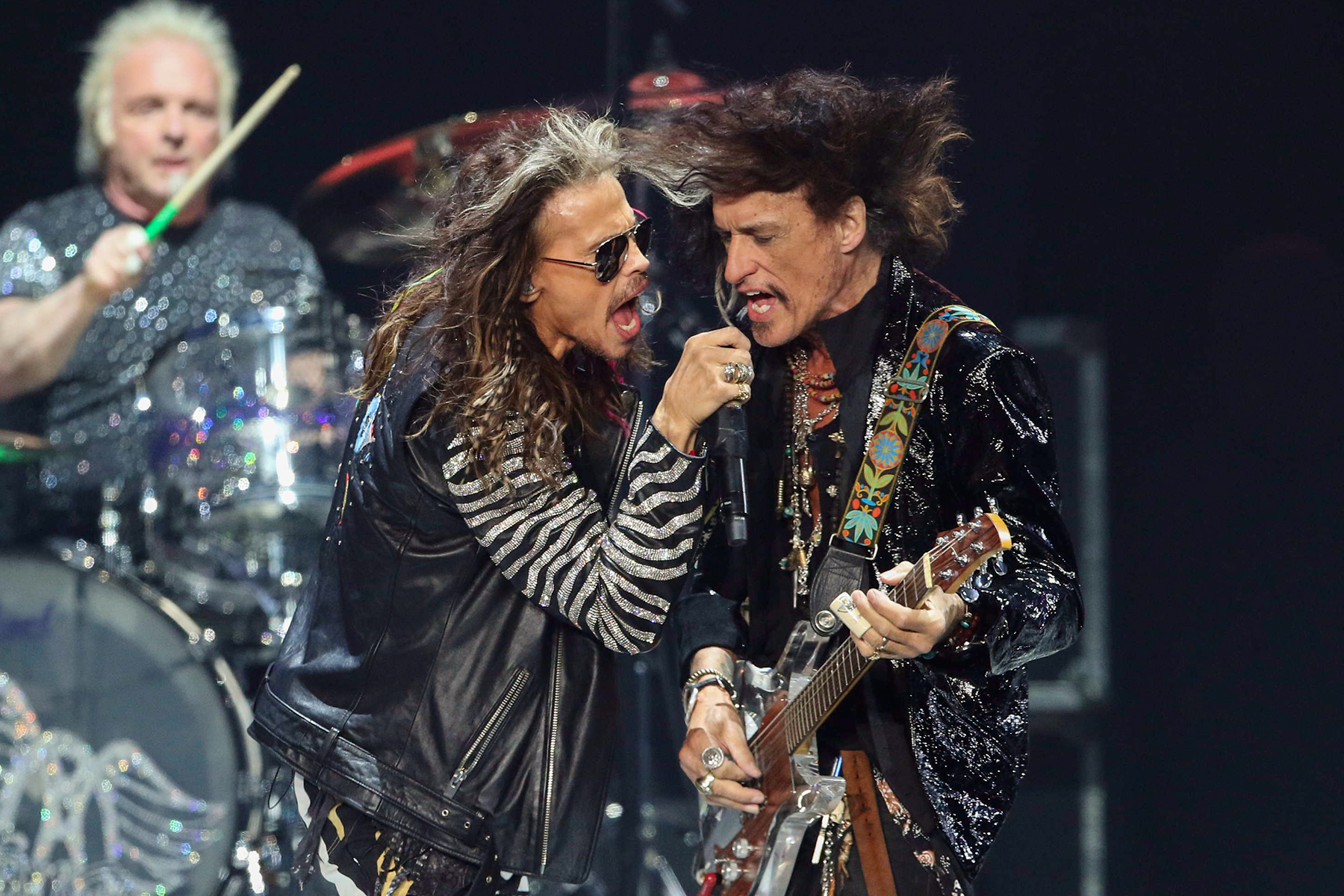 Reports of Aerosmith’s death have been greatly exaggerated. The group recently cancelled a European tour, months after guitarist Brad Whitford publicly expressed doubts that they’d ever perform again, but they’ve just announced a resumption of their Deuces Are Wild Las Vegas residency at Dolby Live at Park MGM. It kicks off June 17 and 23 other shows are booked through December 11. Tickets go on-sale March 31 via Ticketmaster.

“The only rust at Dolby Live is going to be on our van in the lobby!” Steven Tyler said in a statement, referencing the group’s 1964 International Harvester Metro van that was recently recovered and restored on an episode of American Pickers. “We are locked, cocked and loaded!”

The Aerosmith Las Vegas residency started in April 2019. The set changes a bit between shows, but it always mixes hits like “Love in an Elevator,” “Dream On,” and “Walk This Way ” with fan favorites like “Let The Music Do The Talking” and “Hangman Jury” and covers like “Viva Las Vegas” and Fleetwood Mac’s “Stop Messin’ Around.” The theater seats just 5.200 people, which is roughly a quarter the size of the arenas the band usually plays.

Drummer Joey Kramer was forced to miss several shows in 2019 after suffering a shoulder injury. (Drum technician John Douglas took his place behind the kit.) Things took a very dramatic turn in early 2020 when Kramer tried to return in time for their Grammy Week MusiCares tribute concert, and the band said he wasn’t ready yet. He tried to force their hand via a lawsuit, and even shared a video from rehearsals that seemed to show security blocking him from entering the building.

Kramer didn’t perform at the Grammy concerts, but he did appear alongside his bandmates at the festivities. On February 10, 2020, they finally brought him back into the lineup for a show in Las Vegas and seemingly put their issues to rest. But they played just three gigs before the pandemic took them off the road.

A European tour was on the books for this summer, but the group cancelled it in February. “The health, safety and well-being of our fans is our number one priority,” they said in a statement. “We will be back to rock out with everyone and we hope to have some exciting news to announce soon.”

Last year, Whitford alarmed fans when he expressed sincere fears about the future of the band. “I have my doubts about Aerosmith ever really performing again at this stage, because age is becoming a real factor,” he told guitarist Joe Bonamassa on his Live From Nerdville podcast. “And it is what it is.”

Fortunately, news of these 24 Vegas shows prove that Whitford’s concerns were a bit premature. Let’s just hope that all five members of the band take the stage on opening night.