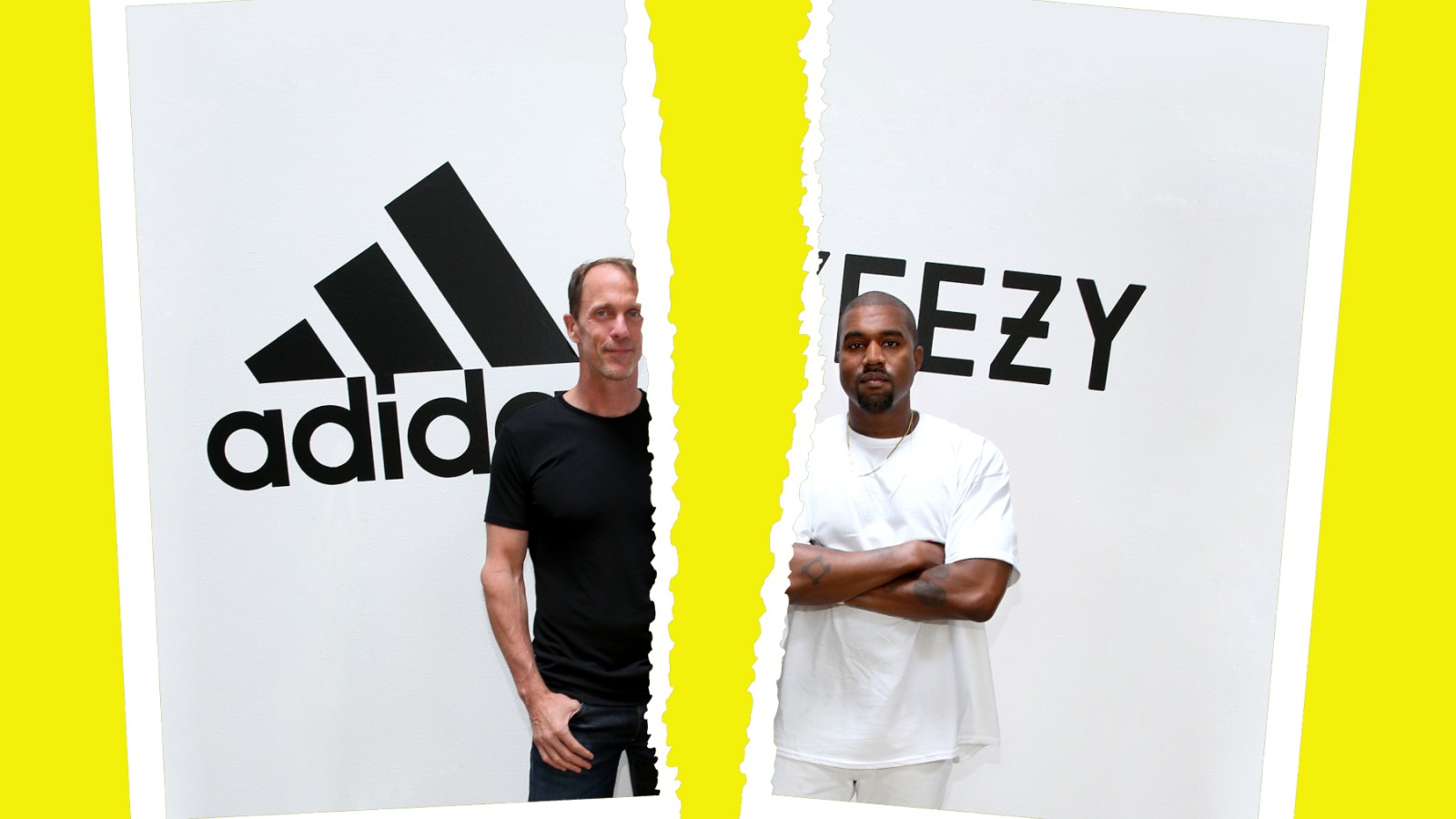 “Adidas does not tolerate antisemitism and any other sort of hate speech,” the company’s statement said. “Ye’s recent comments and actions have been unacceptable, hateful and dangerous, and they violate the company’s values of diversity and inclusion, mutual respect and fairness.

“After a thorough review, the company has taken the decision to terminate the partnership with Ye immediately, end production of Yeezy branded products and stop all payments to Ye and his companies. adidas will stop the adidas Yeezy business with immediate effect.”

Adidas is the latest to distance itself from West over his antisemitic statements. The talent agency CAA announced on Monday it was no longer representing him and the entertainment company MRC has pulled the plug on a documentary about West.

Adidas was called out in an open letter from the Anti-Defamation League, better known as ADL, condemning the brand for not disengaging with West despite his ongoing destructive behaviors. In fact, they pointed out that plans for the release of new Yeezy products, including the Yeezy Boost 350, closely coincides with upcoming anniversary of the Pittsburgh synagogue massacre on Oct. 27, which marked one of the most violent antisemitic attack in U.S. history.

“In light of Kanye West’s increasingly strident antisemitic remarks over the past few weeks, we were disturbed to learn that Adidas plans to continue to release new products from his Yeezy brand without any seeming acknowledgement of the controversy surrounding his most recent remarks,” they wrote. “At a time of rising antisemitism, when incidents in the U.S. reached an all-time high in 2021, such statements are more than damning – they are dangerous. Many other celebrities, as well as some corporations and pundits have joined ADL in calling out his hateful rhetoric. We hope that more companies, individuals, and political leaders will take action to show that there will be consequences for such hateful rhetoric and that they do not give Ye’s antisemitism a pass.”

The decision also follows weeks of hostility between the fashion brand and Ye, who recently accused both Adidas and Gap of leaving him out of conversations regarding their Yeezy collaborations. “After repeated efforts to privately resolve the situation, we have taken the decision to place the partnership under review. We will continue to co-manage the current product during this period,” the company expressed in a statement last week. “Adidas has always been about creativity, innovation and supporting athletes and artists to achieve their vision. The Adidas Yeezy partnership is one of the most successful collaborations in our industry’s history. We also recognize that all successful partnerships are rooted in mutual respect and shared values.”

In a phone conversation with Bloomberg in September, West said: “It’s time for me to go it alone. It’s fine. I made the companies money. The companies made me money. We created ideas that will change apparel forever. Like the round jacket, the foam runner, the slides that have changed the shoe industry. Now it’s time for Ye to make the new industry. No more companies standing in between me and the audience.”

The rapper’s initial approach to the conversation wasn’t as tame. Weeks before, he shared a mock New York Times front page that featured a headline declaring departing Adidas CEO Kasper Rørsted dead. He also took aim at Adidas Senior Vice President and General Manager Daniel Cherry, calling him a “weakling in a position of artificial power.”

West couldn’t have picked a worse time to embark on a fashion venture entirely on his own. In the past two weeks the artist has scorched – if not completely burned – bridges with a number of people within the fashion community and further tarnished his own rapidly declining reputation in the process.

While debuting the Yeezy Season 9 collection to an invite-only crowd of celebrities and insiders at Paris Fashion Week, West unveiled a T-shirt featuring a photo of Pope John Paul II on the front and the phrase “White Lives Matter” on the back. Multiple guests in attendance reportedly walked out of the event and later took to social media to condemn the rhetoric he used his platform to spread. Members of West’s team were later filmed handing out the shirts for free in Los Angeles’ Skid Row neighborhood

This all led to a collection of posts from West slamming veteran fashion editor Gabriella Karefa-Johnson, who described the shirt as an “incredibly irresponsible and dangerous act,” in addition to his convoluted suggestion that LVMH CEO Bernard Arnault “killed” acclaimed designer Virgil Abloh, who died last year after a battle with cancer at age 41.

In response, Tremaine Emory, founder of the brand Demin Tears and the current creative director at Supreme, publicly condemned West on Instagram, writing: “I gotta draw the line at you using Virgil’s death in your ‘ye’ is the victim campaign in front your sycophant peanut algorithm gallery.”

West was recently called out for allegedly lifting ideas from emerging designers who claim that, after they met with Kanye and his team, their work was lifted without their knowledge or permission.

Francisco Mateo Baca, who also goes by Franky Baca, recalled his experience meeting with West’s team. He believes someone from Ye’s team “borrowed” his concept for the YZY SHDZ. The frameless sunglasses – which have already been worn by the likes of Steve Lacy, Lil Uzi Vert, and Anna Wintour – were originally planned as part of his Yeezy Gap collection.

“I’m talking to their creatives and stuff and they’re like, ‘Oh, yeah, this is nice. We love this,’” Baca shared. “They were telling me, ‘Yeah, Ye’s going to love this.’ So I was like, ‘All right, cool.’ And then, next thing I know, I see pictures of my glasses design on social media.”