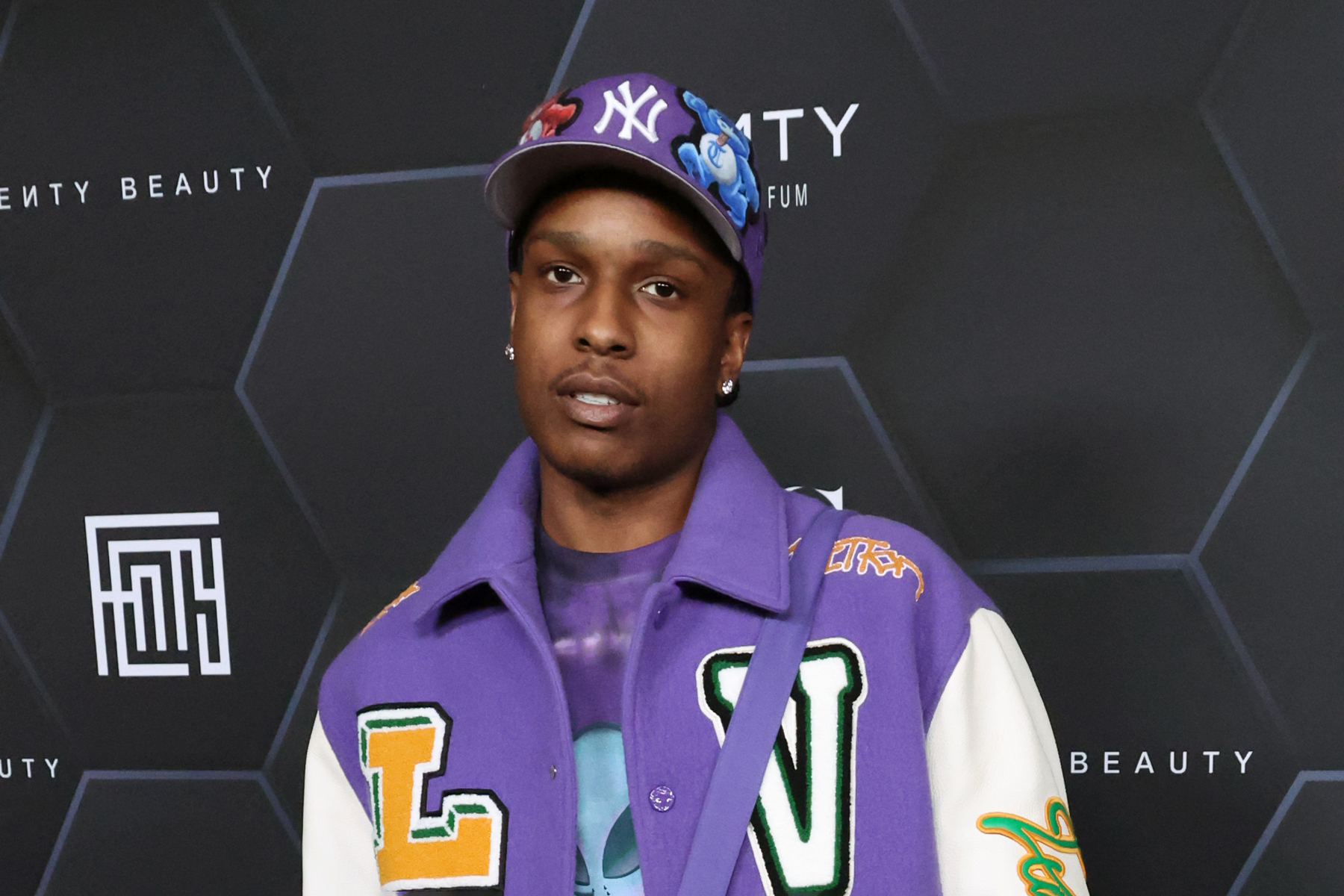 A$AP Rocky appeared in a Los Angeles courtroom Wednesday and pleaded not guilty to charges he shot his former friend – an early member of the A$AP Mob – during a “heated discussion” on a Hollywood street last November.

The Harlem rapper, whose real name is Rakim Mayers, was charged Monday with two counts of using a semiautomatic firearm to assault Terell Ephron, also known as A$AP Relli. Rolling Stone was first to report last week that Ephron was the alleged victim in the felony case and had filed a civil lawsuit against Mayers for assault, battery, negligence and intentional infliction of emotional distress.

Mayers wore a suit, tie and glasses for his first appearance and stood with his new lawyer, Sara L. Caplan, at the far end of a hallway behind his private security detail before the courtroom opened. Caplan later entered the not guilty plea on her client’s behalf as Mayers spoke only to agree that his next court date will be Nov. 2.

The judge then launched into the protective order requested by prosecutors that bars Mayers from possessing and firearms or ammunition and prohibits him from contacting or coming within 100 yards of Ephron.

“We request that the protective order be mutual, your honor, because my client does not pose a danger,” Caplan said, addressing Judge Victoria Wilson.

“As the case now stands, there is a case against Mr. Mayers. If one is subsequently filed against Mr. Ephron, we could deal with that then,” Judge Wilson responded.

Caplan then asked if Mayers would be permitted to travel for work. Judge Wilson said he should “clear dates” with the court first. Mayers, who remains free on a $550,000 bond, could face up to nine years in prison if convicted as charged.

Ephron’s lawyer, Jamal Tooson, also attended the arraignment but declined to comment. A process server approached a member of Mayer’s entourage, apparently attempting to serve him with the civil lawsuit.

According to Ephron’s complaint, Mayers asked him to meet at a location in Hollywood on Nov. 6, 2021 and “initiated a verbal altercation.”

“During this altercation and while in close physical proximity to the plaintiff, the defendant pulled out a handgun and purposefully pointed it in the direction of the plaintiff and fired multiple shots,” the lawsuit states. Ephron purportedly “was struck by bullet projectile/fragments” in his left hand and had to seek medical attention.

“Unbeknownst to Mr. Ephron, A$AP Rocky was not just planning for a conversation and came armed with a semi-automatic handgun,” Tooson and his co-counsel Brian Hurwitz said in a prior statement to Rolling Stone. “After arriving at the location, a conversation ensued whereby without provocation, warning, or any justification, A$AP Rocky produced the handgun and intentionally fired multiple shots at Mr. Ephron.”

Though the shooting happened in November, it wasn’t until Mayer’s surprise arrest in April that the rapper was connected to the incident. Mayers was returning from a trip to Barbados with a heavily pregnant Rihanna when he was taken into custody shortly after landing at LAX Airport on a day that also saw investigators raid him Los Angeles home.

He quickly posted his $500,000 bond and was free when he and Rihanna welcomed their first child together in May. Earlier that month, Rihanna appeared in the music video for Mayers’ track “D.M.B.”