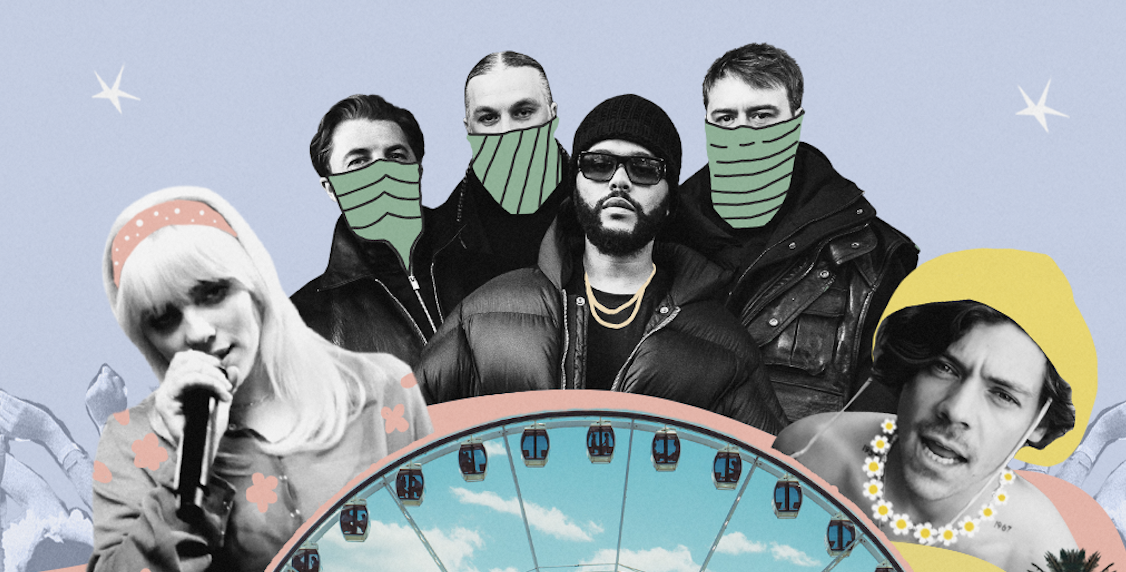 Festival season is back. This month, thousands of music fans will head to the 2022 Coachella Music Festival to see headliners like Billie Eilish, Harry Styles, the Weeknd and Swedish House Mafia, along with a huge lineup of other artists.

Weekend passes to the festival are still available, but if you didn’t book a ticket to the desert this year, there’s still a way you can catch some of the live acts at home. This year, Coachella will host a livestream for this year’s festival on YouTube, and you can watch it all for free.

Here’s what to know about tuning into the Coachella livestream (and how you can still score last-minute passes if you hurry).

Related: What to Know Before Visiting Coachella 2022: Latest Guidelines and Regulations

Aside from catching festivalgoers’ TikToks or social posts, the only way to livestream Coachella from home is through the Coachella livestream on YouTube this year. YouTube set up three different livestream channels for the two weekends, which will all stream different artists at the same time, just like you’re really there at Empire Polo Club in Indio, California.

YouTube announced that the following weekend’s livestream, called “Coachella Curated,” will go beyond the livestream to include exclusive content from the different artists on the lineup, along with artist interview and even virtual pre-parties throughout on YouTube Premium. You’ll also get the chance to buy merch from Billie Eilish to Brockhampton on both festival weekends. The bottom line: You wouldn’t get this kind of experience anywhere but home.

Check out all of the livestream channels below, along with what to know about streaming Coachella’s YouTube stream directly to your other devices, like your smart TV.

Can You Watch the Coachella Livestream on TV?

Whether you’ve bookmarked the Coachella livestream on YouTube, or you’re planning to have it on in the background, there are a few ways to get the most out of the stream. Viewers can livestream Coachella at home and cast the sets to their devices, including a smart TV, laptop, or desktop — all through the YouTube app.

If you have a smart TV, like the Amazon Fire TV above, you can simply watch the Coachella livestream for free through the YouTube app on your television.

Those with streaming gadgets like say, a Fire TV Stick or your Roku device, can also stream Coachella’s livestream through the YouTube app at home. Just check ahead of time to make sure you can download the YouTube app to use on the streaming device you own.

Finally, you’ll want to make sure the livestream sounds as good as if you were really at the festival. For compact, portable soundbars, we recommend the new Sonos Beam, or simply connecting your device to a portable speaker like the Bose SoundLink series or the smart Sonos Roam speaker.

Can You Watch Coachella 2022 Online Free?

Yes, you can livestream Coachella for free on YouTube, and all you’ll need is a strong WiFi connection to watch your favorite artists hit the stage throughout Weekends 1 and 2 as they’re performing. And if you miss the performance, some of the sets will get replayed online, too, so you don’t have to worry about missing a song.

Unlike other music festival livestreams, including last year’s Lollapalooza festival, which was streamed exclusively on Hulu, you won’t need a streaming service subscription to catch the Coachella sets live on your screen.

Related: How to Get Last-Minute Tickets to Coachella (and All the Coachella Parties)

Coachella announced its official set times and schedule for this year’s lineup, including its headliners, on Thursday.

Harry Styles, whose upcoming album Harry’s House drops in May, will perform on both weekends of the festival on April 15 and 22, respectively. His set starts at 11:35 p.m. on the Coachella Stage.

Billie Eilish, who’s in the middle of her 32-date Happier Than Ever world tour, will headline Saturday, April 16 and 23. Eilish takes the Coachella Stage at 11:30 p.m.

Headlining April 17 and 24, the Weeknd and Swedish House Mafia will perform on both Sundays of Coachella. On Thursday, the festival announced the “Moth to a Flame” artists will hit the Coachella Stage on Sunday night at 10:20 p.m.

Can You Watch Harry Styles, Billie Eilish, the Weeknd and Swedish House Mafia at Coachella Online?

Though Coachella has released its 2022 lineup already and shared its official schedule for the three-day weekend on social, the festival and YouTube haven’t announced the festival’s livestream lineup just yet.

In other words, if you hoped to stream your favorite band or artist’s Coachella set, you might have to wait a little longer, as it’s unclear what time or which artists’ sets you can watch at the time of publication.

That said, we’ll continue to update this story once the official livestream schedule and lineup get released.

How to Get Last-Minute Coachella Tickets

Even if you haven’t scored Coachella tickets yet, you still have some time to buy last-minute passes to the festival.

Coachella passes are still available to purchase on verified ticket sites like Vivid Seats, StubHub, and Ticketmaster. And it goes without saying, but don’t buy tickets from an unverified site or online marketplace, and stick with only official resellers.

For more ways to find last-minute Coachella passes and where to find all the coolest parties, check out our guide to getting your Coachella tickets.