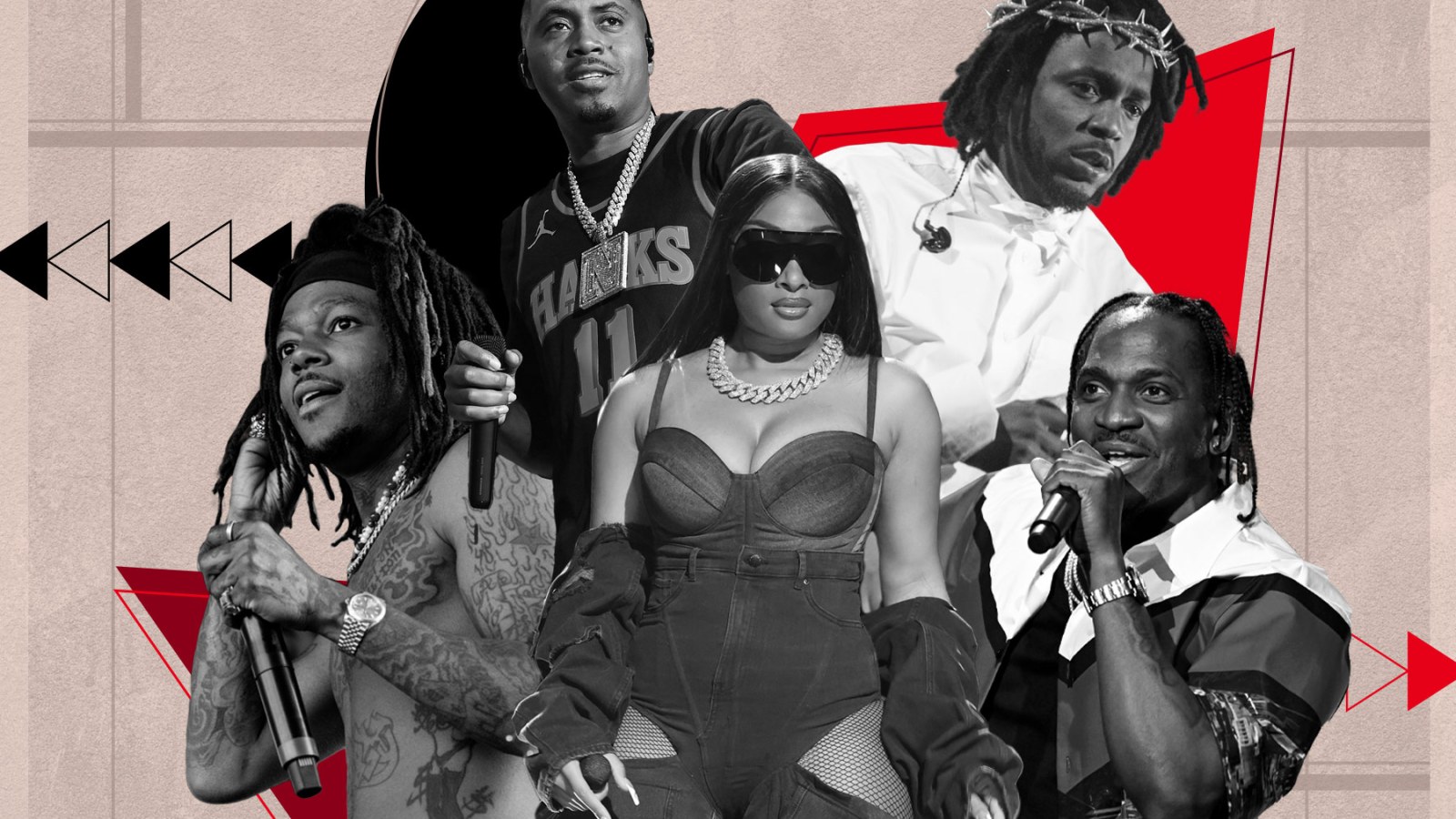 Pusha T’s top-tier dope raps, JID’s dynamic vision, and Megan Thee Stallion’s fearless confidence were only some of the highlights from one of the most surprising years in rap music.

In 2022, the hip-hop world experienced a real reshuffling of the decks. At the top of the year, megastars Drake, Kanye West, and Kendrick Lamar delivered landmark albums that fell shy of possibly outsized expectations. In Ye’s case, one of the genre’s brightest stars fell shamefully into a stance of bigotry and confoundingly bad choices, all as the music deteriorated. But rap is built on movement, and 2022 proved that the well of talent in the hip-hop world is as fresh and exciting as ever. A new generation of artists — like JID, Smino, and Mavi — is entering new heights in their careers, dropping some of the year’s most compelling releases.

Still, even amidst rap’s shifting dynamics, some things stay true. Nas, whose been particularly prolific in recent years, joins the consistently hard-working lyricist Pusha T as the two rap elder statesmen who released some of their best work this year.

And that’s only scratching the surface.