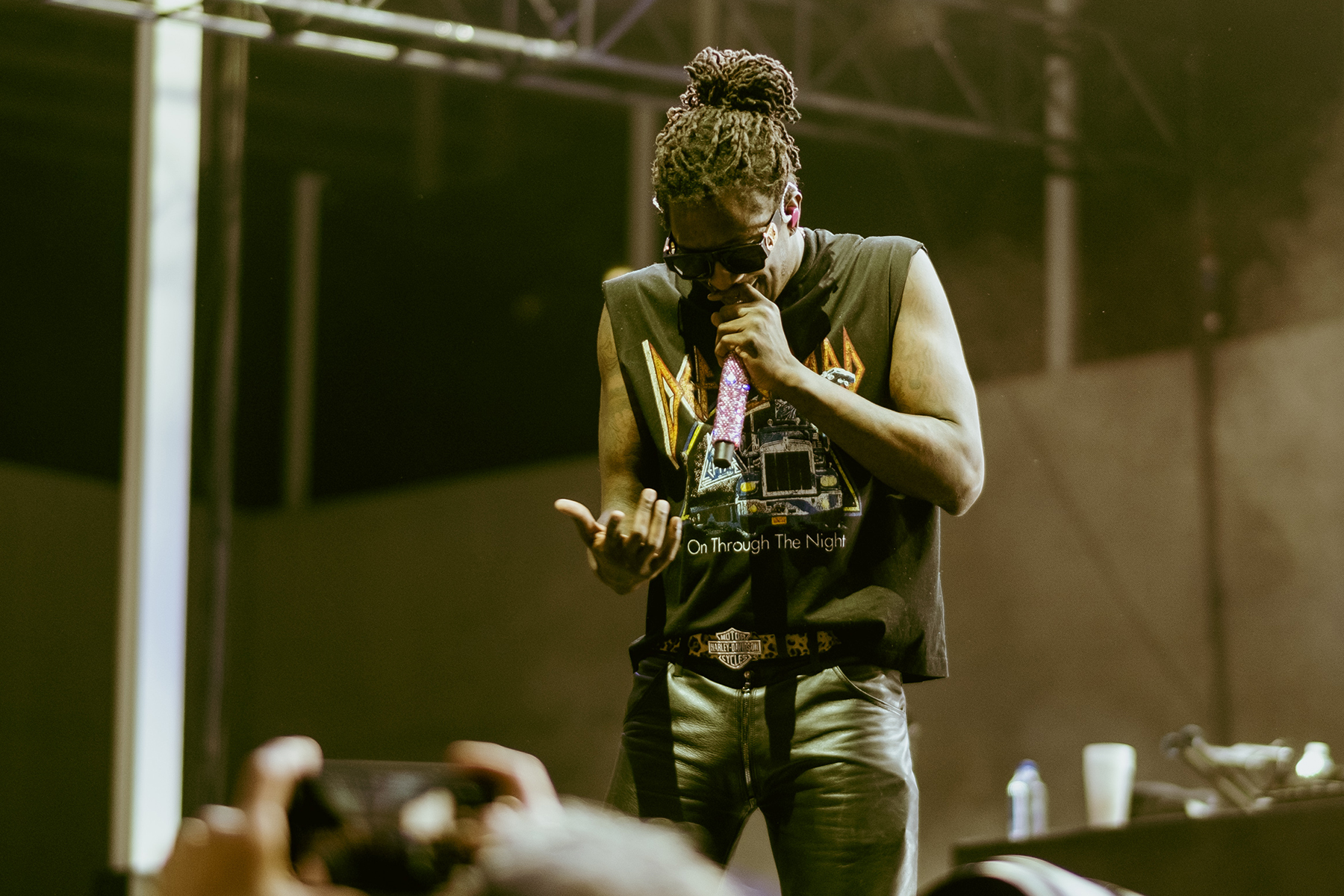 Willie Nelson’s Luck Reunion took place on Thursday in Spicewood, Texas — but back in Austin, SXSW was still chugging along, showcasing a variety of acts (and food). From Young Thug to Danielle Ponder, here are our highlights.

Young Thug
The last time SXSW held an in-person festival, the Waterloo Park at Moody Amphitheater did not exist. The outdoor venue is part of Austin’s plan to replace the outdated institution the Frank Erwin Center — and given its newness, it can’t help but feel a little like a satellite orbiting the center of Austin’s downtown during the festival.

All of which makes it a good fit for Young Thug, the consistently trend-setting rapper who may be the biggest current hitmaker playing the event. Appearing at an event sponsored by Samsung and Billboard, Young Thug benefitted from the association of SXSW without necessarily feeling like part of the broader event; the crowd was either there for him, or they were here to party on St. Patrick’s Day.

Prior to his arrival, Gunna performed a focused, fiery set — the kind of performance that threatens to eclipse a headliner. But Young Thug made sure that didn’t happen, prowling the stage with casual authority. He wasn’t attempting to win the crowd, he assumed they were with him already. His assumption was generally correct, as the audience followed his ebb and flow, rallying when the tempo escalated, chilling when it settled into a groove. They were ready to heed a call and response, but they weren’t going to push Young Thug anywhere he didn’t want to go. Like a superstar, he ended the proceedings on his own terms, ending the set a full half hour ahead of schedule.

Danielle Ponder
Tucked away off of the busy thoroughfare of Congress, the Parker Jazz Club is an unusually relaxed respite from the madness of SXSW. Its intimate environs provided an ideal showcase for the charms of Danielle Ponder. A powerhouse of a vocalist, Ponder just turned 40 at the dawn of the year, choosing to abandon her position as a public defender to pursue music. She does acknowledge her professional background — the closer “Poor Man’s Pain” is a song about the plight of under-financed defendants — but these themes have more to do with her grounding in classic soul. She teases collective memories of smooth sounds, but she’s not beholden to the past: Her rhythms have a slight trip-hop lilt that enlivens the deep soul groove. Such shopworn song titles as “Only the Lonely” are freshened by her penetrating perspective and elegant melody. Ponder commands the stage, overshadowing her empathetic support as if by design. Her emotional journey from sorrow to joy is the focus, even more than her sturdy songs.

Muna
Specks of green were scattered throughout the lively St. Patrick’s Day crowd that greeted Muna at the Container Bar on early Thursday evening. The pent-up energy of the audience was heightened by the band’s delayed entrance, but when the band arrived complete with lead singer Katie Gavin bedecked in a purple blazer, Muna tapped into the vitality laying latent in the crowd.

Muna’s knowing retro New Wave throb can be a bit of a funhouse mirror. It’s a reflection of a revival, recalling the stylish echoes of synth-pop over the last few years — yet Muna’s distance from the sound’s point of origin gives them a freshness. It also helps that when Muna plays live, their stylistic affectations are stripped away, leaving muscle and verve; they hit harder than you’d expect. Muna plays with an urgency that’s infectious and a guilelessness that’s endearing. They’re also not afraid to wear their hearts on their sleeve, scanning the audience at the conclusion of their set and declaring that queer people are “the best people.” This statement echoed Gavin’s words earlier in the show, when she introduced a sensitive new ballad with a dedication to all the trans youth in Texas, declaring that “It’s definitely child abuse to refuse human rights.”