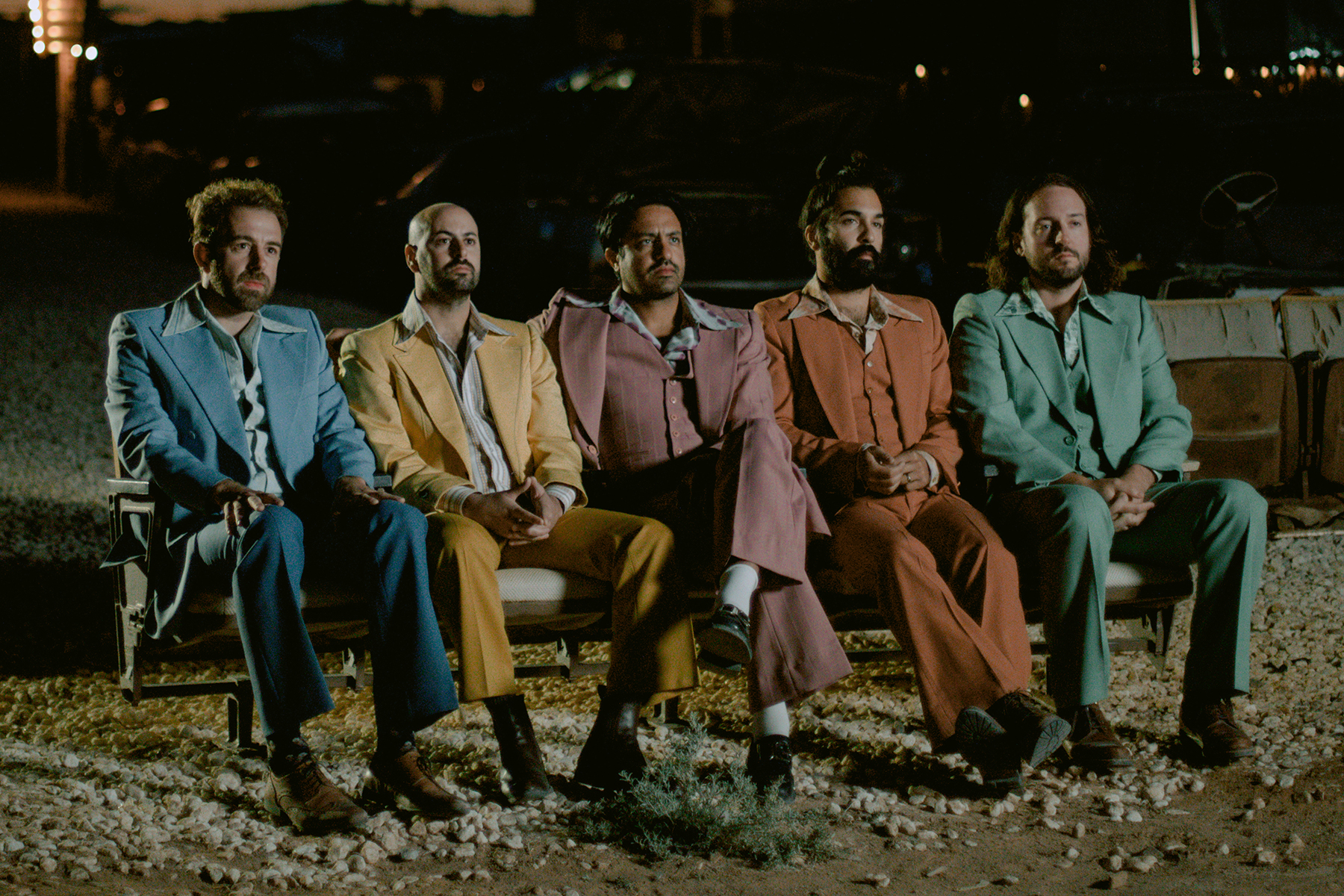 Young the Giant have spent the past decade-plus crafting music that centers around complex struggles most experience at least once in our lives, and finding deeper meanings to life’s major questions — you know, the type of questions that help when tailoring one’s identity.

On their latest single, “Wake Up,” the longtime alt-rock band seems to be going beyond these narrative points, exploring a story past life itself. The bass-heavy song serves as a first glimpse of what will be the California quintet’s fifth studio album, American Bollywood.

“Wake Up” displays how much Young the Giant has evolved by incorporating sounds from Indian folk music, like the nagada drums that beat at the beginning of the song. Lead vocalist Sameer Gadhia says the sound was influenced by street musicians he heard on a trip to Rajasthan, India, in 2019.

“I’ve been here before in a different body” and “Nirvana on the last try” are some of the lyrics in the song, marrying together ideas from Indian mythology and American storytelling in what seems like a search for spiritual growth, a nirvana-like state of being, and a psychedelic feeling of self-reflection. Gadhia describes the concept as “old Hollywood meets Old Bollywood,” and he promises to explore it further on the forthcoming album.

With a juxtaposition of simplicity and complexity, this song serves as a point of departure from Young the Giant’s previous albums, yet a nostalgic feeling of familiarity takes over when you give “Wake Up” more than a few listens. The song has a way of transporting you to far-away places, taking you back home (whatever that looks like for you). While doing so, it asks you to find your most authentic identity before the journey ends, or in this case, before you “wake up to life.”

American Bollywood will be told in four acts — Origins, Exile, Battle, and Denouement — and released in four installments, with Act I: Origins out today. Young the Giant also announced a U.S. tour for this fall, starting on Oct. 12 in Colorado and ending in California on Nov. 12.