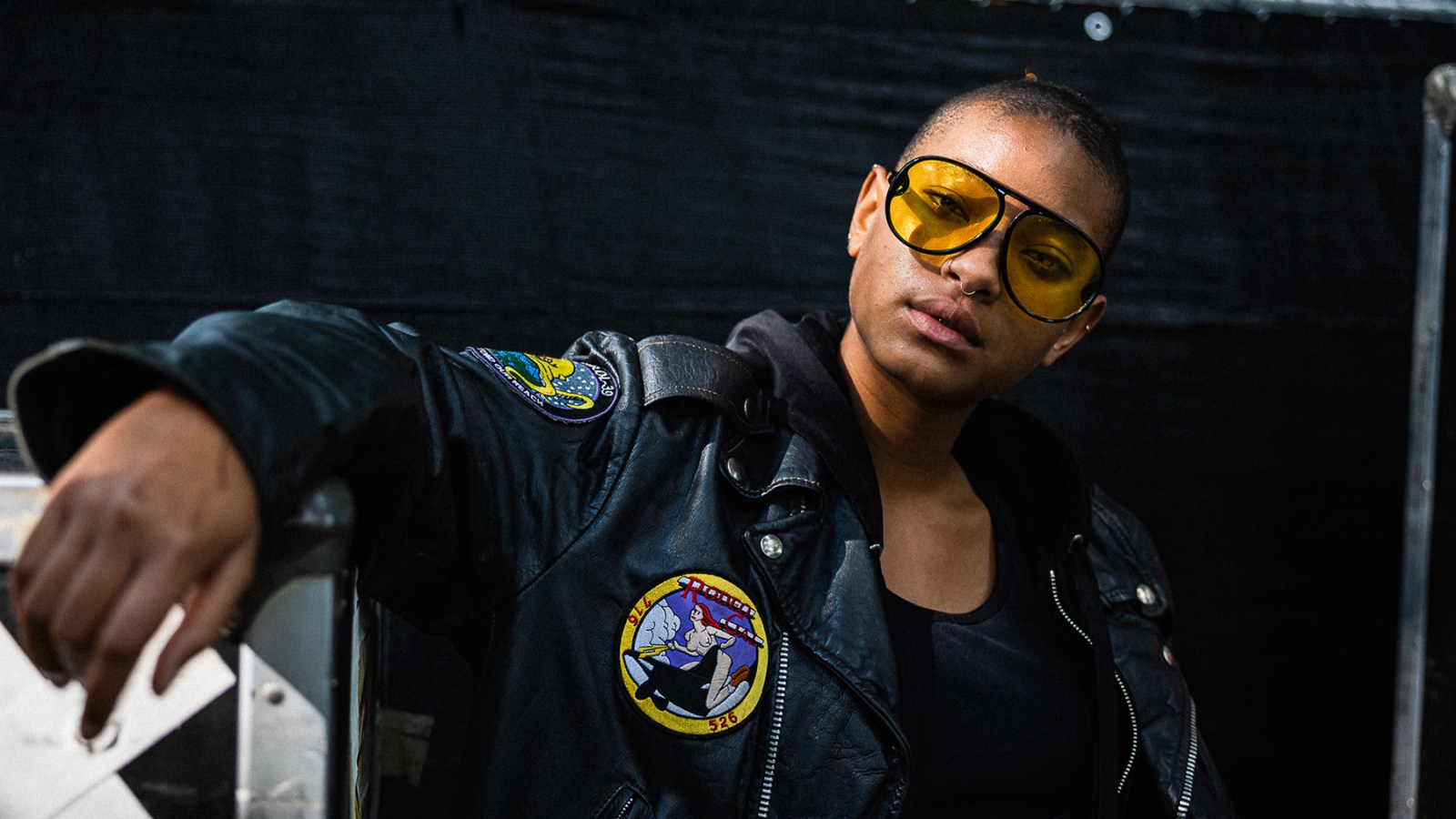 Willow made one of the best rock albums of the year with the nu-metal-influenced Coping Mechanism, but she’s quite aware that some people — especially “old white dudes” — love to question her rock and metal credentials. In reality, she’s been a metalhead since the age of five, as her mom, Jada Pinkett-Smith, once confirmed way back in 2006 — and during her revelatory new interview with our Rolling Stone Stone Music Now podcast, Willow was interrupted by her dog, whose name is… Korn.

In the episode, Willow (whose previous album, Lately I Feel Everything, was more emo and pop-punk-influenced) talked about her album, her musical future, and much more. To hear the entire interview, listen on Apple Podcasts or Spotify, or press play above. Some highlights follow.

On not wanting to make pop music: “I think there’s a lot of pop stars in the world, and I think they do it really well,” she says. “And I’m just not a pop star. I love doing weird shit that pushes the envelope and inspires people to perceive life and music and themselves in a grander, wider point of view. That’s how I see myself. And sometimes a pop hook does that really well.”

On taking a break from music as a kid after the massive success of her 2010 debut hit, “Whip My Hair”:  “I knew I loved music,” she  says. “I just needed to figure out what I wanted to do. The main reason was, ‘I don’t like this music that I’m making. I don’t like the whole vibe of it.’ It was just not what I wanted. I knew I wanted to make not pop music, basically… What I probably needed was a good three or four years of study. I needed to be sat down and just be like, ‘OK, let’s look at videos of Nina Simone performing. Let’s look at videos of Prince performing.’ And you write in your little journal, what about each of these people do you really enjoy? Let’s create your artistry first around these amazing examples, and then let’s take steps. I had to do that on my own, which is amazing and how it should happen. But I think looking back, that would have been very helpful…

“I realized I don’t just want to be an artist. I wanna be a musician. And what that meant for me was learning an instrument. My voice is an instrument, but I don’t feel like that’s enough for me to be the kind of artist that I really want to be. So that’s when I picked up the guitar, and after I picked up the guitar, everything changed because I didn’t need producers. I didn’t need anyone to write music. I could just do it all by myself. That was a game changer. And the unfolding is still happening.”

On how being polyamorous fuels her songwriting: “Yes, yes,” she says. “There’s a line in ‘Batshit’ that goes, ‘murdering my ego with a hatchet’… and I think that when you put yourself in the position to challenge the social norms of what people think is love, what people think can work in a relationship, your ego is very involved in that. I personally feel like unconditional love…  has to be egoless. When you’re going into, not necessarily a polyamorous relationship, but when you’re stepping into a life path where you realize the death of your ego must happen in order for you to love to the highest ability and to live to the highest ability, some things definitely come out the woodwork that you’re not expecting.”

On being influenced by System of a Down, the Deftones, and Korn: “That album Toxicity? Yo, I don’t think there are any words to describe it,” she says. “Serj [Tankian] is a very spiritually connected human being, and you can feel it so potently …. And also, the Deftones, just the dichotomy of the really hard guitars and the darkness, but then also the feral vocal and the softness and the almost tenderness of his vocal is profound. Those two dichotomies dancing – the dichotomy is just so beautiful. And Korn all day, every day!  System of a Down, Deftones, even Radiohead was a slight inspiration for this album as well.”

On “nepo baby” discourse:  “I don’t focus on how other people feel about me,” she says. “If you love me, amazing. If you hate me, fantastic. That’s none of my business. I was put on this planet to be someone who uplifts the lives of people with my art and my words and that’s it. That’s pretty much how I feel. Anyone can feel how they feel, and I don’t mind.”

On her novel Black Shield Maiden, which received some criticism for alleged stereotypes of Muslims when an excerpt dropped in February, and was originally due for release this month: “I am still working on that,” she says. “Because I’ve always wanted to be an author, it’s definitely gonna be coming out within the next two years. Definitely.”

On already writing songs for her next album: “I’m still writing and for some reason it’s still coming,” she says. “I’m used to not really doing anything after I release a project, but for the first time in my whole life, I heard a song in a dream and I woke up and I played it on the guitar… I’m just excited and happy to be feeling that abundance of creativity even after dropping a project.” As for the next project’s direction: It may be heavier, she adds, but “in a different way than you’re expecting.”

On re-embracing her first album, 2015’s Ardipithecus: “I was listening to my first album that I had ever made,” she says. “And I was always saying like, ‘Oh, it’s a shitty album. Like, I wanna take it off all of the streaming platforms.’ And then I actually sat down to it, and I produced all of the songs on that album except for four tracks on the album. It was 15 songs on that album. Wow. And I produced all of ’em. And even though my production wasn’t the best, even though my voice might not have been the best, what was the cutting, most potent, heartfelt, and profound thing about that album were the lyrics and just the content.”

On acting: “Maybe. Who knows? I think I’m not as good of an actor as I am a musician, but there’s always more life to live. So we’re gonna see what that has to offer.”

On surprising her mother by reuniting her ’00s metal band, Wicked Wisdom, and singing with them: “Oh man, that was a beautiful day,” she says, “and I was really moved to play with some of the same guys that I watched so young and idolized on stage with her. To be on stage with them, playing with them for my mom, there’s nothing better than looking into the eyes of someone who truly sees you. That’s such a blessing. I couldn’t ask for anything more.”