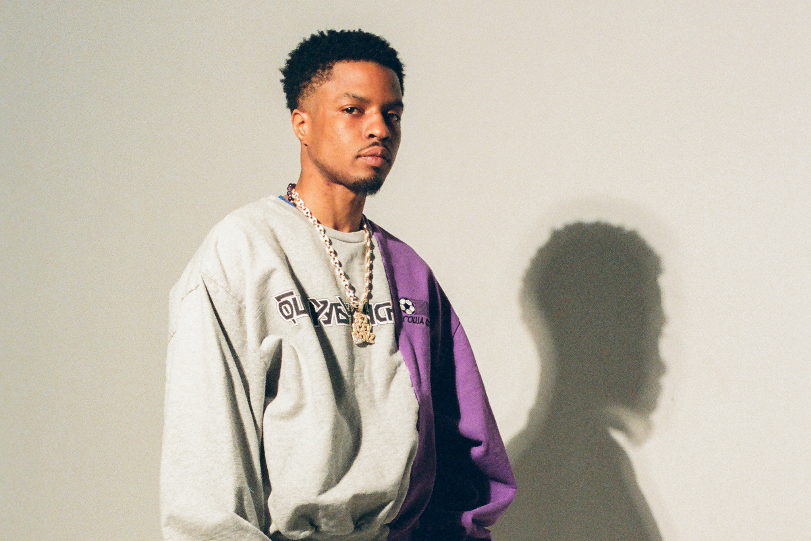 The 28-year-old MC fuses dance music with his signature sound for a mesmerizing hit with the help of Don Toliver.

Beyond Pi’erre Bourne’s famous producer tag and the infectious sonic landscapes he’s created for the likes of Playboi Carti, Drake, Young Nudy and more, the Queens native has been quietly carving out his own sound as a rapper. The last two installments of The Life of Pi’erre cemented him as a formidable torchbearer for the kind of melodic and lush raps his frequent collaborator Playboi Carti elevated during his early SoundCloud era. Pi’erre’s latest release, Good Movie shows his most broad range of music to date, merging his signature 808s with R&B infused chords and dance-y drum progressions. It’s a recipe for success, and reaches its peak on the Don Toliver assisted track, “PSANE.”

Produced by Bourne himself, the track uses his signature auto-tune pitched vocals to a comfortable tone for listeners. Unlike most of Pi’erre’s catalog, “PSANE” begins with an alluring set of vocal chops behind house drums that you’d expect to hear on a PinkPantheress or Kaytranada track. The track blooms as the 808’s and high-hats you are accustomed to from Pi’erre accompany him on the hook “No, I go crazy (Yeah)/No, I go crazy (No),” he croons. Cactus Jack MVP Don Toliver is a fitting guest on the gloomy instrumental.

The most impressive part of Good Movie is the cohesive feeling of the production and rapping on the album. Pi’erre’s career so far has a fitting corollary with rap’s reigning double threat, Kanye West, who rapped a line on “Monster” that might as well be a blueprint for Pi’erre’s growing discography. “Do the rap and the track, triple-double, no assists.”