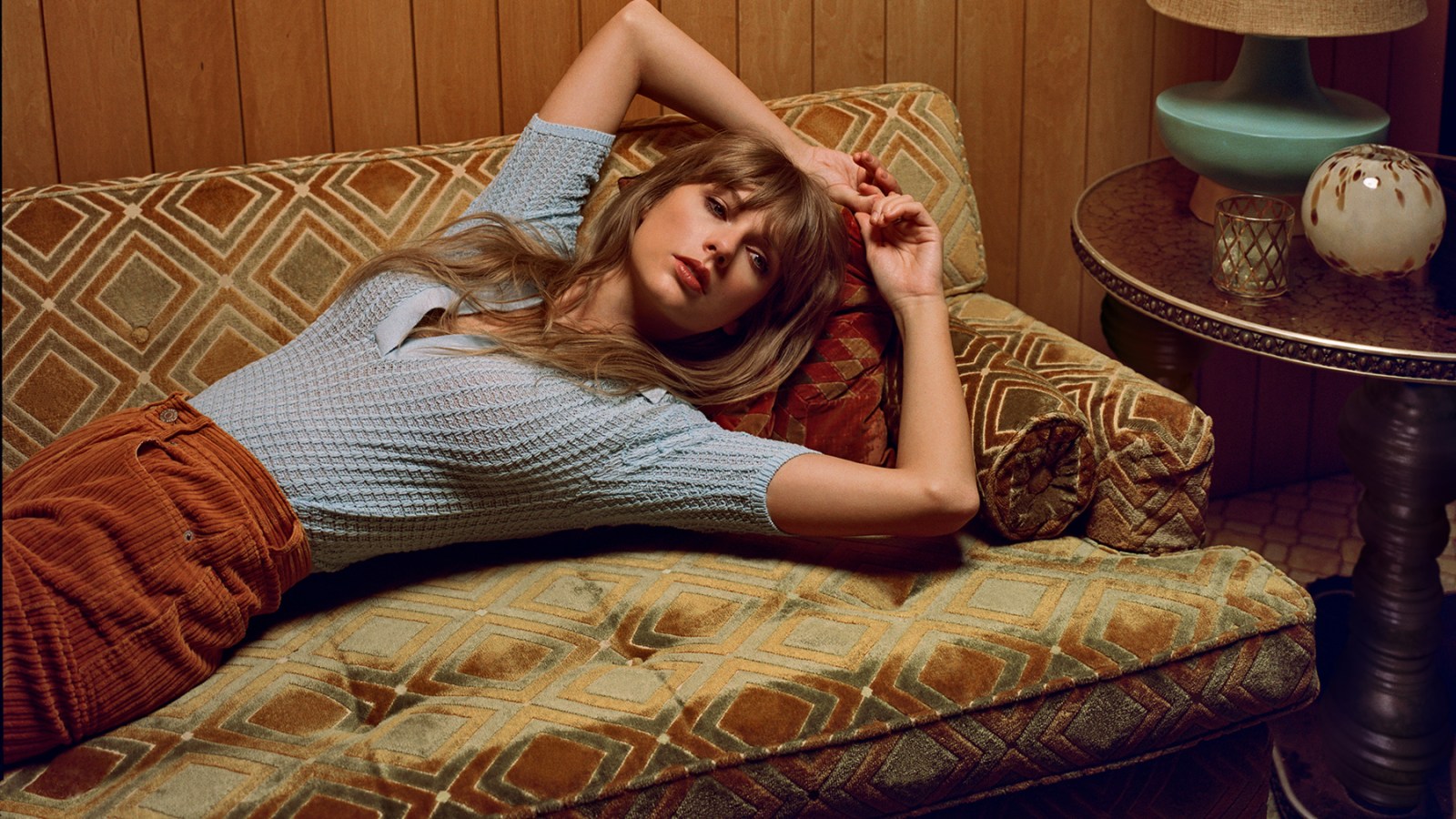 Guess she got over that shit. You had a good run, daylight, but Taylor is ready to move on. Midnights is Swift at her most gloriously obsessive, an album of moody nocturnal electro dream pop. But that wasn’t enough for her — she had to top it off three hours later with the 3am Edition. Over both halves of the album, the vibe is “Mirrorball” meets “Delicate” in the back of a getaway car. The songs give up one intense mood swing after another. As she declares in “Snow on the Beach,” “Life is emotionally abusive.” And so are these songs. It’s a total Taylor classic.

Very conceptual of Taylor to prepare people for Midnights by giving everyone insomnia. She’s been wreaking havoc on fan’s adrenal glands for two months, with her most chaotic album roll-out shenanigans ever. But it’s just her way of making sure these songs get heard in the right state of sleep deprivation. On top of it all, she scheduled an extra-chaotic secret surprise for 3 a.m., which turned out to be seven more songs, a “From the Vaults”-style bonus round, because we aren’t already broken and beaten enough from the thirteen new ones she’d just released? Taylor, do the words “you know you won so what’s the point of keeping score” mean anything to you?

But both halves of the album are essential. It all adds up to the Mastermind’s ultimate power move. Midnights sounds nothing like Folklore/Evermore—no banjos, no willows, no fuzzy sweaters. Yet it still feels intimately connected. So many of Taylor’s favorite stories come together on Midnights. “Maroon,” “Bejeweled,” “Anti-Hero,” “Vigilante Shit”—these are the confessions of a Mastermind who just can’t stop building emotional labyrinths for herself.

“Mastermind” is the perfect theme song for this album, because she can never resist overdoing it—a concept album about her pathological lack of chill. She chases every emotion on the album like it’s the last one she’ll ever have. In these songs, she makes strict rules for herself about what she should feel, and how other people are allowed to feel. Except she tramples over her own rules, because her masterful mind happens to go with one of music’s most unruly hearts. She’s a mastermind and a madwoman at the same time—that’s the essence of her genius.

“Learn to live alongside cringe,” Dr. Swift told the NYU graduates in her commencement speech back in April. She practices what she preaches, because she refuses to play it cool, anywhere on either Midnights or the “3 A.M.” Edition. She doesn’t go for a knockdown epic tear-jerker here, on the scale of a “Marjorie” or “All Too Well” or “New Years Day.” But she covers so much emotional ground, in tiny details like the way she declares “checkmate!” in “Mastermind” to the way she swoons in “Labyrinth,” “I’ll be getting over you my whole liiiife.”

The trilogy of “Vigilante Shit”> “Bejeweled”> “Labyrinth” is the most head-spinning three-song run she’s put on an album since “Mirrorball”> “Seven”> “August.” It’s the heart of Midnights. The disco rush of “Bejeweled” feels like the anxious dance-floor poseur of “Mirrorball” grown up, but it also feels like the wife from “Tolerate It” finally breaking free. She boasts, “I polish up real nice.” But there’s a desperate neediness behind all her sparkling, as she sings, “Sapphire tears on my face / Sadness became my whole sky / But some guy said my aura’s moonstone just ‘cause he was high.”

One of the highlights is “Labyrinth”—I barely noticed it the first few listens, then it knocked me sideways. “Labyrinth” feels downright minimal in terms of lyrics—she’s got choruses with more verbal content than this tune. But it has the album’s loveliest melody, all dazzling synth sparkles, and a hushed vocal where she sighs “uh oh, I’m falling in love,” as if she’s not sure if the high is worth the pain. She soothes herself with the line, “Breathe in, breathe through, breathe deep, breathe out.” (A line she happened to drop in her NYU speech, nearly six months ago.) “Vigilante Shit” has her most evil cackles as she sneers, “I don’t dress for women / I don’t dress for men / Lately I’ve been dressing for revenge.”

The “3 A.M.” songs are as powerful as anything on the album, with Aaron Dessner on board. “Bigger Than the Whole Sky” is a twangy lament that feels like a ten-years-gone sequel to “Sad Beautiful Tragic,” one of the most underrated gems on Red; on “High Infidelity,” she sings, “There’s many different ways to kill the one you love / The slowest way is never loving them enough.” But the hardest-hitting song on either half of Midnights is “Would’ve Could’ve Should’ve.” Taylor mourns the drama-junkie girlhood of the 19-year-old she used to be, back when she was learning the hard way about “Dear John,” asking, “If I was paint, did it splatter on a promising grown man?”

“Anti-Hero,” the first single, comes on like Season 2 of “The Man,” full of killer lines. She’s already planning drama with her daughter-in-law? That’s on the same level as “Long Live,” where she tells her teen lover that if they ever break up, he needs to tell his future kids all about her. Excellent video, too—Taylor stages her own funeral and gives herself “everyone will betray you” lessons.

I was honestly dreading “Karma,” which sounds like the title of a guaranteed dud, yet that chorus is too infectious to resist. “Snow On The Beach” is a gorgeous ballad, a Lana Del Rey duet, though it sounds all the way Swiftian vocally, lyrically, and (especially) melodically. “Sweet Nothings” celebrates domestic bliss in a ballad co-written with “William Bowery,” a.k.a. boyfriend Joe Alwyn. It’s full of gentle Wurlitzer keyboard burbles—which makes sense since her earliest Midnights photos flaunted the vintage 1970s Wurlie in her room.

Every Taylor album needs a New York romance, so there’s “Maroon,” a gorgeous ballad where she’s drinking red wine on a rooftop barefoot. Ten years after “Holy Ground,” she’s still living on New York time, asking, “How’d we end up on the floor anyway? / You say, “Your roommate’s cheap-ass screw-top rosé, that’s how.” But it ends in tears, with Taylor mourning, “I wake up with your memory over me / That’s a real fucking legacy.”

“Mastermind” caps the album with a song about how she willed her boyfriend into falling in love with her, plotting each chess move in advance. She confesses, “I’m only cryptic and Machiavellian because I care.” That’s her in a nutshell: a compulsive overfeeler who works hard to make it all seem effortless. But she’s never been a natural—all she does is try, try, try. If we’ve learned anything from 16 years of Swiftology, it’s that she plans absolutely everything. On her Reputation tour, I saw her do an acoustic “Enchanted” where she triggered a thunderstorm at the exact moment she sang the “please don’t be in love with someone else” part—and nobody will ever convince me she didn’t make that happen.

Taylor was already in the realm of the all-time great pop auteurs before she turned 25, but she never rests on her laurels—she barrels forward like she doesn’t notice the laurels are even there. Seven Number One albums in five years is a historic feat, to say the least. But she’s more excited about right now, which is why she couldn’t wait to rush out a sequel to this album when it was all of three hours old. There’s something scary about the intensity of all her try-try-try energy, but that’s the only possible way she could write songs like these. And Midnights makes it clear she’s not stopping now. Meet the problem. It’s her.