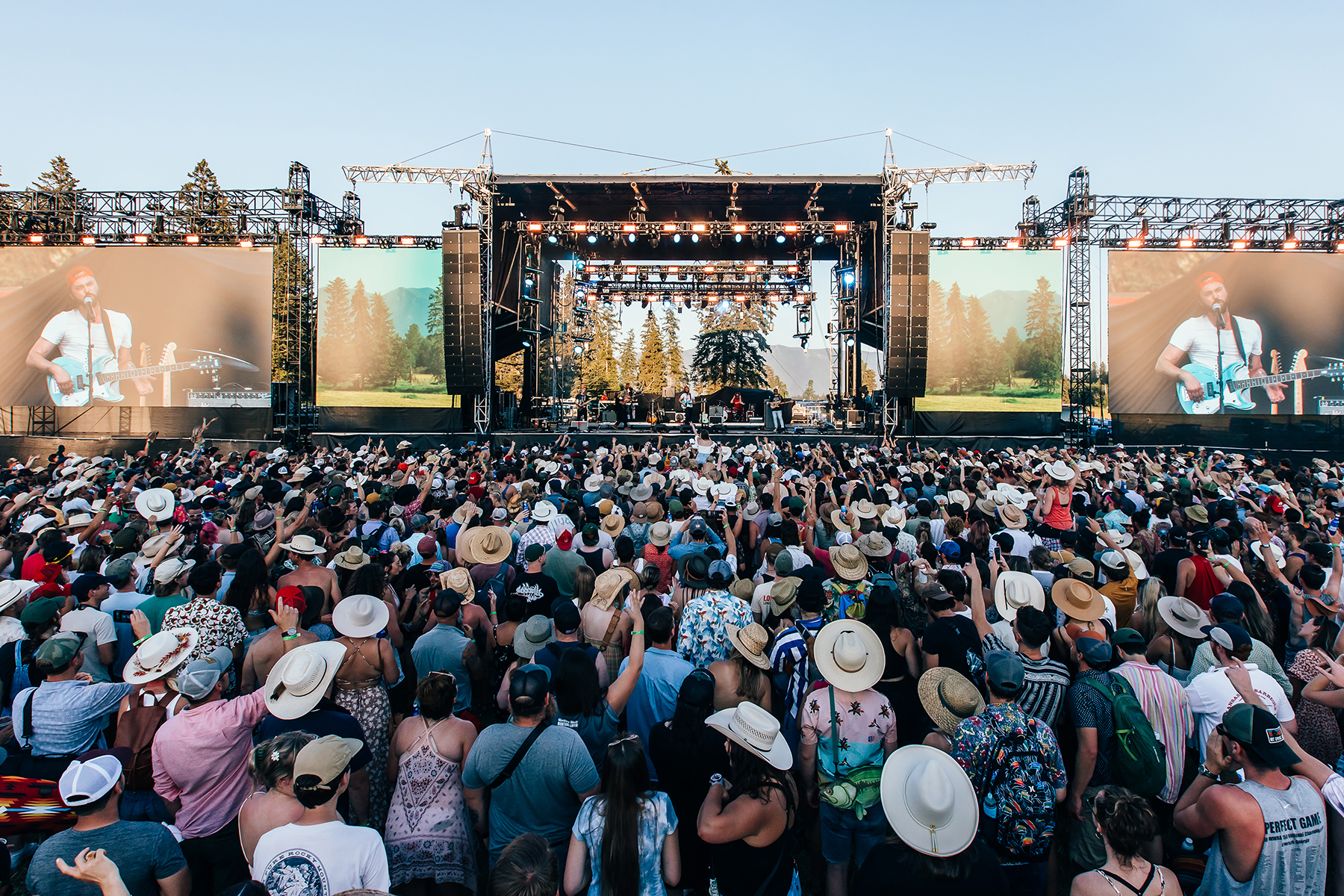 Thanks to the popularity of Yellowstone, everyone seems to have Montana fever these days. The Under the Big Sky Festival in Whitefish, in the northwest corner of Montana, combines sweeping views of the state that give the TV drama its grandeur with some of the most rough-hewn and cutting-edge artists in country and Americana music — all performing on a real working ranch.

At this year’s festival, held last July, bands like Turnpike Troubadours, Trampled by Turtles, and Midland entertained the approximately 30,000 fans who descended upon the Big Mountain Ranch just outside of Whitefish, a stunning ski town on the cusp of Glacier National Park.

“Montana is one of the last great wide open places and the people there are real country music fans,” says Midland bassist Cameron Duddy. “Anyone who made it out to Under the Big Sky fest probably felt the same way we did — thankful for country music being played in the country.”

But the festival isn’t just for national names like Margo Price and Jamey Johnson, who played the 2022 lineup. It also shines a light on local talent, including Hannah King, a singer, songwriter, and fiddle player from Whitefish.

“Whitefish is a small town, and there is a music scene here, but it usually only picks up in the summer because of tourism,” King tells Rolling Stone. “The off-season and winter months are harder, especially if you’re a local musician trying to play full-time.”

Which is what makes Under the Big Sky Festival such a blessing for the 26-year-old King. The 2022 fest marked her second time playing the event — she lives just down the road from the grounds.

“This is such a beautiful place, but it’s very remote. And it’s like the whole world’s coming to you — the biggest acts on the planet playing right across the street from your house,” King says. “It’s amazing how I can wake up in the morning and write music in front of the mountains, then go across the road and perform it at Under the Big Sky.”

Under the Big Sky is the brainchild of event organizer Johnny Shockey, who also happens to own Big Mountain Ranch. Emerging from the rough and tumble world of Western ranching in his native Alberta, Canada — the province is just a little more than an hour north of Whitefish — he purchased Big Mountain several years ago.

Shockey wanted to raise his family on a ranch reminiscent of his youth, and perhaps produce some shows on the vast property, a notion that harkens back to a previous life as a venue owner and festival promoter in Southern California.

“I wanted to get back to my roots with the ranch, and I figured maybe we could start something small by putting on a few concerts and build it from there,” Shockey says. “But we were pleasantly surprised when we launched in 2019. The response was great, and it’s just taken off.”

Shockey notes that the picturesque landscape of the surrounding Rocky Mountains lends itself to having the ideal setting for not only a musical gathering, but a launching pad for unlimited adventure.

“This is a fun place and an easy sell to come here for vacation,” Shockey says. “A lot of people use Under the Big Sky as their experience to go discover other things in the region — driving through the Pacific Northwest or the Grand Tetons, down through the Bitterroot Range, or [around Whitefish with] Flathead Lake and the Hungry Horse Reservoir.”

But despite the big names on the festival’s stages, Shockey doesn’t want attendees to lose sight of the region’s history and the preservation of the American West.

“This is a working ranch. There are things that go on here, and we have to respect the land,” Shockey says. “We have this Western culture that is, essentially, dying in America. And I think it’s important to remind people that this is how the West was settled. This is a lifestyle that people have had for a long time.”