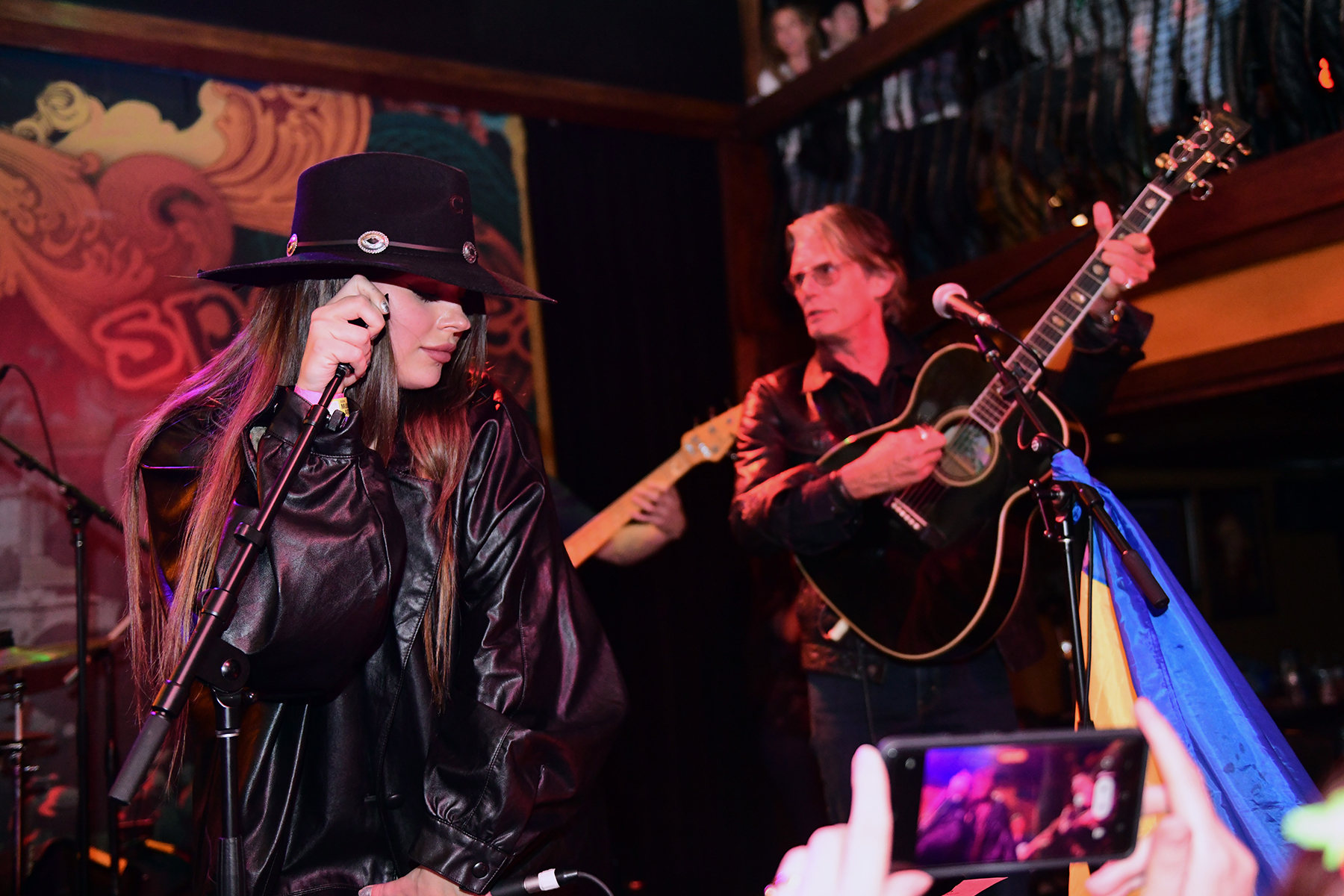 Oleksandra Zaritska — colloquially known as Sasha — does not constitute the whole of Kazka, yet she’s the only member of the Ukrainian electronic-folk band who was able to attend the band’s 2022 showcase at SXSW. Like so many of her peers, this appearance was a do-over for the scrapped year of 2020, the year SXSW shuttered due to the onslaught of the Covid-19 pandemic.

Two years later, Kazka found themselves caught in the slipstream of another crisis: Russia’s unprovoked war with Ukraine. Zaritska’s bandmates were either bound by Ukrainian law to stay and fight in their country’s war — any male over 18 is obligated to serve — or chose to remain as a volunteer. Flying on her own, Zaritska wound up embraced by the Austin musical community, starting with the Texas Music Office who helped present the “Austin Stands with Ukraine” showcase at the Speakeasy on Congress during SXSW.

Very few acts on the bill had a direct connection to Ukraine — the Ghost Wolves, a dynamic garage-rock duo performing just prior to Kazka, channeled the primitive fury of the White Stripes, adding a manic energy endemic to Austin’s punk underground — but there was an understood solidarity with the embattled European country, a sentiment sometimes rallied by statements on the stage or just seen by attendees wearing the Ukrainian flag as a poncho or simply branding a stickers proclaiming “Fuck Putin.”

This overt sense of community crystallized in the support given to Zaritska. This closing-night gig wound up being the main focus of her time in Austin, after travel delays diminished Kazka’s scheduled spot at the international day stage at the Austin Convention Center.

Zaritska wound up with an eclectic group of local musicians as support: guitarist Bryan Ray, who played with Dave Brubeck at the outset of his career and works regularly as a producer and mixer; acoustic guitarist Gary Heimbauer, the founder of Pow Music, an organization that assists emerging musicians; bassist Ryan Hager, a jazz bassist pursuing a doctorate of music at the University of Texas Butler School of Music; drummer Charlie Harper, an Austin-based master of all musical trades who has worked with everybody from The 1975 to Tove Lo.

Back home, Kazka racked up a significant number of plays, but in the US, they exist on the same plane as so many non-Western acts: they’re essentially unknown. Sasha used that unfamiliarity to her advantage, assisted by the fact that some people in the audience knew Kazka’s music. “Cry” inspired a call and response from a portion of the crowd and Zaritska made sure to keep the plight of Ukraine at the forefront of the minds of the audience.

Her message was strengthened by her magnetism as a performer. Sasha slinked into the crowd, she swayed and sashayed, the emotional meaning of her music clear for everyone who didn’t speak her same language. Zaritska did address the audience in English, imploring the attendees that “You can stop this war. Use your voice. Join the rallies so it’s not just Ukrainians who go there,” encouraging attendance tomorrow at the Texas Capitol.

Zaritska’s set at SXSW reached its crescendo when local legend Charlie Sexton, a guitarist who served as Bob Dylan’s regular lieutenant since the dawn of the 21st Century, joined the singer for a pointed finale. Just prior to Sexton strolling on stage she said “I have a message to Putin: It’s a song from Bob Dylan and its name is ‘Masters of War.’” Sasha looked to Charlie for her cue into the song, as she only remembered its message and intent. The lyrics couldn’t help but resonate, and given how she has loved ones and colleagues in Kiev, it’s not hard to imagine who Zaritska sung these word to: