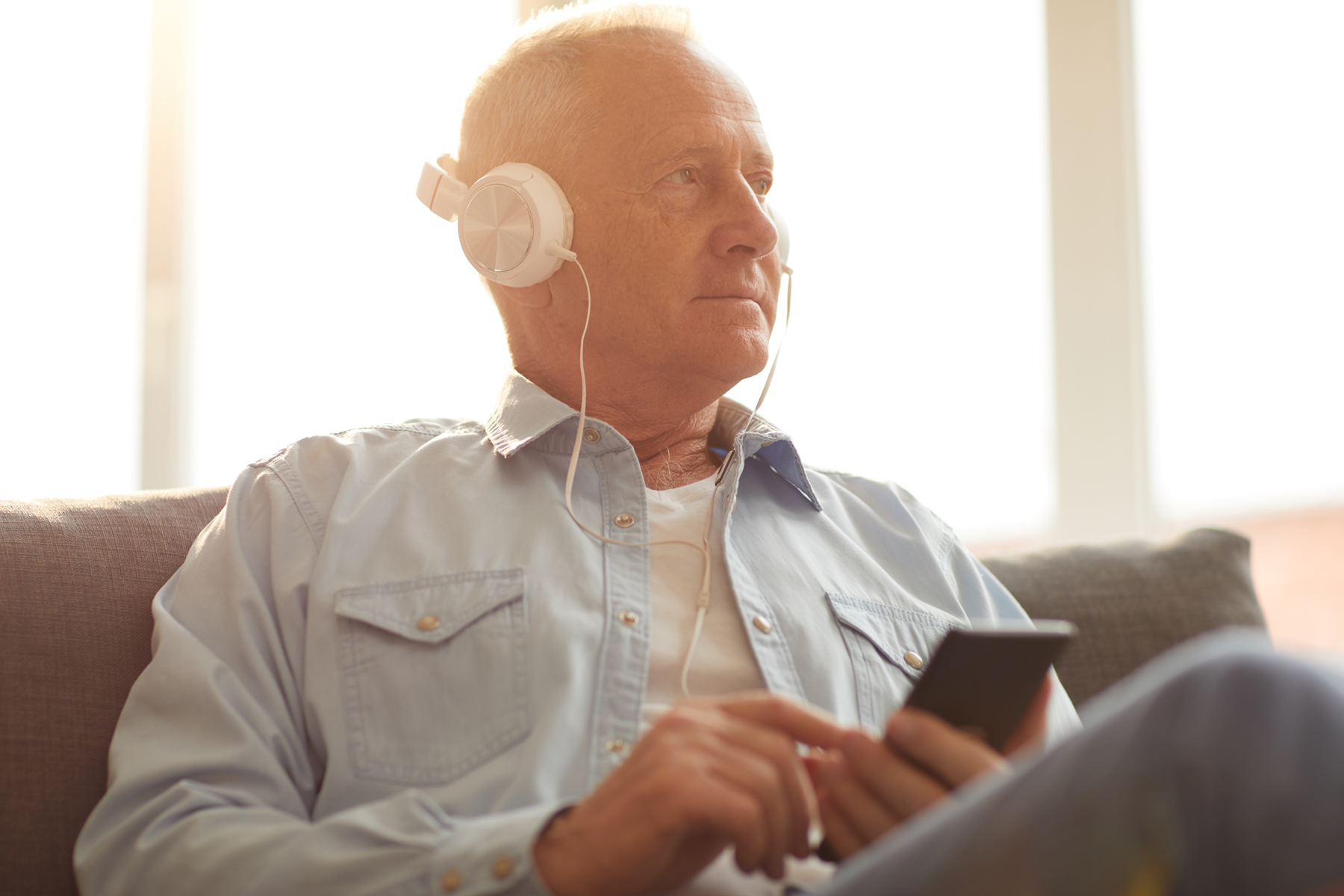 Until this past March, Patti LaFleur had spent the past several years as a carepartner for her mother Linda LaTurner. LaTurner, LaFleur says, was “sunshine in human form” and a constant source of joy for her, even through the harder days of managing her dementia diagnosis. The self-described optimist documented the realities of her mother’s illness to nearly 140,000 people on TikTok, detailing the emotional toll the illness has on families.

By the latter half of her illness, LaTurner didn’t recognize LaFleur as her daughter and couldn’t refer to her by name. “It was hard watching her recognize that she was losing pieces of herself. It was hard for me because I miss pieces of my mom, but how much harder it must be for her,” LaFleur says. “So any opportunity that allowed her choice and agency in making decisions brought me so much joy.”

But LaFleur noticed her mother would still light up during select interactions, especially when music was involved. She discovered a new app called Vera, a service from Australian company Music Health designed to assist dementia and Alzheimer’s patients by playing individually curated music that can help stimulate memory and calm patients down when they’re confused or agitated.

“It was amazing; music was so powerful for my mom throughout her whole time with dementia,” LaFleur says. Whereas stringing together sentences longer than a few words became increasingly difficult, LaFleur says Linda could fire off a few choruses easily.

“Music was probably the most powerful tool I had to support her on the tougher days, that and physical touch. My mom wouldn’t always be able to express how she was feeling. If she was feeling sad, she wouldn’t be able to convey why, and talking about it would cause more frustration and confusion. Music became a way to express herself a bit.”

Founded in 2020, Vera is designed to assist dementia and Alzheimer’s patients with music. Patients or their caregivers enter key data into the Vera app such as where and when the listener was born, where they lived at certain times in their life and what languages they speak.

“There’s a treasure trove of music that’s part of someone’s life, but often in these cases, that gets lost and that’s where Vera comes in, to help uncover,” says Stephen Hunt, co-founder and COO of Vera’s founding company Music Health. “Getting that information usually gives us a very good idea beyond just what the hits were at a certain time. And the effect is often profound how pronounced it is, the person listening in general goes from inanimate to more engaged and conversational.”

Those using the platform can select different playlists catered to how a patient is feeling. One playlist is intended to help the listener relax, another to help reminisce, a third to get them energized. With its launch last month, Vera also secured a partnership with Universal Music Group, giving Vera the largest catalog of music in the world at its disposal. Hunt, himself a former UMG employee in Australia who launched Music Health after seeing music’s impact on his grandfather during his dementia diagnosis, says UMG will exclusively supply Vera’s music.

Whereas MedRhythms needed FDA approval and a specially designed license to use as a prescription service, Vera is more akin to general wellness apps like meditation service Calm, as Hunt says. Vera currently has three tiers: a $10 per month tier that comes with one profile setting for individual at home care, and pricier enterprise tiers with more profiles, intended for use at nursing homes. Music Health’s longer term goal, according to Hunt, is to provide services and similar tools for any health problems utilizing music therapy.

“I think this is just the beginning. If you look at any ancient civilization, music has always been something we’ve used as part of the healing process,” Hunt says. “I think we’re biologically inclined to use it that way.”

While Music Health bills Vera as more casual than strictly medical, studies regarding personalized music and its impact on dementia patients have long championed the concept. Music is a powerful tool to activate long-term memory, including among dementia and Alzheimer’s patients with increasingly diminished memory, making music a unique stimuli even for patients further along into a dementia diagnosis.

“Music can be used to communicate with a person well into the advanced stages of illness,” says Linda Gerdner, a longtime nurse and one of the earliest pioneering researchers on the impact music has as a therapy device for those with dementia. “A patient’s short-term memory goes first, but their long-term memory stays intact well into the later stages. It appears music is processed in a different part of the brain than verbal language.”

Similar to how Vera recommends, Gerdner, who has created a guideline for how to introduce personalized music for dementia patients and developed a course on the concept at Stanford University, reiterates that the most effective music is one in which the patient has some sort of connection to or memory of. As she notes, while a deeper love and passion of music can certainly help the concept’s efficacy, personalized music often works for casual music listeners as well.

LaFleur started trying that concept out with her mother in the middle stage of her dementia diagnosis, when she was losing more of her autonomy and ability to carry out tasks and more easily express herself. She was quickly surprised at how effective the music was to engage her more than normal conversation could.

LaFleur says the element of randomness Vera had was helpful in finding effective music too and helped take the pressure off her to find a perfect playlist. LaFleur says her family wasn’t particularly musical, and while she selected artists like the Beatles, the Beach Boys, Elvis and Dolly Parton — recalling them as artists she knew her mom loved — Vera snuffed out tunes she’d never even heard her mom talk about before.

“Songs like ‘Runaround Sue,’ ‘That Doggie in the Window,’ ‘The Wanderer,’ she loved those songs and I didn’t even know she knew them,” LaFleur says. “It’s amazing, we never listened to those songs growing up, but they’d pop up and she’d sing along, and she loved them.”

Vera was most noticeably effective in the middle stages of LaTurner’s diagnosis, LaFleur recalls. Around then, LaTurner could still more directly interact with the music with verbal queues. “She’d definitely be more alert after [listening]. I remember one day, a couple weeks after my mom had fallen and broken her hip, we were having a particularly difficult day, I was very tired,” LaFleur says. “I thought to put on the music before getting into the afternoon. She sung along to three songs in a row, and she could actually tell me what she wanted to eat without me giving her choices, which typically wouldn’t happen. She had this confidence in making some decisions for herself, it’s like it warmed up her voice.”

Beyond stimulating her memory and brain function, Vera sometimes also helped calm LaFleur’s mother down when she was particularly agitated or confused during a sundowning period. As is the case with most therapies, Vera didn’t always work, but the music was often helpful and remained a constant for LaFleur and LaTurner as late as just a few days before she died in March.

By the later stages, her response to the music would be more physical and nonverbal. It wasn’t the same as seeing her mother get more animated singing along, but the effect was still noticeable.

“I would see her smile, I’d see her eyes open and move. We’d be holding hands and she’d squeeze my hand a bit,” LaFleur says. “It wasn’t singing along, but you could just feel the power it had on her and the joy it brought her.”