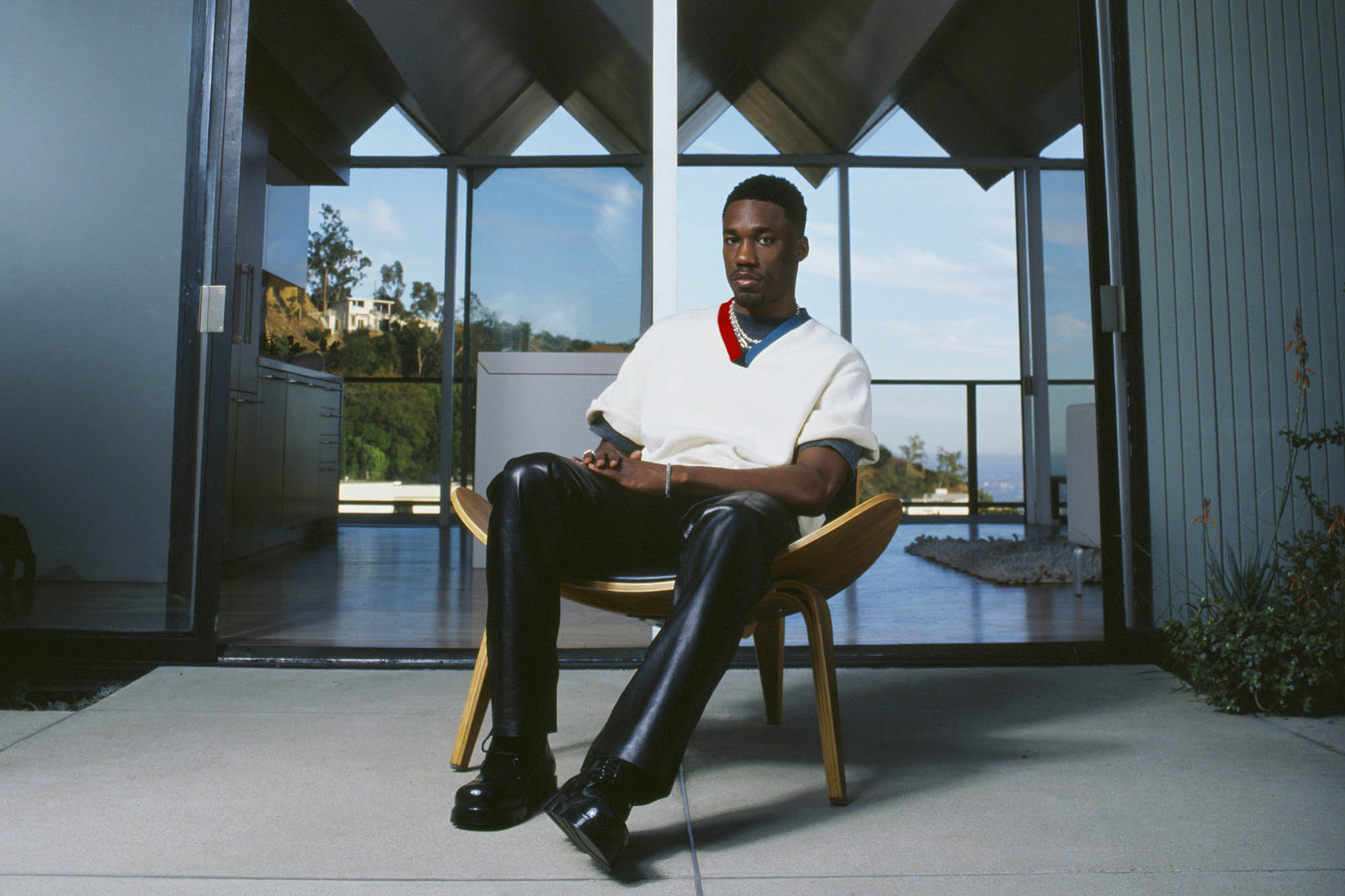 After seven Grammy nominations without a full-length album, Giveon has finally released his debut, Give or Take. Over 16 tracks, the singer delivers some of his most personal ballads to date, with help from top-flight producers like Bo-1da, Jahaan Sweet, Sevyn Thomas and Leon Thomas. It was just the album he wanted to make — a place to say everything he wanted to say.

“Every time I am making a song or writing a story, at the moment, I don’t have the intention of where that will be placed,” he says. “After two years of going through life and writing about life, I start to put them together.” On Give or Take, Giveon’s conversations with his mom — heard at the end of several tracks — shape the album’s narrative and add a heartfelt touch.

We caught up with Giveon via Zoom as he broke down the recording and writing process, and why this album is so personal. Watch the video right here.