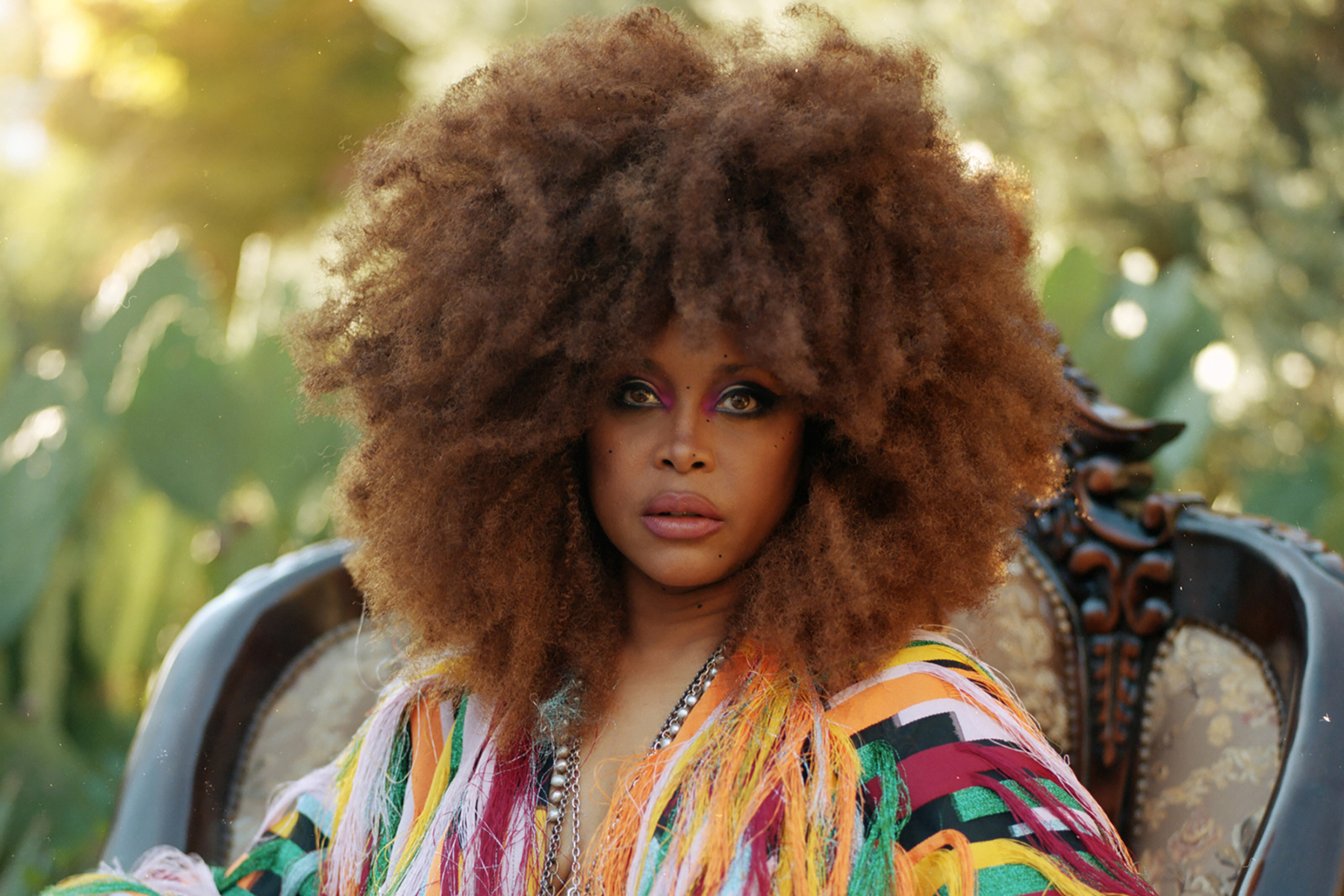 For this year’s Icons & Influences issue, we asked 10 artists to pay tribute to the women who have shaped their sound, provided an example, and inspired them to break down barriers. Erykah Badu’s pioneering neo-soul was one of the earliest influences on Syd when she was growing up in Los Angeles.

My mom is a huge Erykah fan. We had surround-sound speakers set up all through the house. She had a 300-disc changer, and she had at least two Erykah CDs in there at a time: Mama’s Gun, Baduizm. It was cool waking up on the weekends to music, and it was often Erykah. She was another thin, beautiful Black woman who I could kind of see myself in, physically. She was the one that I could say I felt like I looked the most like.

She was always eclectic, and I grew up in eclectic settings. I have a soft voice, and she does too. She can make it powerful when she wants to, or she can just kind of sit in this chill space, this vibe-y area. I think a lot of people would agree that my voice and my music share a similar energy of Sunday cleaning music, or “Let’s light the incense and candles and have some wine” music. It just kind of fits a certain mood.

Baduizm is my go-to. But if we’re talking about her best songs, it might be “Green Eyes.” It might be “Time’s a Wastin’.” It might be “Cleva.” New Amerykah Part One was really fire to me, and “The Healer” was one of my go-to’s for a minute as well. It’s rare that you get an artist who is able to reinvent themselves on their own terms and keep it fresh, but also keep it them. She’s able to reinvent herself, and it’s all still Erykah.

My first time meeting her was at Coachella in 2011. She was at a party that I was DJ’ing. Mind you, there was nobody at this party. This party was completely empty. This is back in the Odd Future days. It was our first Coachella performance, and somebody from XL Recordings, who put out Tyler, the Creator’s first album, had thrown a party and Erykah Badu was there. It was easy to see her walk in, because there’s nobody there. I played a deep cut — a Sa-Ra song that she was featured on — just so that she knew I knew. I just wanted her to know that: I know you on a deeper level.

She danced over to me! Turned my volume all the way up! She started dancing by herself. It was amazing. There’s a picture of it somewhere. I don’t know where it is, but when I find it, I’m going to print it and frame it.

She had me come out and DJ an opening set at a couple of her concerts. One was on New Year’s Eve. She gave me $100 for New Year’s — she gave everybody a hundred-dollar bill — and I got to introduce her to my mom and show her who put me on.

I’ve always admired people who just knew who they were from the jump and never had to question it. I spent a lot of my years questioning and wondering in my mind and searching. It’s inspiring to watch someone trust who they are and just roll with it. She makes what she needs to make, when she needs to make it. She’s not out here trying to stay relevant, and yet she’s done it.