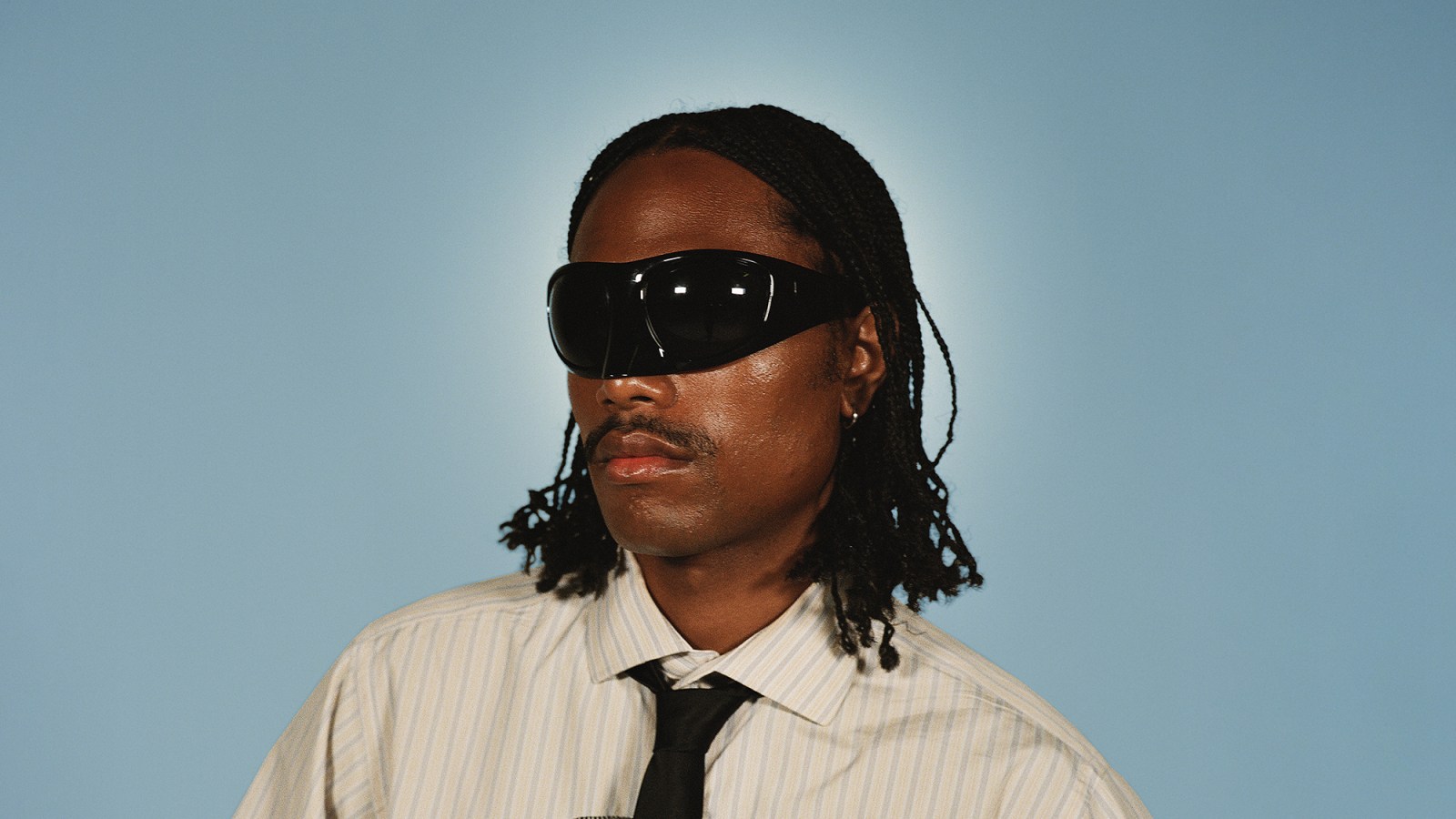 Steve Lacy is a bona fide Grammy veteran. Despite being just 24 years old, the singer and producer has been a mainstay at the awards since he was in high school. His musical talents were showcased as a member of the post-R&B outfit the Internet and evident on his 2019 solo debut, Apollo XXI, even if he himself didn’t think so. “I feel like it was all a blur then,” he says over the phone. “Now, I’m just being very careful with all of my choices, and I want everything to be meaningful. In the Apollo days, I didn’t really care or think about those things.”

With Lacy’s second studio album, Gemini Rights, he paints as clear an image of an emotional reckoning as any artist of his generation. The album is a delicate and patient unfurling of maturity and feeling. Even the viral hit “Bad Habit” — which earlier this month unseated Harry Styles’ “As It Was” at the top of the Billboard Hot 100 — has the feel of a classic, with its refrain (“I wish I knew you wanted me”) instantly taking its place within the canon of today’s pop culture.

Listening to your 2019 debut, Apollo XXI, in comparison with this new record, Gemini Rights, it seems like a lot has changed for you over the course of those three years.
Yeah, a little bit. Definitely being more thoughtful and intentional now. Things are a lot more clear these days.

You were nominated for a Grammy for that first album!
I know. It’s hilarious. I was like “What?” I feel, too, that was kind of like, “Oh, damn.” I feel like I put maybe two or three percent effort into that album. And I’m like, “Oh, damn, I still went to the Grammys. That’s crazy.” Compared to that album, I put a lot of effort, and care, and time into this one. More than any project I ever did.

As far as the songwriting, what inspired your approach to this album?
A lot of things. A lot of it was kind of this journey of finding myself. It had a lot to do with my personal life. I had a lot of truth to tell in my personal life; that bled through my album.

The album manages to cover a lot of different emotions very clearly.
I appreciate that, man. That’s definitely what I was going for. I’m grateful that you can hear that, ’cause that’s how my mind works. And that was a big challenge to me: I want this to be like you know me. Like, this is how I talk to my friends when I’m venting.

“Bad Habit” feels like one of those major hit records. It’s been near the top of the charts for a while now. [Note: As of this story’s publication, the song is enjoying a third week at Number One on the Hot 100.] Did you feel that you had clicked into something when you made that one?
I really didn’t. I just knew it was fun. I knew I liked it. And I was like, “That’s a funny . . .” We laughed about it, like, “God, this is a funny story.” I feel like this is something that everybody probably went through. So we were just kind of laughing about it. Like, “This is hilarious.” I really had no idea that it would be [successful] like this. I don’t even have that brain. I’m just making stuff constantly, and I’m always chasing that feeling of loving an idea. And I’m really harsh. I had, like, 250 ideas for the album, but I always knew I wanted 10 [songs].

You almost wonder how no one has made this song before.
Right. You know what’s funny about “Bad Habit” too? I was talking about this with a friend. It’s kind of also an underlying message of where I am in my life, like, “I wish I knew you wanted me.” Take a fan or a listener, right? They want all these things from me, and I didn’t know. So I’m holding back from my true potential, because I just didn’t know. And it has to do with self-confidence, you know? But “Bad Habit” we found later on. We were talking about video concepts and stuff around this time. We were like, “Whoa, that’s actually wild. This actually relates to everything.” It was kind of freaky.

“I put a lot of effort, and care, and time into this one. More than any project I ever did. A lot of it was this journey of finding myself.”

The song went super viral on TikTok. And it wasn’t one of those random TikTok songs — you could tell everyone felt the same way about it.
Yeah. It’s really beautiful to watch, man. I don’t have to force anything that happened. People do this shit on their own. And I’m like, “Damn, that’s a blessing.” I’m super grateful that I get to see how people interact with this music and create moments. I’ve been sitting back and trying to make sense of it all. Mad gratitude. And just super inspired. I’m like, “Shit, I want to get back in the studio. Work on the next one.”

It’s been fun. I feel like mad people are sending me videos of them like, “Oh, man, we heard this in the club.” But the radio moment and stuff, I’m like . . . I haven’t had that moment for myself yet. I haven’t heard it on the radio, or I haven’t seen it out. But mad people send me videos like, “We heard your album . . . ” I’m like, “What, am I living under a rock? Why haven’t I had this moment for myself yet?”

You famously recorded most of your 2017 solo EP on an iPhone, and even on your first full-length album, it was mostly recorded on a computer. This album feels like you’re stepping into the big leagues.
That’s the thing, too — I feel like I didn’t even know I was in the league at first. You know what I’m saying? And this album, it was like, “Oh, shit. Yeah, I’m in the league. Let’s go.” [In the past] I didn’t know my place as an artist. It wasn’t clear to me. I was just kind of oblivious or naive.

You were still in your teens when the Internet’s Ego Death was nominated for a Grammy in 2016. Since then, you’ve worked on some major Grammy projects, including Kendrick Lamar’s Damn. and Vampire Weekend’s Father of the Bride. How would it feel for you this time around to get a nomination for your latest solo work?
I’ve been at the Grammys since [I was] 17, almost every year. Because it was Ego Death, and then Damn., and J. Cole maybe went to the Grammys? I don’t remember. [J. Cole’s album “4 Your Eyez Only,” which featured production from Lacy, was nominated for a number of other major awards, but not a Grammy.] And then it was Vampire Weekend, and then it was Apollo XXI. So I’ve been at the Grammys a little bit. But for this album, it definitely feels different. This time, I guess I feel a little more like, “Oh, yeah, of course.” Or just more confident this time around. All of the other times at the Grammys, it was like, “What the hell is going on?”