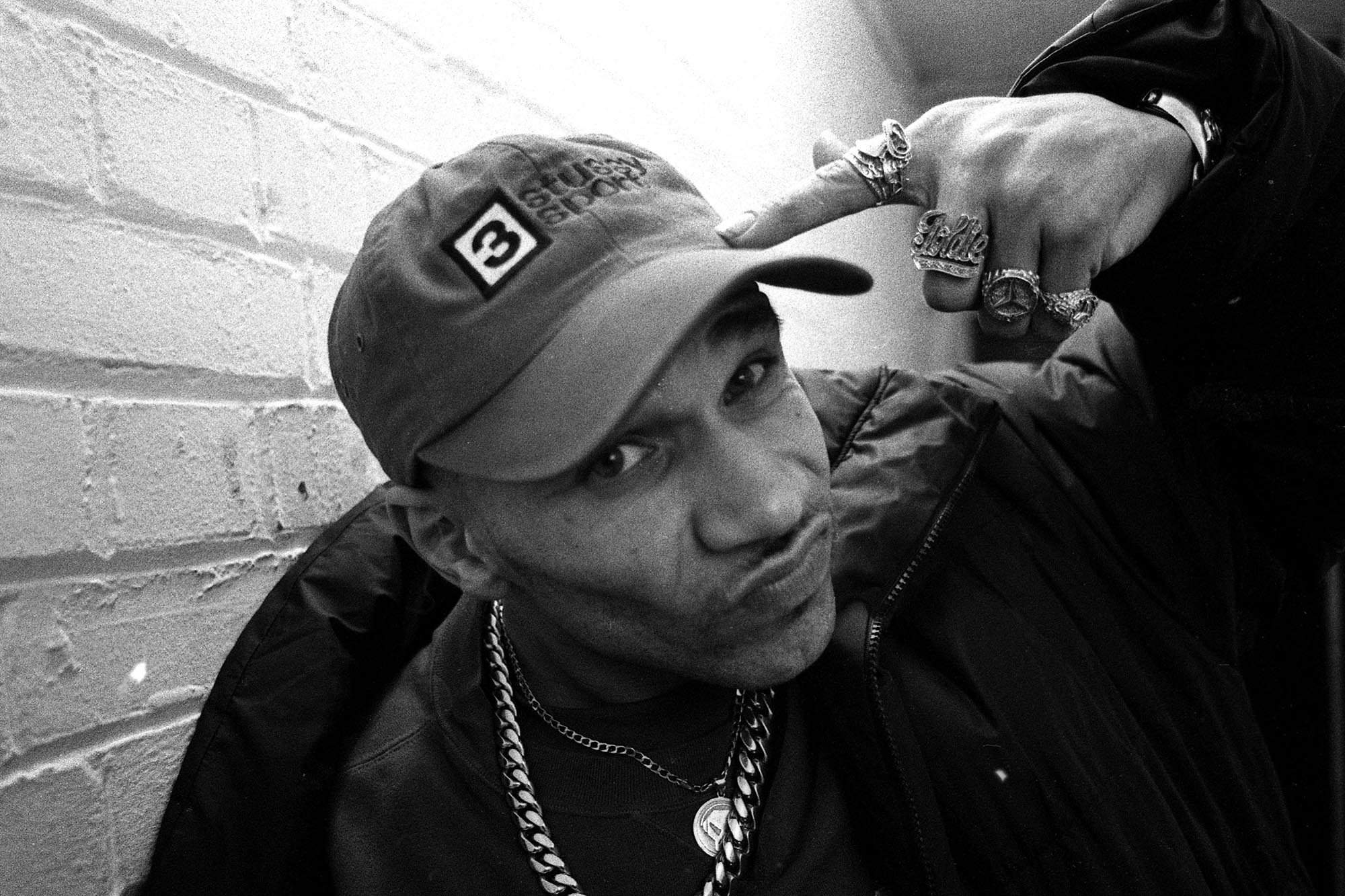 For years, the truism ran that drum and bass, despite pockets of true believers across the nation, would, in America, remain a specialty taste within electronic music, never mind pop. But, over the past few years, the genre has risen sharply in visibility, both in the U.S. and globally. Some of this is due to TikTok, where artists like the young British vocalist PinkPantheress — who sampled Adam F’s drum-and-bass classic “Circles” for her viral hit “Break It Off” — and piri, whose sprightly, slinky liquid D&B single “soft spot” has now passed 12 million Spotify plays, got their first boosts.

But TikTok is only part of the story. The drum-and-bass revival has been manifesting over the past few years in the DJ world. “It’s very common to hear D&B out, and with increasing frequency,” says New Yorker DJ Voices (Kristin Malossi), who plays regularly at venues such as Nowadays and Good Room. “More parties are booking D&B DJs at techno clubs, and plenty of techno DJs are playing D&B.”

The surge is worldwide — from Indonesia to Australia — but the U.S. has been particularly voracious for drum and bass. “I was fortunate enough to have packed-out rooms with people absolutely losing their shit,” says London DJ Sherrelle, whose 2020 edition of BBC Radio 1’s Essential Mix was voted the top set of the year, the day after her U.S. tour finale in New York. “People might [once] have said, ‘You can’t go to the U.S. and play this.’ Now, you can absolutely do it.”

When it began three decades ago, drum and bass was known as jungle and built on rolling sampled breakbeats that, in pushing past 140 BPM, were considered wildly fast compared to house music, which hovered, then as now, in the 120s. By the mid-Nineties, leery of the racial connotations associated with the word “jungle,” the music became re-branded as drum and bass, or D&B, just as the music began paring down to rhythmic basics — staggered two-step beats replaced the rolling breaks — and sped up, over time, to a comfortable 170 BPM, allowing dancers to skank along to the sludgy, half-time bass lines.

Drum and bass also lives comfortably in a U.K. musical lineage that encompasses Soul II Soul, Amy Winehouse, and PinkPantheress. “You could go to a majority Black club tonight and hear dancehall, R&B, U.S. hip-hop, and drum-and-bass classics as part of a standard night out,” says Joe Muggs, author of the U.K. sound-system oral history Bass, Mids, Tops. In Britain, he adds, “Drum and bass was always part of pop culture — you would hear it on TV bumpers, idents on adverts.”

From rock & roll to hip-hop and house, U.K. artists have long offered interpretations of imported Black musical styles. But drum and bass was Britain’s first indigenously produced Black genre. “When it’s music of Black origin, you feel a sense of pride,” says Sherrelle. “Drum and bass is a very intrinsically a part of the U.K. blueprint, the DNA of it all.”

That’s integral to D&B’s intergenerational appeal. “I’ve just been on a film shoot, and somebody said, ‘My dad played me this music,’” actor and D&B pioneer Goldie recalls with a warm laugh. It’s more evidence that in the UK, drum-and-bass has become, as he puts it, “the new Motown.”

It’s not just in the UK. Crucial to drum-and-bass’s increasing American profile is a greater understanding of it as Black music in the U.S. “Drum-and-bass experienced the same thing as Detroit techno — a whiter audience embraced it, and in turn, it got written off as a ‘white’ genre and dismissed by the Black audience here as such,” says Sinistarr, the popular Detroit drum-and-bass DJ and producer. “Nowadays, there are way more American Black D&B producers than there has ever been, and that group is constantly growing.” The current surge in popularity comes at a time when a number of Black musical styles associated with nightlife have entered more mainstream consciousness. Drake’s latest release, Honestly, Nevermind features flourishes of house and Baltimore club, for example.

The current drum-and-bass resurgence also includes a growing number of female musicians. A key factor has been EQ50, a female collective in London dedicated to gender parity in the drum-and-bass world, which launched in December 2018. “That’s been a beautiful thing to watch,” says Sherrelle, who credits EQ50 for having “allowed people like myself and others to feel super comfortable in the scene. D&B has been quite a male-dominated scene for a very long time.” Now, she says, there is a “new wave of women and nonbinary people coming through and DJing.”

The D&B surge is also part of a general loosening of genre in dance music across the board. “My generation got it like, ‘You’re in your micro-genre and you’re not leaving it,’” says L.A.-based producer-DJ Claude VonStroke (Barclay Crenshaw), who has regularly booked D&B at his Dirtybird Campout parties since 2015. (Goldie is appearing this year.) “I don’t think it’s like that anymore.”

Increasingly more than genre, beats-per-minute (BPM) tends to regulate what and how DJs play. For years, techno tended to be played in the 130 to 135 BPM range, but starting in the late 2010s, DJs began pushing it past 140. (For reference, Avicii’s “Levels” is 126 BPM and Darude’s “Sandstorm” is 136 BPM.) A signal moment came in 2019, when the Boiler Room DJ set by Londoner Sherrelle, one of D&B’s most prominent young flag-flyers, went viral. It showed, she says, “that people have an appetite for things going faster.”

And since the pandemic, the desire to party hard again has notched the tempo way faster. “I have a friend in Berlin who was like, ‘I go out and like there’s nothing below 150 [BPM] anymore,’” says ex-DJ Mag editor Lauren Martin. Martyn Dekkers, a Dutch producer, and DJ now living in Washington, D.C., notes, “You have techno DJs playing at 170, you have bass music people playing at 170”— drum-and-bass’s median tempo.

“There’s just a massive appetite for faster sounds—sounds that actually have feeling,” says Sherrelle. “People are searching for music which has some bite and actually makes them feel something. That’s what we should be expecting, anyway, in the dance music scene — constant fun, to be surprised.”

This piece appears in Rolling Stone’s annual Hot List, in the July/August issue of the magazine.