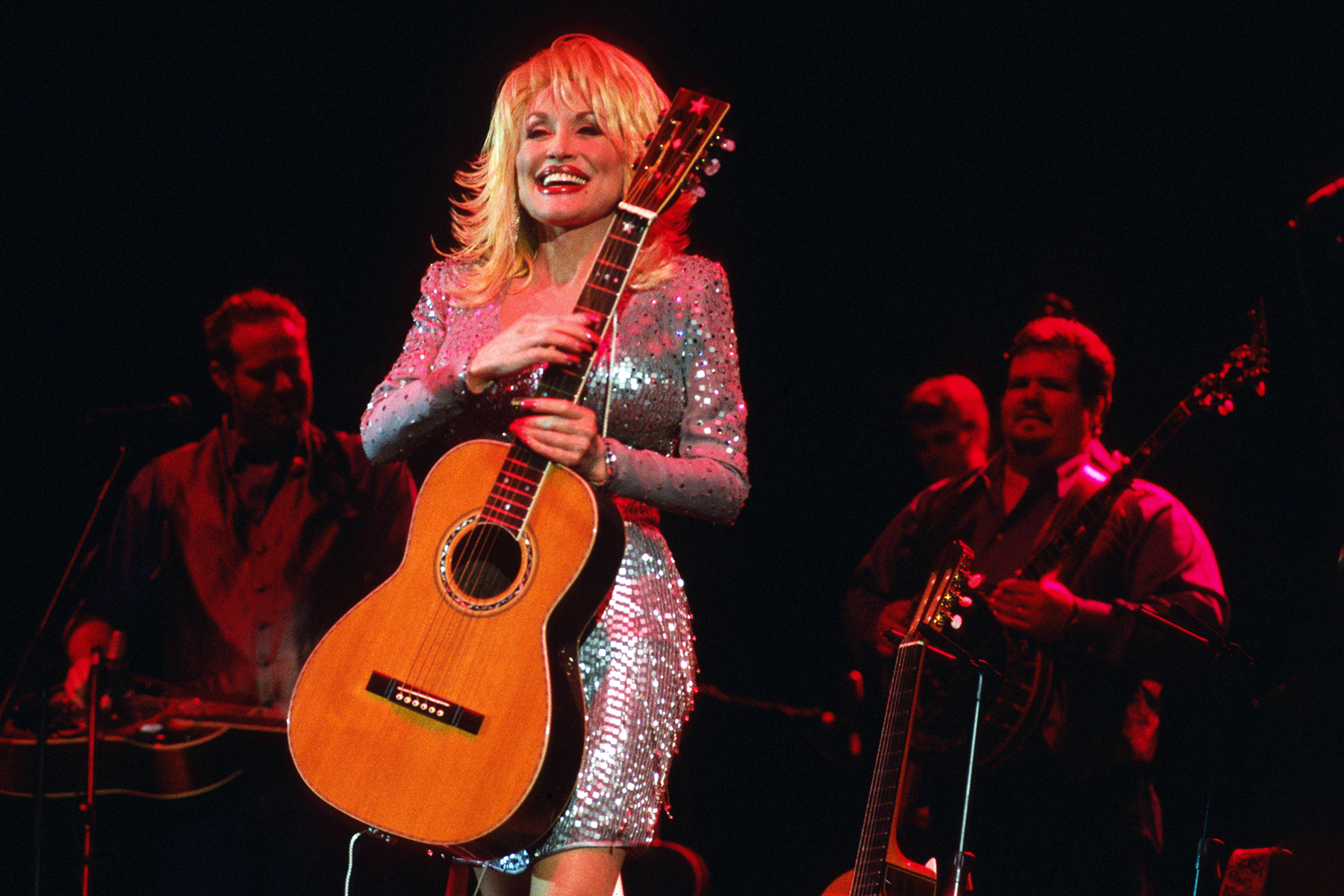 Dolly Parton stunned a lot of her fans earlier this week when withdrew herself from consideration for the Rock & Roll Hall of Fame.

“Even though I am extremely flattered to be nominated for the Rock & Roll Hall of Fame, I don’t feel that I have earned that right,” she wrote. “I really do not want the votes split because of me, so I must respectfully bow out … I do hope that the Rock & Roll Hall of Fame will understand and be willing to consider me again — if I’m ever worthy. This has, however, inspired me to put out a hopefully great rock ‘n’ roll album at some point in the future, which I have always wanted to do!”

This puts the Hall of Fame into a somewhat awkward position. They announced their nominees for the class of 2022 on Feb. 2. Ballots have already been mailed out. It’s a near-certainty that many voters already checked the box for Dolly and sent their ballots in. What happens to those votes? Her name is still on the ballot for the fan vote. Will it be removed? What if she gets into the Hall of Fame despite this recent statement? Do they induct her anyway?

She’s hardly the first Hall of Fame nominee to express ambivalence about the institution. When Guns N’ Roses were inducted, Axl Rose wrote a letter making it clear he wanted nothing to do with the thing. “I respectfully decline my induction as a member of Guns N’ Roses to the Rock and Roll Hall of Fame,” Rose wrote. “I strongly request that I not be inducted in absentia and please know that no one is authorized nor may anyone be permitted to accept any induction for me or speak on my behalf.” (His “strong request” didn’t amount to much. He was inducted along with the rest of his bandmates, and they did indeed perform without him that night.)

The list of past Hall of Fame inductees who didn’t show up to the ceremony is long, but it includes David Bowie, Todd Rundgren, Diana Ross, Joni Mitchell, Thom Yorke, Eric Burdon, Peter Gabriel, Van Morrison, Jerry Garcia, Levon Helm, Roger Waters, and every member of Van Halen besides Sammy Hagar and Michael Anthony. Some of these people had shows booked that night, some were dealing with health issues or personal matters, and others simply didn’t want to stand on the same stage as their estranged former bandmates.

The Sex Pistols took things to another level by not just boycotting the ceremony, but trashing the entire organization in a scathing open letter. “Next to the Sex Pistols, the Rock and Roll and that Hall of Fame is a piss stain,” they wrote. “Your museum. Urine in wine. We’re not coming. We’re not your monkey and so what?” (The letter was read at the ceremony in full by Hall of Fame co-founder Jann Wenner.)

Dolly Parton’s letter has a very different tone, to put it mildly, and largely centers around the fact that she doesn’t see herself as a rock artist. The Hall of Fame has always defined “rock & roll” rather loosely and has taken in everyone from Johnny Cash to Whitney Houston, Madonna, Donna Summer, Jay-Z, Nina Simone, and the Notorious B.I.G.

Dolly Parton may be a country artist at heart, but she’s explored many different genres during her long career. She even covered “Stairway to Heaven” on her 2002 LP Halos & Horns. Check out this video of her playing it in 2002 on her Live and Well concert special. It’s hard to get more rock than Zeppelin, but who are we to tell Dolly Parton what kind of music she creates?