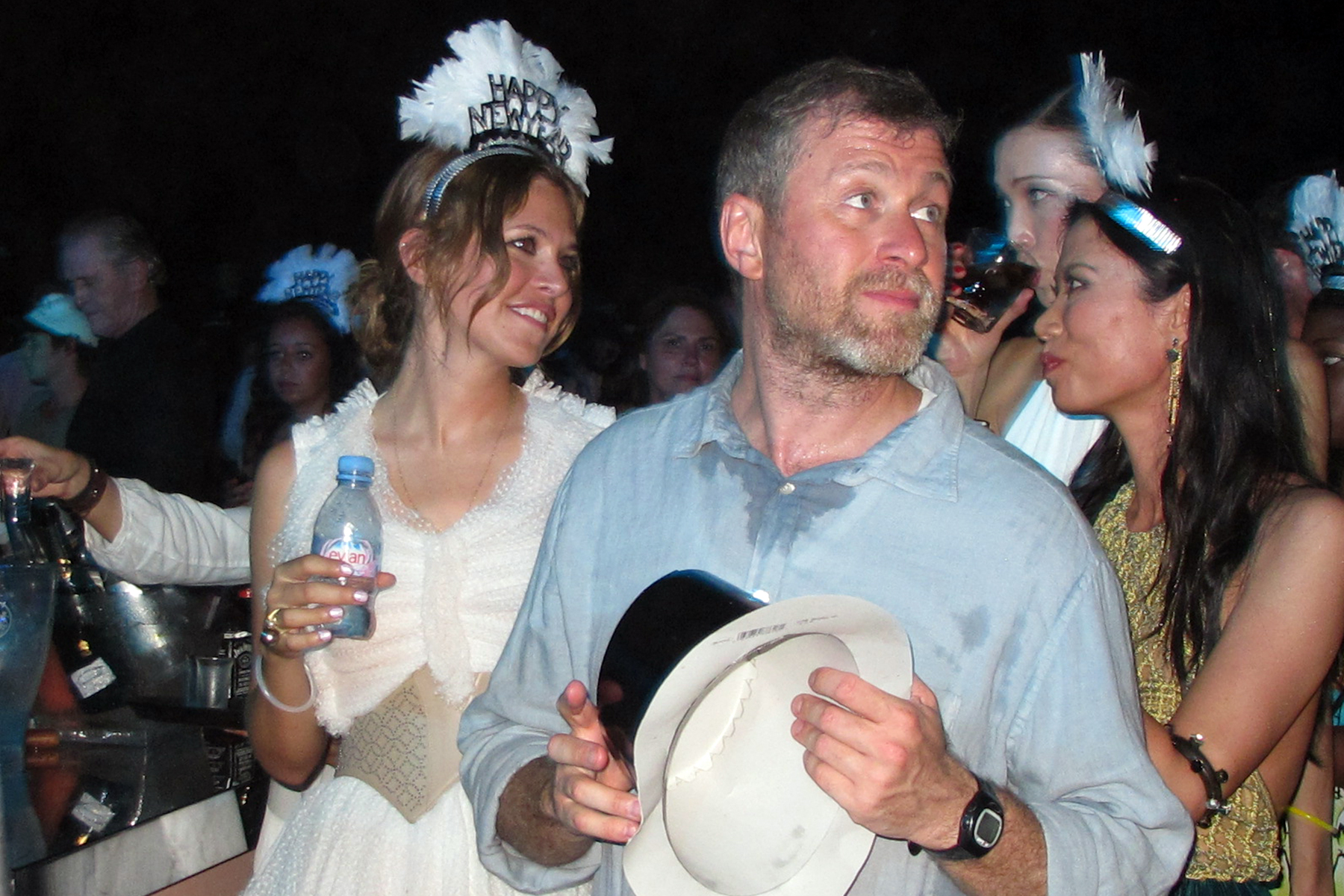 Looking back on his years with everyone from the Replacements to Guns N’ Roses, Tommy Stinson admits he’s played some “strange places.” But a 2010 show with GN’R — a private gig in Moscow for a Russian energy company — still leaps out. “I can’t even believe we did it,” Stinson says. “It was like, ‘What the fuck are we doing here?’”

In light of the Kremlin’s invasion of Ukraine — and the global ostracization of Russia’s most prominent moguls and biggest corporations — plenty of artists have begun asking themselves the same question.

For several decades, pop, rock, and now hip-hop acts have secretly pocketed hefty sums playing corporate and private parties in the States. Since at least the 2000s, a similar circuit has existed in Russia (or on overseas property owned by Russian businessmen). Dangling paychecks as much as seven figures, these Russian tycoons  hired major acts — not only GN’R but Elton John, the Red Hot Chili Peppers, the Killers, Jennifer Lopez, Sting, Prince, Robbie Williams, and Amy Winehouse — for their weddings, corporate events, and galas.

Before the conflict, such shows were considered just another part of a high-profile act’s revenue stream. “We knew about them then,” says one source in the business, who estimates that about “two or three” oligarch-funded shows took place each year. “We knew the background and the wealth. It’s a take-the-money industry.”

Now, that money seems tainted.  New scrutiny is being applied to these high-living oligarchs who have made or maintained their fortunes under Vladimir Putin’s regime. Their bank accounts are being frozen. Their yachts are being seized. Several governments, including America’s, have set up special task forces to go after the oligarchs. The idea — controversial in foreign-policy circles — is to squeeze some of Russia’s most affluent, and that in turn, they’ll squeeze the Kremlin to stop the war.

That has refocused attention on the pop acts that played those private shows, which have become an even more sensitive topic than secret gigs in the U.S. “No one will talk about this,” says another industry source. Indeed, by way of representatives, all of the major artists and all of the Russian tycoons involved either declined comment or did not respond to requests for comment to Rolling Stone.

Even if no one is willing to discuss the matter, there is a lot to talk about. In 2005, Christina Aguilera reportedly pocketed $2 million to sing at the wedding of Russian billionaire Andrey Melnichenko. European Union sanctions led to the seizure of his half-billion dollar yacht, because the fertilizer and coal baron “belongs to the most influential circle of Russian businesspeople” — a circle that recently met with Putin to discuss the economic impact of Russia’s war in Ukraine, according to the EU’s March 2022 designation.

Two years later, George Michael was reportedly paid $3 million to play a New Year’s Eve show for Russian tycoon Vladimir Potanin, who is said to be the richest man in the country. (Unlike so many of his billionaire counterparts, Potanin has not yet been sanctioned by the U.S., UK, or European Union.) In 2008, Tina Turner and Deep Purple partook in a multi-act show celebrating the 15th anniversary of Gazprom, Russia’s state-owned energy company. (It was sanctioned by the U.S. Treasury Department earlier this year.) Putin attended the multi-act show, although reports vary as to how long he stayed for Deep Purple.

The 2010 Guns N’ Roses show, held at the Moscow movie-studio complex Mosfilm, was paid for by Alexander Chistyakov, then deputy chairman of the management board of the Federal Grid Company, Russia’s largest state-run transmission grid firm. “It couldn’t have felt more awkward,” says Stinson. “They were a bunch of drunken party people who were glad to have us play. I didn’t see any fucking gold-plated toilets, but I’m sure they were there somewhere.”

Even after Russia’s initial invasion of Ukraine in 2014, these secretive performances didn’t let up. In 2016, Sting and Lopez played separate sets at the Moscow wedding of Said Gutseriev, the son of sanctioned Russian billionaire oilman Mikhail Gutseriev. That wedding, which cost a reported roughly a billion dollars to put on, included a 12-feet-high wedding cake and a ballroom ceiling covered in flowers; as parting gifts, guests were given jewelry-encrusted boxes. During her set, Lopez half-joked that “the hardest thing I had to do today” was learn how to pronounce the names of the bride and groom.

A year later, Elton John and Mariah Carey were the nuptial performers for a granddaughter of Russian billionaire Valery Kogan, who co-owns the Moscow Domodedovo Airport. (He, too, has not been currently sanctioned by Western authorities.)

Since the start of the war, a few musicians have admitted their involvement: “No oligarch in Britain, Russia, or anywhere else is in any position to book a gig, a wedding, or a party,” Sting recently said, referring to that wedding gig. “Those days are over.” After canceling an upcoming Russian concert, Deep Purple’s Roger Glover also announced, “Like many performers, we have occasionally performed private concerts for fans in various countries.”

Like a number of other Russian oligarchs, Roman Abramovich made his money in Russia’s chaotic post-Soviet years by buying privatized state assets at a discount and selling them for multiples of their purchase price — in his case, an oil company he bought in a reportedly “rigged” auction for $250 million and sold for $13 billion to the Russian government a decade later.

Abramovich has publicly kept Putin and the Kremlin at arm’s length as he amassed assets like the Chelsea Football Club. Western authorities say that’s a ruse. Abramovich has been able to retain his fortune and rather enrich himself, according to British and European Union authorities, due to his close relationship with Putin. EU sanctions describe him as “a Russian oligarch who has long and close ties” and “privileged access” to Putin and whose “connection with the Russian leader helped him to maintain his considerable wealth.” Britain’s sanctions designation detail “preferential treatment” afforded him by the Russian government. (Representatives for Ambramovich did not return emails from RS.)

Long before the Ukraine conflict, Abramovich forked over big money for pop stars to play full shows at his events. In 2009 he reportedly paid Amy Winehouse $2 million for an up-close show at the Garage, a Moscow art gallery owned by his then-partner Dasha Zuchova. (Winehouse, by all accounts, wasn’t in much of a condition to perform and put on a rambling show that started hours late.) A sign above the stage, which spelled out Winehouse’s name in gold lettering, was one hint of opulence to come.

The following year, Abramovich spent $90 million on a massive villa complex on the French Caribbean island of St. Barts. Soon after, he began throwing oversize New Year’s Eve parties, some complete with fireworks and tours of his massive yacht the Eclipse (with its multiple swimming pools and helipads and a submarine). Starting in the late 2000s, he lured Kings of Leon, the Red Hot Chili Peppers, and the Killers with paydays that were at least six figures. (Paul McCartney also joined the Killers onstage at a 2017 New Year’s celebration for a rendition of “Helter Skelter.”) When Abramovich hired the Black Eyed Peas for New Year’s Eve 2010, he took over the entire waterfront of Gouverneur Beach, known for its gorgeous white sand. At the party where the Chili Peppers played, on New Year’s Eve 2012, guests were instructed to wear “island chic” and nibbled on caviar blinis and pancakes made with vodka and lemon-zest sauce.

One of Prince’s last performances, just a few months before he died, took place on Abramovich’s property on New Year’s Eve 2015. For reportedly around $1 million, Prince and 3rd Eye Girl played a long set of hits to a crowd that included Leonardo DiCaprio and George Lucas. (Past parties there reportedly also drew in David Geffen, Harvey Weinstein, and Ellen DeGeneres.) Patrice Abderrahman — a local chef whose company, Chef D’or St. Barth, has worked many elite events — still recalls the “beautiful silver cane” that belonged to Prince (who was suffering from a hip injury that would help lead to his fentanyl use). “Abramovich makes very nice parties,” Abderrahman says. “He is very generous.”

In 2014, Abramovich also hosted Robbie Williams for a private show in Moscow, according to the hacked inbox of a top Putin political adviser. Vladislav Surkov served as a deputy prime minister to Putin and a close adviser to Putin on issues like Ukraine before the Russian president fired him in February 2020. Unnamed hackers reportedly broke into Surkov’s government email account and dumped the contents online in 2016.

The emails, reviewed by Rolling Stone, show an invitation from Abramovich inviting Surkov and his family to a private party in Moscow to ring in 2015. Robbie Williams and “other artists,” the invitation read, would perform for an intimate audience of 100 people, with fireworks to follow. After news of the performance leaked, Williams released a single about Russian oligarchs, “Party Like a Russian,” that appeared to be inspired by the incident.

According to a source in the event business, who asked to speak on condition of anonymity, the appeal of the Abramovich bashes wasn’t hard to fathom. “In this industry, various time wasters inquire about artists, or very wealthy people go as far as contracting and then pull out,” the source says. “But with Abramovich, you knew it was going to be a massive offer and that he was good for the money. It was secure. It was going to be easy and professional — a good deal for everyone involved.”

The source points to the money Abramovich has injected into countries where he owns businesses and properties — and the way in which the local governments looked the other way for years: “If you look at the artists and say, ‘Why would you perform for him?’ why wouldn’t they? Everyone else is taking the money.” That source also feels the situation overall could return to pre-Ukraine-war normal at some point: “I can’t guarantee it, but if the war was over and everyone forgets about it in five years’ time, it will probably be business as usual.”

For now, at least, artists are no longer taking that type of cash: The Ukraine war has made the thought of playing for oligarchs unpalatable. “We get inquiries for big names from some shadowy-looking folks in that region, and we just simply delete them,” says one leading events booker in the U.S. “It’s just not something to get involved in.” Adds a manager of several leading rock bands, “At this point, I wouldn’t be advising any of my clients to do Russian gigs. No matter what the money would be, it would be a terrible thing to do.”

“Playing for oligarchs and rich people is just fucking gross,” says Stinson. “That’s the only way I could put that.”