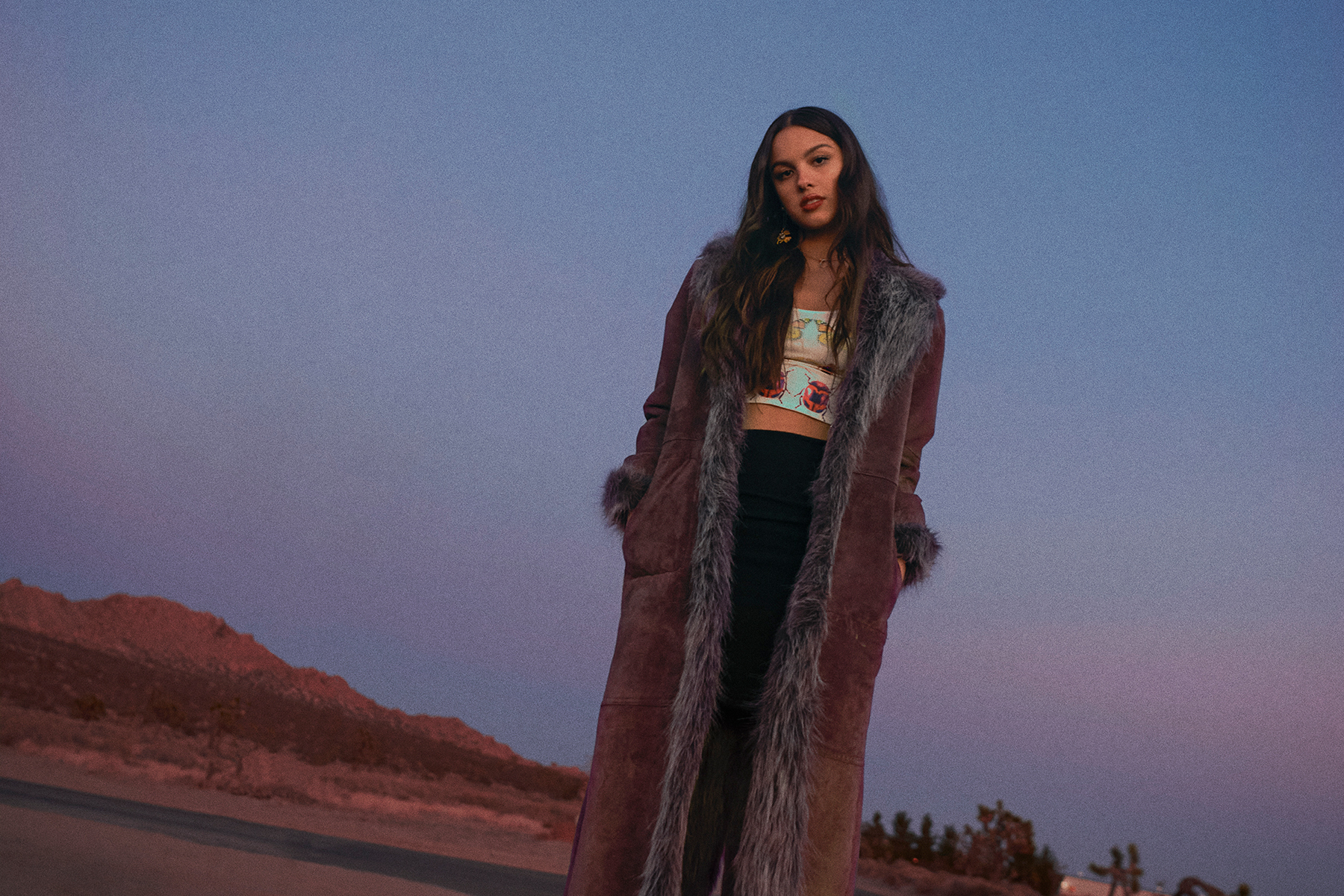 Olivia Rodrigo’s past year has been nothing short of triumphant. Beginning with the smash success of her debut single, “Drivers License,” she’s become one of the most interesting and evocative new stars in pop music, not to mention the biggest. Her album Sour, released last May, built on the emotional promise of “Drivers License,” but injected it with surprisingly punk-y energy, like on hit single “Good 4 U” and opening track “Brutal.” The album hit Number One, went platinum, and netted the 19-year-old seven Grammy nominations.

There was just one issue: Thanks to the pandemic, Rodrigo barely got to perform live for her fans. Now, she’s solving that problem in two ways. Her first ever tour starts next month, the headlining Sour trek. But before that, she’s partnered with Disney+ for the film Driving Home 2 U (A Sour Film), which will be released on the streaming platform March 25. Structured like a road trip between Salt Lake City and Los Angeles, the special features live performances of Sour tracks, intimate interviews about the songs, and behind-the-scenes footage shot during recording sessions with producer Dan Nigro.

“For a year, I filmed a show in Salt Lake City,” she says, referring to the Disney series High School Musical: The Musical: The Series. “So I started writing there and ended writing and producing [the album] in L.A.” She re-created the trip between the cities late last year for the film, stopping in spots like the Mojave Airplane Boneyard and the Red Rock Canyon State Park. “You get to see the beautiful scenic drive.”

Going back and watching the footage of herself recording Sour with Nigro was its own kind of journey. The pair installed a GoPro in the L.A. studio where they worked soon after “Drivers License” was released. They were still very much finishing up the album, and the camera captures them picking apart arrangements, lyrics, and song order as it gets down to the wire.

“When you put out an album or put out singles, they take on an entirely different meaning. I think that’s the beautiful part about music,” she explains. “It was really interesting to go back and watch footage of when the songs are kind of beginning to form. I think there’s magic to that creative process, and they’re really fond memories in my life.”

Many of the live performances in the film are made even more special by the all-girl band Rodrigo has assembled. Together they perform even more rock-focused arrangements of the songs, upping the grunge-y kick of tracks like “Brutal” and “Jealous, Jealousy.” Most of the band should be joining the singer on her upcoming tour, which starts just days after the film is released. “I think it’s so cool to watch women in rock, and I feel like there’s probably not enough of that shown in the media,” she adds.

That tour will be Rodrigo’s first ever. Back when she appeared on Rolling Stone’s cover alongside Alanis Morissette, she asked the icon about what it’s like to be on the road. Now, it’s finally happening, and Rodrigo is both a little nervous and very excited. “It’s a brand-new experience for me that I’ve never really had a test of, so it’s going to be really fun,” she says. “I put out my music in the isolation of Covid, so I’ve gotten to play very, very little shows. I’m excited to see my fans in real life. There’s something so special about that that can’t be captured by social media and technology.”

When she thinks of concert experiences she’s had that she wants to emulate for her fans, Lorde’s Melodrama tour comes to mind. “I was 14, and it was so incredible and so artful,” she reminisces. “I remember walking out of the Staples Center and being like, ‘I want to make a show and a piece of art that transports you.’ That was the gold standard for me.”

For Rodrigo, the film provides two important elements to the impending end of her Sour “era.” For friends and fans who can’t make the tour, they can still at least get a taste of what the songs will sound like on tour. Driving Home 2 U is also a victory lap for her debut album. She even added a previously unreleased song to the end credits, a scrapped and still-in-progress iPhone demo that currently doesn’t have a name. “I was listening to some of them and heard it and thought, ‘Oh, it’s kind of good!’ With the film, I wanted people to have a new bit of Sour content with it.”

As for the next chapter, she’s already been back in the studio working on her second LP, trying to get as much done as possible before hitting the road. “It felt like a closing chapter for me,” she adds. “I’m so, so excited to put out new music and to create the next set of worlds.”