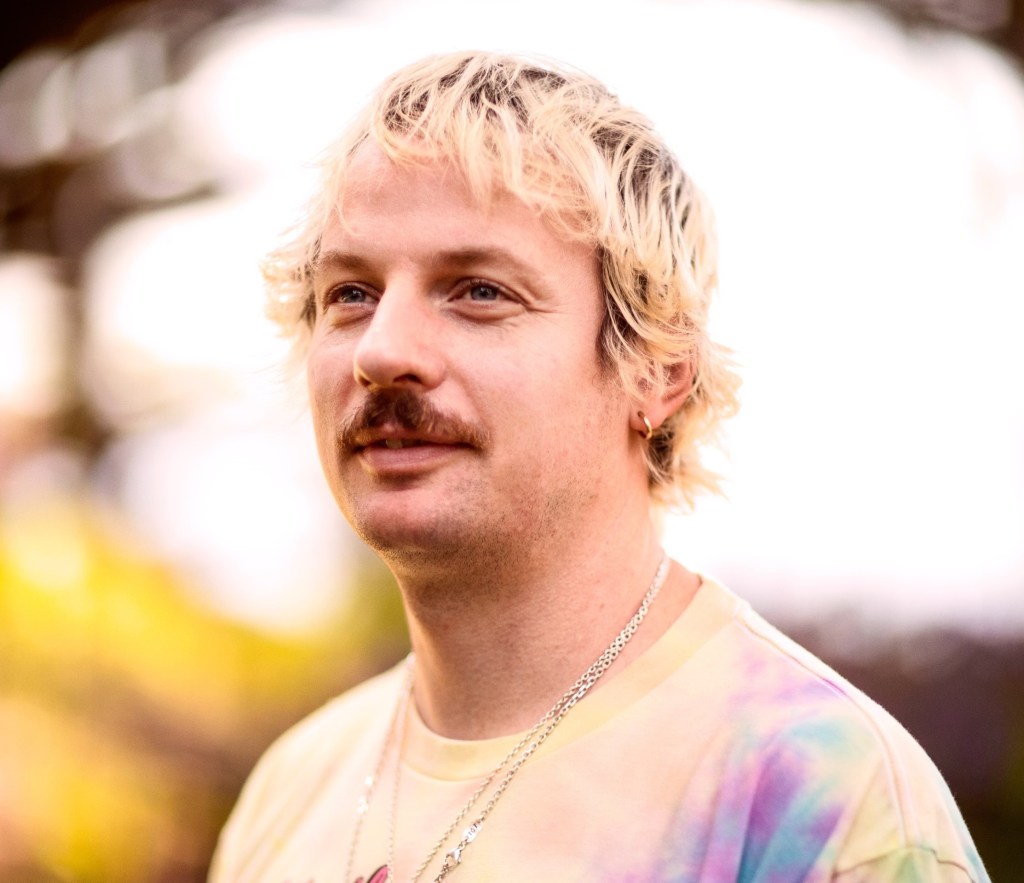 Producer/songwriter Kid Harpoon, a.k.a. Tom Hull, has had a wildly successful 2022 so far, co-producing and co-writing every track on Harry Styles’ Harry’s House (including the Number One hit “As It Was”), as well as doing the same for Maggie Rogers’ rock-influenced second album, Surrender. On top of that, he worked on new songs for his longtime collaborators Florence and the Machine, as well as Lizzo’s “If You Love Me.”

He worked on the Rogers and Styles albums simultaneously, and was struck by the contrast between them. “I felt like we made a really masculine record with Maggie and almost a really feminine record with Harry, which is kind of interesting,” he says.

In the new episode of Rolling Stone Music Now, Hull gives his first in-depth interview on the making of Harry’s House, while also talking about his work with Rogers, Lizzo and much more. Some highlights follow; to hear the entire epic episode, listen on Apple Podcasts or Spotify, or press play above.

The drums on ‘As It Was’ were influenced by the Strokes. “I’m sitting there on the drums and I was like, oh, this could have a Strokes kind of vibe,” says Hull. “Harry in particular has said from the beginning of working together, his real sort of like flag in the ground kind of moment is ‘I don’t wanna sound like anyone else. I want people to be saying, that’s the Harry sound.’… ‘As It Was’ in terms of like references, it isn’t necessarily, something we set out, ‘we’re gonna do this,’ but you get to the end and you hear it and you go, oh, it’s got the sort of A-ha references and the Strokes references and maybe there’s a bit of Talking Heads in there and then it becomes something bigger than the sum of its parts.”

He thinks Styles is on an artistic streak that he compares to Tom Petty and Radiohead – and he’s already thinking about his next album. “For me, you know, someone like Harry, who’s obviously having an incredible year, it’s like, let’s stop seeing this as like a one off and let’s have a run,” Hull says. “And this is a moment where you’re creatively in a real zone. Everything just feels connected and you might not be forever, you know?… You can’t really get much bigger. You can, but it’s very minimal. But what you can do is just get better. He’s carved out a space for himself and let’s just explore that more. And what I would love is just to keep building. When I look back at, you know, whether it’s Talking Heads or, Radiohead and even Tom Petty, those artists went on a run where they just knew they were in a creative stride and they just went for it. And that’s what I hope for going forward with Harry is that whatever it is next, let’s not try and second-guess it, or do anything based on what we’ve done before. Let’s just try and do something new and land somewhere exciting. And hopefully everyone’s as excited to hear it as we are to kind of hear it as well. You know, I feel like we don’t what it is yet. You know what I mean? And that could be anything, which is the most exciting thing about it.”

Maggie Rogers explicitly wanted to make a “rock record” with Surrender. “She really wanted it to be like New York 1977,” Hull says. “New York, streets, gutsy, sweat. Iggy Pop, all those kind of influences. But then having that sample-y kind of modern twist on it too. That was a real conscious shift on her part.”

Hull, who made strong solo music in the ’00s, may make his own music again soon. “Being an artist is very, very difficult because you have to have a singular vision,” he says. “You have to be very strong minded and I’m very open to ideas. I think it really suits me this side of producing people, ’cause I can get really inspired by Maggie or Harry or Florence or whoever I’m working with and buy into their vision. But now I have hit a point where I actually really am craving doing something for myself – but I’m not gonna try and release a pop record and go on tour and do videos and stuff. I think it’ll feel more personal.”

Hull had to stop Styles from changing lyrics on “Watermelon Sugar” that the singer thought were “stupid.” “He was like, ‘Oh, should I change these? And this is stupid, this like, ‘I want your belly, I want this… And it’s just a bit throwaway.’ And I was like, ‘But it’s so funny. It’s so good!’”

He’s noticed a vast change in the industry’s feelings about rock sounds in pop songs. “I remember having a conversation with an A&R man, it must have been seven years ago,” he says. “And I remember him saying guitars are a really hard sell on radio. And now, guitar is everything. Like, you just hear it everywhere. Even people like Steve Lacy, who’s incredible, and then to Olivia [Rodrigo] – I think she’s phenomenal.”

As Styles told Brittany Spanos in his latest Rolling Stone cover story, Hull is highly amused by the rumor that Styles is bald, as well as all the other rumors that constantly swirl around his friend. “I don’t know if anyone knows if he isn’t actually bald,” Hull jokes. “I don’t wanna add to the rumors, but you know, maybe, I don’t know! It’s so stupid. Everything’s so stupid. It’s funny… I love that that’s his place in culture right now. I like him to know how proud I am of him of that. It’s what we all strive to do – no one strives to have news articles about them being bald, but if they happen, it means you’re doing something else somewhere. They’re writing because he’s very successful right now…. No one’s talking about if I might be bald, which is a very real concern!”