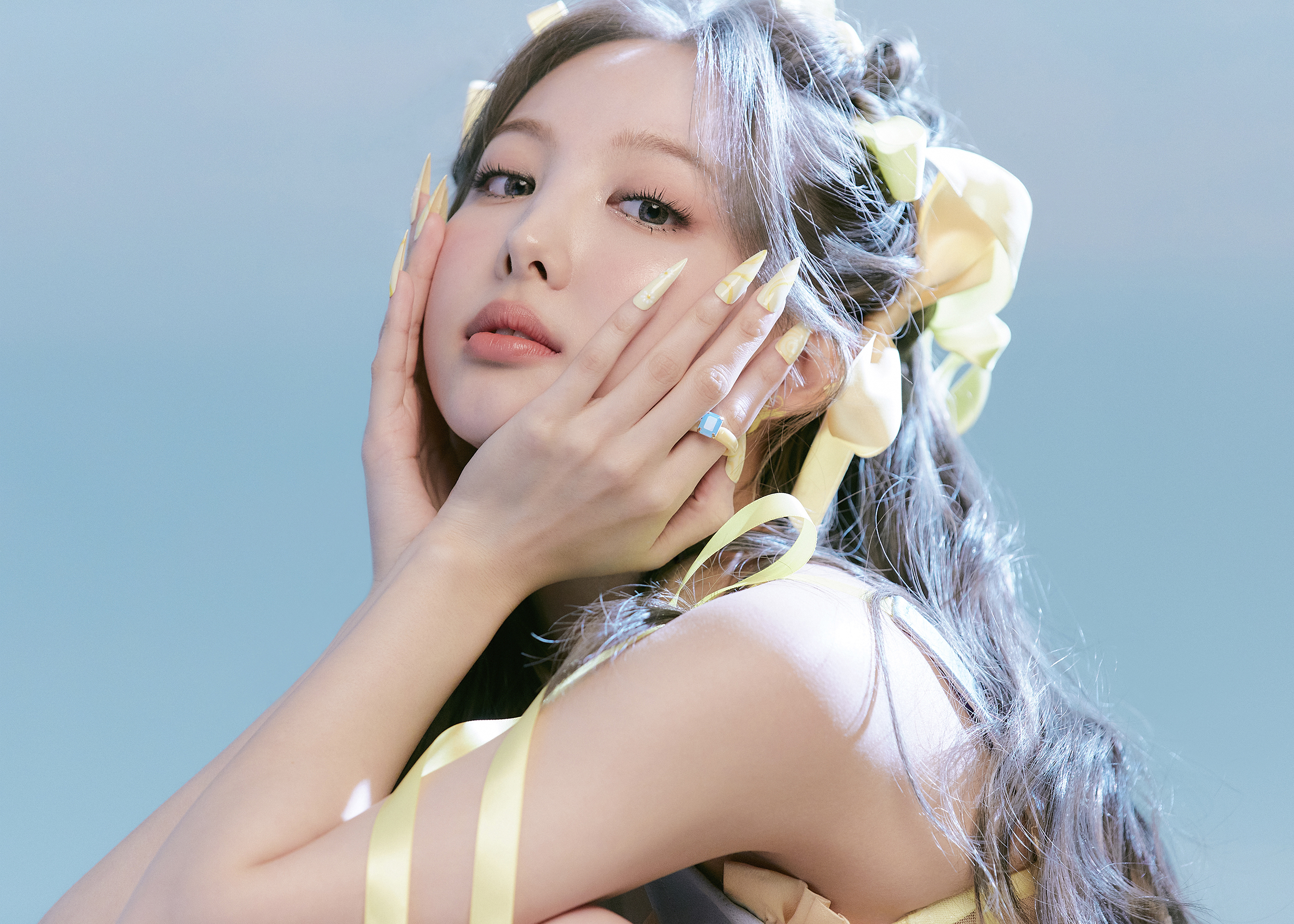 K-pop girl group Twice has had a prolific run since their 2015 debut, and this year hasn’t been any different. Already one of the most popular girl groups in Asia, they have been welcomed with open arms here in the U.S. Twice concluded a sold-out North American tour just a few months ago, only to return for two encore shows at the Banc of California Stadium. Although the group put out music in unofficial sub-units for their most recent album, Formula of Love: O+T=<3, none of the members have had solo music — until now.

Nayeon, the group’s oldest member, makes her solo debut today with her EP, Im Nayeon. The lead single — “Pop!” — conjures classic Twice, from the fun bubblegum beat to the addictive melody and cute lyrics. In true Twice fashion, the song’s video is a spectacle you won’t want to look away from for a second: colorful visuals, striking sets, fun choreography, costumes reminiscent of a flashy High School Musical number. Nayeon stands alone without her eight bandmates for the first time, but she manages to fill the stage solo and prove that each member of Twice brings something unique to the table.

The song is a great introduction to Nayeon as a soloist, not to mention a bop that will keep us cool all summer long. The song’s lyrics, in both Korean and English, and are about teasing a love interest who hasn’t been great about hiding their feelings. “It’s too late for you to escape me,” she sings. “Your quivering glances, your obvious gestures baby/I want to pop you.”