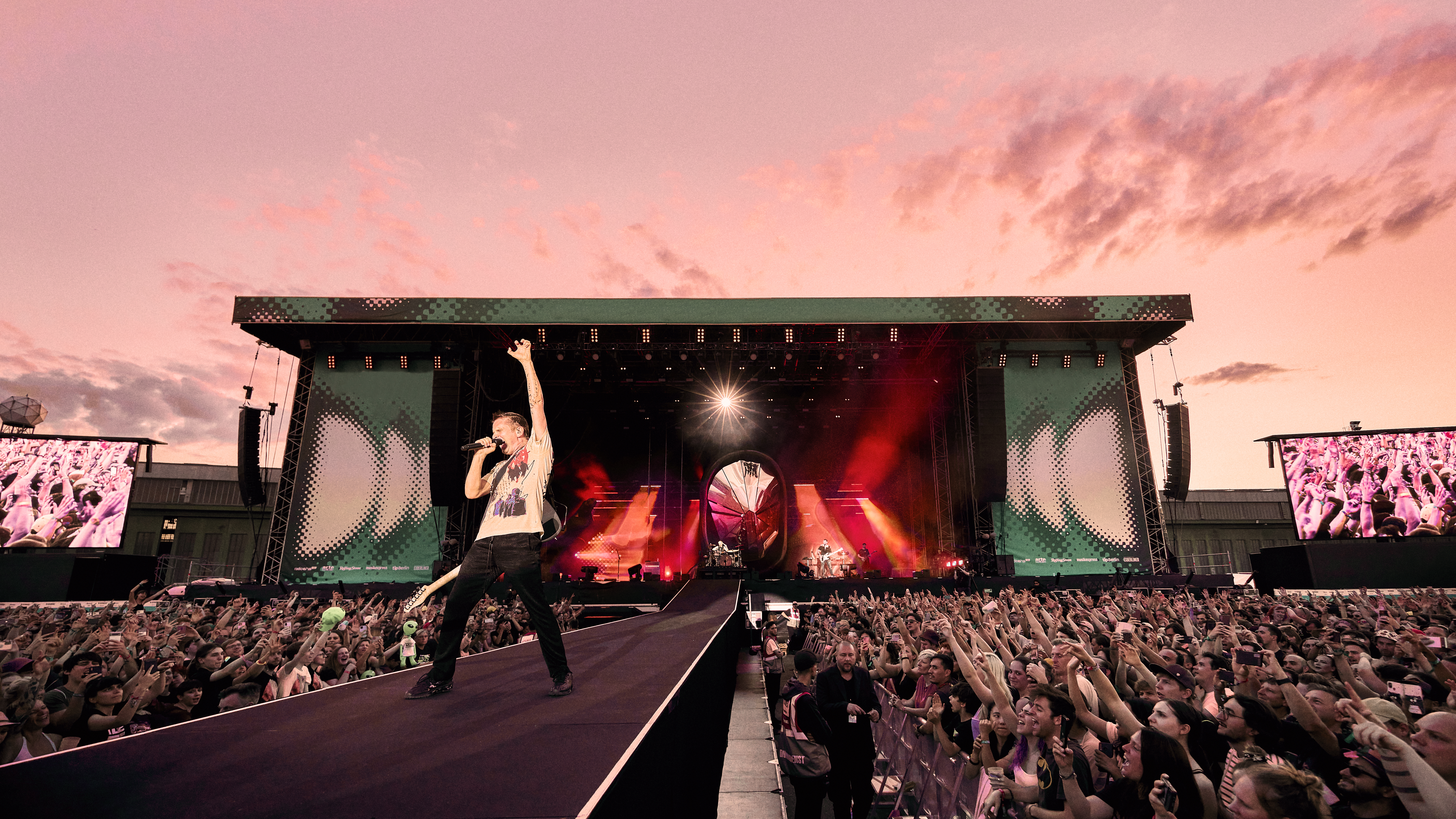 There’s something so communal about going to a Muse show. The experience has a way of inducing a unique catharsis. On the one hand, it’s hard to ignore the tremendous feeling of it all, from the hypnotizing laser light show to the rousing pyrotechnics and the otherworldly visuals.

But beneath the (literal) flash and frills lies something much more intimate. Fans are embracing, fists are pumping, and in spurts, the audience takes on the role of lead vocalist while they roar the lyrics of their favorite records. In these moments, complete strangers become part of something much larger than themselves because there’s community to be found between the lines of your favorite song.

“Nothing beats being in the crowd with music fans when you don’t know what the setlist is,” says self-proclaimed superfan Helen Rose Tooth. “When they start bringing out the songs, and bring out some rarities, and everybody just comes together, you get picked up by the atmosphere.”

Rolling Stone caught up with Rose Tooth and a host of other Muse diehards at a secret homecoming show in Exeter, Devon. Hosted by Jim Beam as part of their Welcome Sessions event series, the intimate gig brought Muse superfans back to the Cavern, a cozy music venue in the South West of England where the band started out by playing for some of its earliest supporters: friends, family, and classmates.

When asked about her favorite song to see live, it only takes Rose Tooth a moment to land on “Definitely ‘Knights of Cydonia’” as her answer. Tom Kirk, a longtime friend of the band, doubles down on the sentiment. ’Knights of Cydonia’ is the ultimate fan singalong. I don’t think Matt needs to even stretch his vocal cords for that anymore because the whole crowd in the arena or festival [is] just bellowing it out. It’s an electrical force of people being completely tuned into the moment like nothing else exists.”

It’s easy to hear why the record elicits a range of emotions from the Muse faithful. The song kicks off with a spellbinding harmonica solo by bassist Chris Wolstenholme. Though everyone in the house knows what’s coming next, the anticipation builds like a roller coaster inching closer to its first big drop. Then, at the perfect moment, Matt Bellamy sends the audience into an auditory free fall once he interjects with a few crackling strums of his electric guitar.

When you’re singing along to lyrics that speak to you, that feeling you get is irreplaceable, and it runs much deeper when you look to your left and see a fellow fan sharing in that communion. There’s a bond created there, an understanding that the words that made such a pronounced impact on your life have struck a chord with someone on a similar frequency. At that moment, a would-be stranger feels more like a kindred spirit.

This belief that you truly feel connected when belonging to a community is rooted in Jim Beam’s two-century history of bringing people together, and that sentiment is evident in talking to another Muse superfan, Hannah Chandisingh. “You’re all in that together”, she says. “And when they break out these really powerful songs, when you actually realize that you and the person next to you are both in floods of tears, [there’s this sense that] ‘I don’t know you, but I love you.’”

It’s a feeling that can transcend language and borders. Danny Yeates has vivid memories of his first Muse show outside of the UK. “I went to Madrid for a VIP experience in 2016,” he recalls. “The fan base was just so different. This guy literally collared me, and [we] just started singing along. Generally, in the UK, it doesn’t really happen that way. The cultures are very different, but we’re here, and the universal language is Muse.”

Muse frontman and songwriter Matt Bellamy describes this lightning in a bottle as equal parts method and magic. “It’s hard to describe the emotions that you feel on stage. Spiritual, I guess some people could describe it that way,” he says. “It’s something otherworldly. Very connective with thousands of people.”

Early on, Bellamy realized he should pen his lyrics through the lens of inclusivity. “Over the years, [I realized that] you know what? I can actually play with this and start writing songs using ‘we’ pronouns instead of ‘I’ and singing about myself. ‘The Uprising’ was the big moment where I was like, ‘I’m going to change this song. Instead of it being about me, I’m going to make it about us,’ and I sort of deliberately wrote the lyrics with that in mind.”

That communal spirit can be just as stimulating for the performer as it is for the audience. Muse drummer Dom Howard speaks warmly of that synergy. “It’s an amazing feeling,” he says. “It’s kind of this really reciprocal feeling of you enjoying what you’re doing and them enjoying what you’re playing. It’s a wonderful thing where you’re very much tuned in to each other and aware of how everyone feels.”

In the mind of a songwriter, that reciprocity is a catalyst for growth because feeling understood can be an invitation to push the envelope even further. Bellamy observes that, “there’s a vulnerability in songwriting because you’re digging into workings of your personality and expressions and experiences that you’ve had,” he says. “There’s a kind of confidence that emerges over time when you realize how many other people there are in the world that can relate to that. And over time, that actually gives you a bit more confidence to maybe dig deeper.”