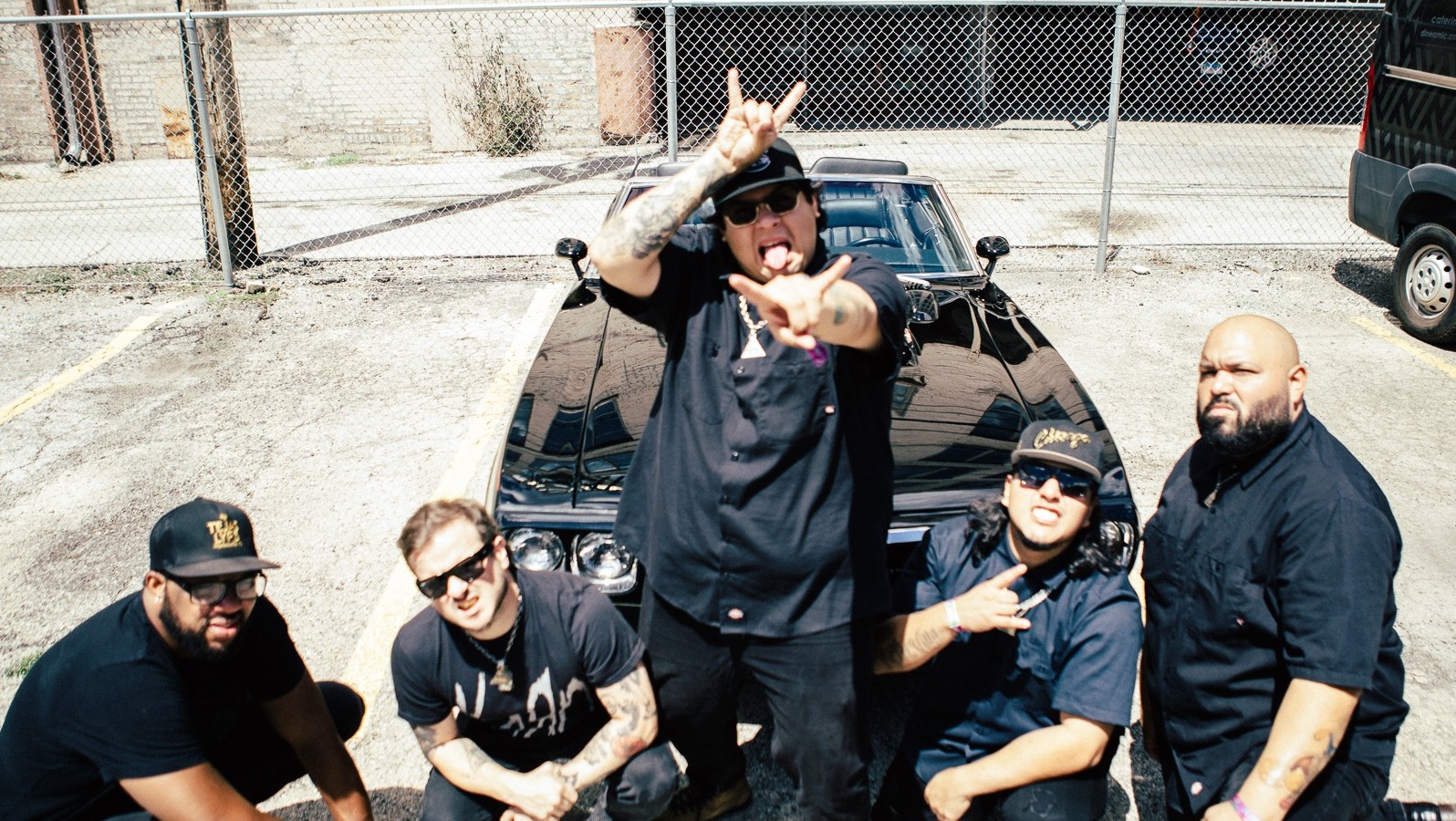 When Giovannie Yanez was writing the brooding ballad “The Letter” for the new album by his band Giovannie and the Hired Guns, he kept hearing the voice of Seventies country crooner Freddy Fender in his head. Yanez wanted to sing a verse of his song in Spanish and he figured that if Fender, a fellow Texan of Mexican descent, could do it, so could he.

“I was thinking about ‘Before the Next Teardrop Falls’ and thought, ‘What if I did that?’ And it worked,” Yanez says.

Of course, Fender wasn’t singing about a Xanax habit in his 1975 weeper. Yanez, however, was, detailing in both English and Spanish verses the zombie-like state he was in just a few years earlier. “It’s easy for me to ride on the school bus all day for free,” he sings in the very first line of “The Letter,” a street reference to yellow-colored bars of the depressant.

“I used to have Xanax on me all the time. I would take just enough so I wouldn’t get caught with it, where if I got pulled over, I could just eat it and be OK. But then an ice storm hit and we got stuck in Kyle, Texas, for five days in a hotel and I ran out,” Yanez, 28, tells Rolling Stone. Dressed all in black — pants, T-shirt, baseball hat, a tattoo reading “Time Is Money” on his right arm — he’s sitting on a sofa in his manager’s Nashville loft, chilling out beneath an enormous American flag that hangs on the wall.

“I’d go to the van and I’d try to find some, even though I knew there wasn’t any. That’s when I was like, ‘Oh fuck, what is wrong with me?’ Now, people should know I had a little [problem]…,” he says, his voice trailing off. “Because somebody might be dealing with the same thing I was dealing with.”

It’s that unflinching honesty and the willingness to write and sing about personal failings — from addiction to bad romances — that have helped make Giovannie and the Hired Guns one of the year’s most surprising, genre-crossing buzz bands. Musically, the five-piece — Yanez on guitar/vocals, his cousin Carlos Villa and Jerrod Flusche on guitar, Alex Trejo on bass, and Milton Toles on drums — sound like early 2000s pop-punk; they’d make the ideal opening act for Blink-182’s reunion tour. But there are also hints of country music and a healthy dose of Tejano rock that suggest an appeal to a wider audience. When the Texas-based band release their major label debut, Tejano Punk Boyz, on Friday, it’ll arrive on Warner Music Nashville, but in a partnership with both Warner Music, for rock distribution, and Warner Music Latina.

Along with “The Letter” and the self-eviscerating, guitar-and-tuba number “Overrated” (“She says I’m a waste of time/and I think she might be right”), Tejano Punk Boyz is anchored by the Hired Guns’ breakout hit “Ramon Ayala,” a chunky guitar-fueled rocker that topped both the Active Rock and Alternative radio charts last year. Its title is a nod to the working-class norteño singer known as “The King of the Accordion” whose music soundtracked the youth of Yanez and his peers. The song itself is metaphor for what Christopher Moltisanti might call the “regularness of life.” “I’m just your ordinary fuck-up/there’s nothing special about me,” Yanez sings. “I still bump Ramon Ayala when I get drunk.”

“Ramon Ayala, even though I don’t know him personally, he’s been a big part of my life. Every Christmas, every Thanksgiving, every family BBQ, he’s there in the background,” Yanez says. During their live shows, the band, with Trejo on tuba, preface “Ramon Ayala” with a cover of Ayala’s of “Tragos Amargos,” seamlessly weaving it in alongside covers by Hinder (“Lips of an Angel”) and Foster the People (“Pumped Up Kicks”).

“When we do a Ramon Ayala cover, everybody is in sync. The fans are so loud,” Yanez says. “We’re all one.”

The idea of unity comes up a lot in conversation with Yanez. He laughs at the memory of how his Mexican-American father, raised in Abilene, Texas, met his mother, from Jalisco, Mexico, and started a family (“They went on a first date on a bike!”). He talks at length about the camaraderie of his band’s concerts at Lone Star State venues like the Twisted J in Stephenville, where cowboys mingle with young Latino skater kids. And he says his fellow Mexican-Americans don’t much care about divisive talk of walls, political or literal. “They ignore that. They’re like, fuck it, who cares, move on,” he says. “At the end of the day, we laugh. La Raza has been here for so long and has taken so much shit that we don’t go into the news and yell or rage.”

“I’m so happy to be a Latino, a Latino-American,” Yanez says. “At our shows, you see young Latino kids. The thing that punched me in the gut one time was a kid came up to me and said, ‘Man, thank you.’ I said, ‘Why you thanking me, bro?’ He said, ‘Bro, you’re giving people like us motivation, that we can do whatever the hell we want to do.’”

Giovannie and the Hired Guns imagine a nation where everyone has a seat at the table, and nowhere more so than on the eye-popping album art to Tejano Punk Boyz. It’s a chaotic but colorful caricature of the White House, with low-rider parked on the lawn, a barbecue happening near the front door, and Mexico’s flag flying just beneath the U.S.’s. Spray-painted on the White House’s wall? “We All Belong.”