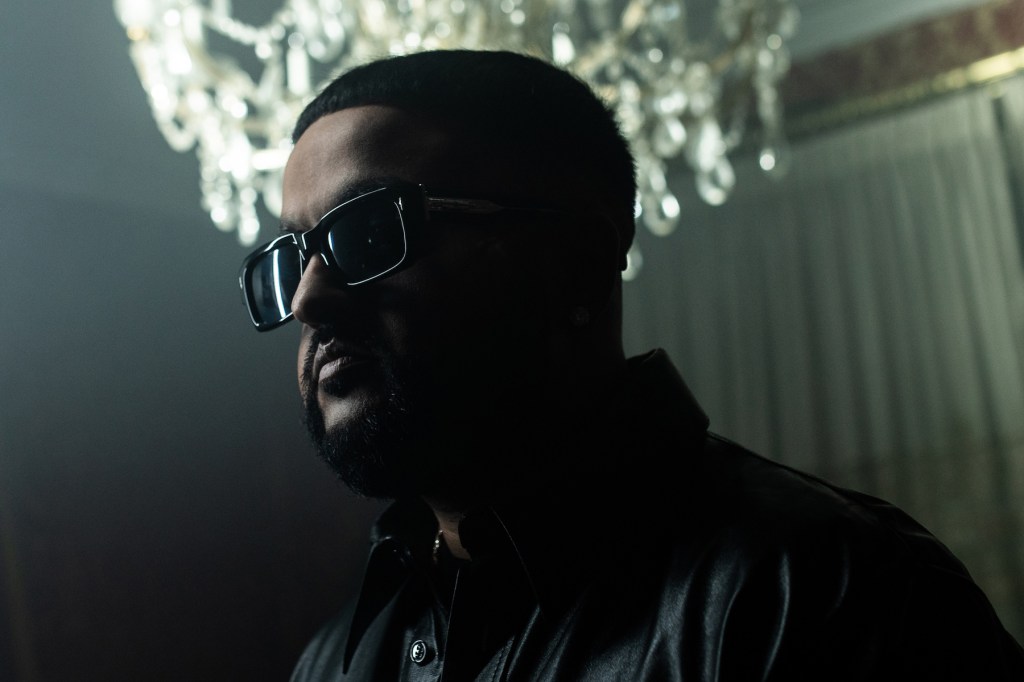 For those who think J. Cole is the most self-serious rapper, I give you Nav. The Punjabi-Canadian artist whose persona is the embodiment of workplace posters telling you to work hard and reach for the stars. The 32-year-old rapper is known to tweet like an overly earnest teenager. Like the time that he said “you can’t win a race with a friend who is not ready to pass a baton; Or when he claimed he is “addicted to staying lowkey, and my personal favorite, “Being mentally tough is worth more than muscles.”

Still, despite his online presence serving as readymade meme-fodder, Nav’s abilities are polymathic — he raps, sings, and produces. On his newest record, Demons Protected by Angels (incredible title), His crystalline production is full of mournful trap beats and sentimental crooning. While it still suffers from the usual filler you expect on a Nav record — Travis Scott, Future, Lil Baby, and Don Tolliver all come with their trademark features — Demons Protected by Angels marks clear signs of progression. At his best, Nav peels back the curtains to reveal something raw. Of course, rapping openly about depression and suicide doesn’t have to be what endears you, but for the first time in his career, Nav is shifting his lens inward to become the subject instead of the longsuffering underdog.

Look past the memes and tweets, and there’s someone there. A compelling, if not at times corny, dude who you wouldn’t be mad at seeing win. Not enough guys like Nav do. “He’s a really good dude, funny as hell, cool to hang around with, and just got a good head on his shoulders. I love that man. That’s my little bro,” the rapper Belly, a close friend of Nav’s, told me.

Rolling Stone caught up with Nav to talk music, his career, Toronto, race, and much more.

What have you learned from your last record to this one?
I’d say I just learned to take my time more and pick stronger topics for songs and make more standout songs where it’s very easy to tell the topic from the content of the song. Just really just being very mindful of my lyrics and making sure that they hit.

You have Babyface Ray on the record. How do you stay on top of trends in rap?
Just using my ears along with my eyes. And you know, a lot of artists come out of other artists’ camps. Like with YSL. First, it was Thug, and then all of a sudden Gunna popped up out of nowhere. And he was a trailblazer. So a lot of this comes naturally and with time and then also you just use your ears.

Detroit has created a subculture too. Kind of like y’all up there. Secluded away from everyone.
It’s just they got their whole own style. Like, no one can replicate it. It can only be done by them. When people try to replicate it, they gotta hop on the phone with them. They can’t do it without them.

What have you learned most from Weeknd and your close friend, Belly?
I watched The Weeknd create one of his biggest albums — the Starboy album. That’s when I first came around in the team. So we’re in the studio every day for like three months while he’s finishing it up. And that helped a lot watching him compose songs and [seeing] how a really good song on both levels is made. And that helped him with Belly. The pen game, his pen game is so crazy, that pretty much anytime he’s playing the song, it’s like I’m doing homework.

Belly has persevered through a lot. You’ve had a front-row seat to it. Talk about that.
We come from similar backgrounds. We are like underdogs, because of my race I’d like to say so. It is kind of cliche, but like, we never give up. Just keep it pushing. Just keep the quality of the art that you’re creating at the highest level you can provide.

That’s a good segue. What is it like being a Brown rapper?
I mean, I know what it’s like being me. I’d say like, in the beginning, it was all about the music. I had just artwork with no pictures of myself. And people fell in love with the music. And then when they got to know, like, the image, I guess, maybe they weren’t ready for it. And then I went through a period of time where it was like, some rejections and stuff. And, you know, on the other end of rejection is like acceptance, too. I just kept putting on quality music and sooner or later people just got used to the way I look. And I was just normal. And I bet when the next guy comes out, they’re gonna either be like “Oh, get a different haircut” or they’ll just accept it. You know what I mean?

With that being said, you had some people accuse you of being a culture vulture because of your use of the N-word in the past. You apologized, but talk about that.
At first, I was making music for me and my friends that had no problems with me saying it. But I got to a global level, and obviously, it is not the same. I can’t say whatever I want. I don’t need to use that word either. I’m good. I want to be respectful. You gotta be careful of what you say.

I heard the pandemic was tough for you. Besides the obvious, what was going on?
Man, there’s so many issues from like childhood that – I don’t know about you – but I didn’t know I had to confront them until I was sitting at home. And it’s quiet and you forget who you are. And so I started forgetting who I was. I had to find the balance between personal and professional.

Do the memes hurt you?
Um, if there’s 365 days in a year, there’s maybe two or three days when they bother me. The rest of the time, it’s funny to me. It’s great like they’re talking about me. I’m like you got to take the time to make these things about me. I feel special. You know what I mean?

What are you thinking about in the two days?
Like why me? Why make fun of me?

What are some of the things you like to do in your free time?
I like to play video games. I like doing regular stuff too like go-karting and bowling. And then making beats, and once I make some beats, then I feel free to do fun stuff, like go to dinner or go out or whatever. I used to be like that in 2016. I found that back again.

What helped you regain the passion?
A lot of shrooms trips make you realize what’s important. There’s an album I did called Reckless and that time is the perfect example of me not caring about music, me caring about everything else and forgetting about what brought me here. And that’s why I feel like I had the results I did with that album. And now I just don’t feel like I’ll make that mistake again. I’m really treating this shit like my baby again.

Are you the Curry of rap?
I mean, yeah. Why not? The little guy made it.