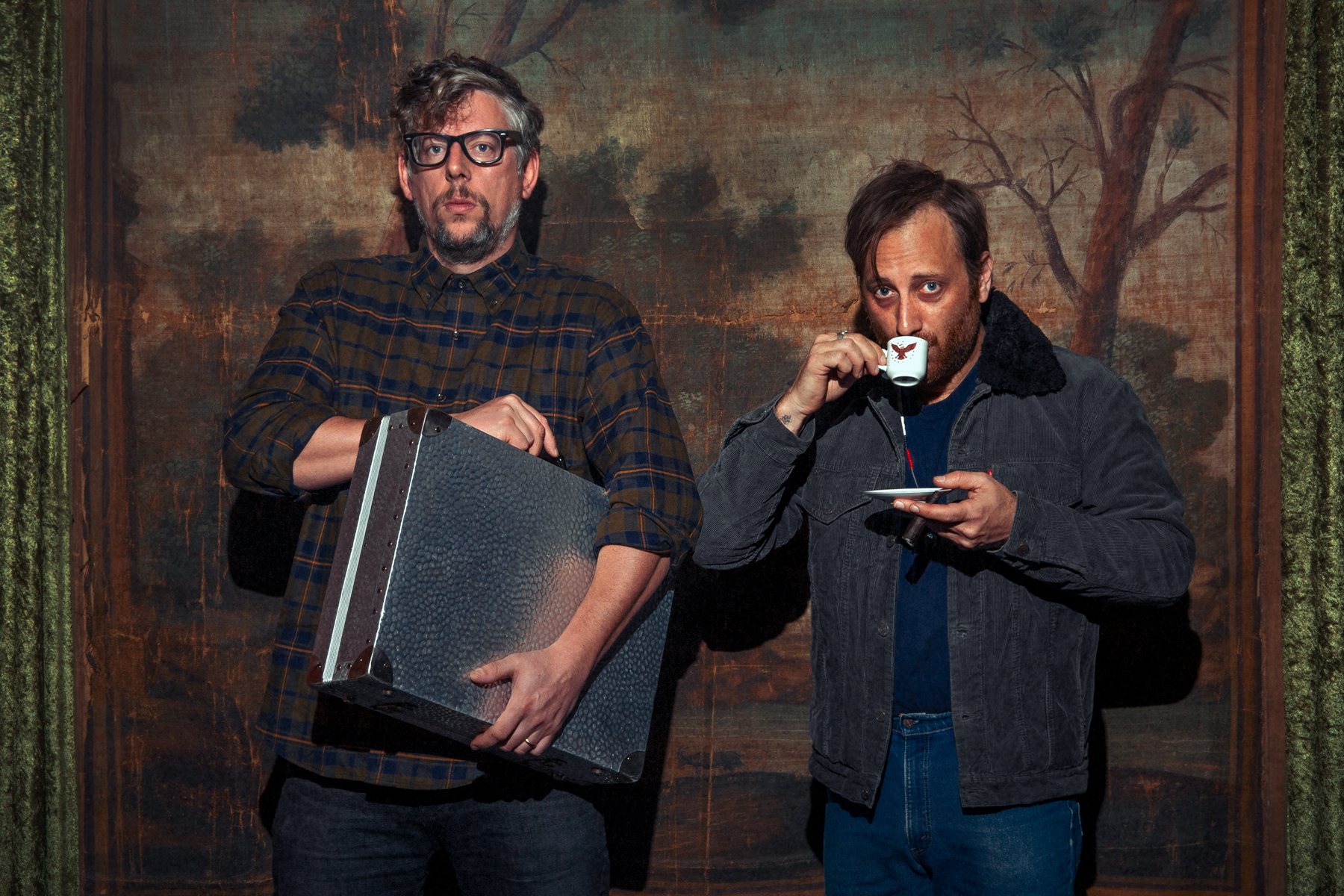 After the Black Keys wrapped up Dropout Boogie, their forthcoming 11th record, something unlikely happened. “Dan [Auerbach] called me and said, ‘It’s really good,’ which is unusual for him,” says drummer Patrick Carney from his Nashville home. “I don’t think he’s ever called and said that. He doesn’t go back and listen to his stuff.” Auerbach agrees: “Pat’s always the one who says, after each record, ‘This is the best record we’ve ever done.’ Literally. Every single one. I listened to it again for the first time in a while and was pleasantly surprised. It brought a smile to my face.”

But as the Black Keys admit, that moment should have actually arrived three years ago. In 2019, after a hiatus that found the two men taking a break from each other to work on side projects, they reconvened for “Let’s Rock.” That album rekindled their alt-boogie roar, but looking back, both admit it was just the first step in regrouping. “We had grown apart and we were reconnecting,” recalls Carney. “It was really good to get back into the studio, but we were still learning how to work with each other.”

It took a far more casual project to fully relight the fire. After the “Let’s Rock” tour ended pre-pandemic, Auerbach and Carney hooked up with blues-steeped guitarist Kenny Brown and bassist Eric Deaton at Auerbach’s Easy Eye Sound studio in Nashville. Together, they plowed through an entire album of blues covers, a stark contrast to the more arduous Let’s Rock sessions. “We recorded it in a day, no overdubs, and it’s one of my favorite records we’ve ever done,” says Auerbach of Delta Kream. “And that made us want to repeat the project, just getting in there and letting it roll and seeing whatever happens.”

Adds Carney, “It ended up being a great reset of the band. It just showed us that the most important thing is that it’s fun.”

Over the past year, Auerbach and Carney have each contracted Covid-19 (not severe cases). Auerbach produced an album by Yola, continued to work with a variety of acts at Easy Eye Sound, and is about to release a collection of unreleased Son House recordings. Carney took up golf and now has two young kids in he and wife Michelle Branch’s home. (The couple’s daughter, Willie Paquet Carney, arrived just last month.)

And last summer, they also began making what became Dropout Boogie, trying to keep it as casual and spontaneous as the Delta Kream sessions. They brought in outside collaborators like Reigning Sound front man Greg Cartwright, who co-wrote several songs, and bluegrass-Americana singer Sierra Farrell, even ZZ Top’s Billy Gibbons, a longtime friend. “We approach every record as if it were a full band, I guess,” Carney says. “A band that’s a duo, like Steely Dan or whatever.” (Told that the band’s new manager, biz legend Irving Azoff, also handles Steely Dan, Carney says, “I didn’t even realize that.”)

Reflecting that range of contributors, Dropout Boogie (due in May) has whooshy ravers (first single “Wild Child”), a slow-blues jam (“Happiness”), soul balladry (“How Long”), and barn-burning arena crunch (“Baby I’m Coming Home”). “For the Love of Money” sports what Auerbach calls a “hill country open-tuning drone, very much in line with Fred McDowell and some of the rhythms he could play.”

Invited to drop by Easy Eye Sound just before the death of Dusty Hill, Gibbons grabbed a guitar once owned by hill country blues icon McDowell. “I showed it to Billy, he picked it up, and started playing it, and it sounded exactly like ZZ Top,” says Carney. “Fuck, it was weird.” Out of a long, improvised jam with the three of them came “Good Love,” featuring solos by both Gibbons and Auerbach. As Carney says, “We’ve been trying to channel our inner ZZ Top for the last three or four years.”

Several songs, including the noir-soul “It Ain’t Over,” started with drum loops and patterns that Carney brought with him. “Pat used to be self-deprecating, I don’t know why,” says Auerbach. “But now he just seems so much more comfortable being himself behind the drums. It’s age or, I don’t know, a lot of therapy.” He laughs before turning serious. “I feel Pat and I are in a better place than we’ve ever been.”

Says Carney, “This one, we thought deeply about what we were doing but we never struggled with anything. No big disagreements.” Carney and Branch’s three-year-old son Rhys James Carney seems to agree: “He’s very picky about music. If he’s not in the mood for something, he really wants you to turn it off, quickly. I played him the record and he liked it, but I don’t want to risk playing it for him twice. I don’t want to get a bad review out of him. He loved ‘Purple Haze’ for a while and now he can’t take it.”

The album reminded them of their enduring bond they’ve had since meeting as kids in Ohio. “After high school, all our friends were just loser fucking drunks, but Pat and I always wanted this,” Auerbach says. “We still have the same drive. We want to create something good. We’ve never lost that, I don’t think. It’s our favorite thing to do, this passion for making records.”

By coincidence Dropout Boogie arrives 20 years to the month after the Keys’ 2002 debut, The Big Come Up. Back then, the Black Keys were lumped in with the White Stripes, the Strokes and many others as the next coming of rock and roll, which didn’t necessary pan out for everybody. “It seems crazy, right?” Auerbach says of the passage of time. “Watching bands come and go, it’s fucking insane that we’re still here. It blows my mind. The odds were so stacked against us. I can’t imagine if this was a five-person band. That would have been insanity. We’re so lucky it’s just the two of us.” (He adds that the band’s Ohio home base also set them apart: “It gave us a little bit of mystique. Not just another band from Brooklyn.”)

This July, the band will be heading out for its first full tour since the pre-pandemic days; in addition to playing some of the new songs they’ll also be bringing along Brown and Deaton for a Delta Kream mini-set. The all-amphitheater tour will stop into the Blossom Music Center in Cuyahoga Falls, Ohio, where Auerbach once worked. “I used to park cars there,” he says. “I was in the kid in the parking lot with the flag.”  This time, befitting their new occupation, things will be a little different. “Pat and I will be tail-gating,” he says with a laugh. “See you in the parking lot.”