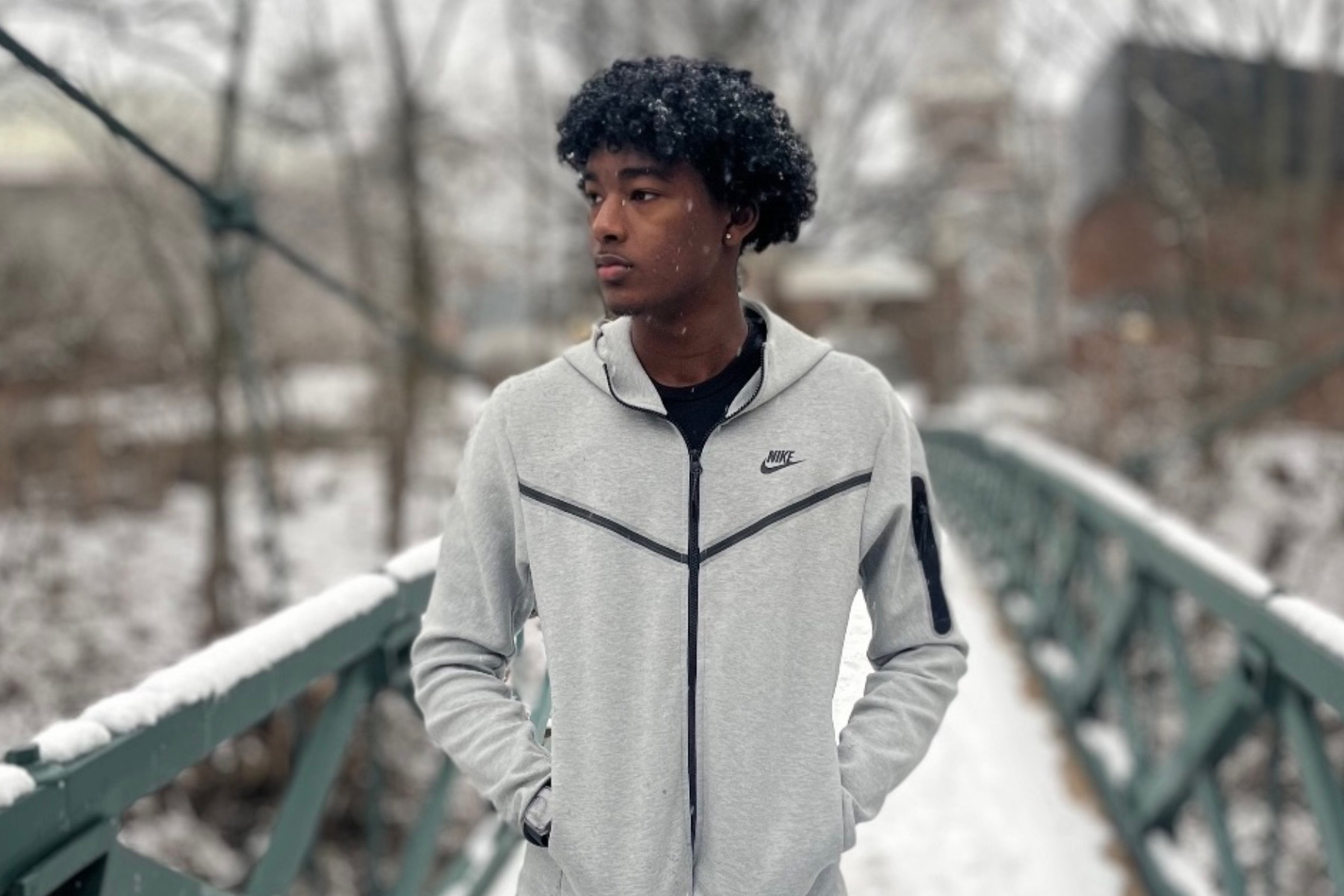 It took G. Moore roughly 15 minutes to make the song that upended his life. Last July, he Googled a “SoFaygo type beat” (in honor of one of his favorite rappers) and picked an instrumental full of synths that waft upwards like bubbles blown by a light breeze. While recording a hook, Moore altered the tone of his voice to sound like a robot trying to hum the same progression as the synths. “That was me experimenting,” he recalls. He recorded and manipulated each word individually, then “pasted it all together so that it would line up right.”

What happened next has become increasingly common in the modern music industry. Moore uploaded the chorus on TikTok, where it started to attract interest, so he finished the song, titled it “Dash,” and put it on SoundCloud in August. Within two days, Moore says the track accumulated more than 50,000 plays, and labels started to call him. But as the rapper sped towards a professional music career, he was brought to a screeching halt. He didn’t own all the rights to the “Dash” beat — Moore had pulled it off the internet, recorded over it and released it without ever thinking it would reach a wide audience — so he could not officially release it.

After several months of legal wrangling, Moore was finally able to put out “Dash” on February 4; he is now signed to Arista Records. “It worked out in the end,” the rapper says. “The beat ended up being held up by another party. The people who bought it wanted to use it as leverage to get me to work with them. It was definitely a lesson for me to buy all my beats outright.”

Moore is part of a growing number of young acts learning this lesson in a hurry. It’s never been easier for teenagers with artistic aspirations to download beats online, either licensing them temporarily or operating under the assumption they can figure out all the paperwork later. The abundance of free or low-cost instrumentals has put a wrecking ball through one of the last barriers to entry in the music industry — anyone can make a hit and throw it online, as long as they have access to a computer or phone and a melodic concept.

But they rarely know — or care to learn — how to properly clear their music for official release. A pair of major-label A&Rs estimate to Rolling Stone that less than half of the songs that go viral are fully cleared. Music attorneys who work with young acts with songs that erupted on TikTok say one of the first questions A&Rs will ask is: What’s the situation with the beat?

That’s because if an artist doesn’t fully and exclusively own the instrumental underpinning his new hit, he might be unwittingly wandering into a minefield. (Moore declined to name the third party who controlled the “Dash” beat for a time, noting that it’s “a long, dragged-out story” and that he’s eager to focus on moving forward.) The producer might have leased the same beat to multiple artists, who now all have equally valid claims on an in-demand instrumental and have to duke it out to see who wins. A&Rs or managers could also buy the beat out from under the vocalist without their knowledge, and then use that ownership as leverage in negotiations with the act.

This can lead to time- and money-consuming legal battles over who has the rights to what. Alamo Records rapper Jaah SLT faced a lawsuit in 2020 over the beat to his single “Tuff” (36 million streams on Spotify to date). In legal filings, the rapper’s lawyers warned of “copyright troll[s]” hunting for “commercially successful recordings” and buying the beats “for the sole purpose of asserting baseless infringement claims.” (The suit against Jaah SLT was eventually withdrawn.)

Young artists “will just grab beats that they like and do whatever they want with them thinking that, ‘if it works, we’ll work it out, and if it doesn’t work, it doesn’t matter,’” explains Cleve Scott, who manages Moore. “I always tell people I’m involved with, once you identify a beat you’re going to use, let’s get all the paperwork taken care of. You don’t want people holding you hostage or making deals more difficult than they need to be down the road if something blows up, and then you realize you only have some of the rights, or someone else has licensed or bought the beat.”

Moore, who is now a freshman at Rutgers, brought Scott in for aid after he released “Dash.” The rush of attention “was kind of overwhelming” for him, Scott says. “We had to set up a few meetings [with labels] at his dorm.” For a time, the manager was speaking to other producers about potentially re-doing the “Dash” beat since Moore didn’t own the original. But in the end, after a series of dogged negotiations, the rapper’s lawyer was able to obtain the beat for him and clear the way for an official release.

But resolving the rights issues doesn’t absolve someone of all problems stemming from the initial lack of beat ownership. The challenge moving forward is that listeners are fickle and have an overwhelming amount of new music to sift through on a daily basis. Now that “Dash” is out, “we have to try to regain the hype,” Scott says. Moore is working on a music video for the single and continuing to promote the song on TikTok, now with the help of Arista.

As he does so, he is aware that those who liked “Dash” last summer may now have moved on. Early in February, Moore was defending the delayed release of his track on TikTok. “You flopped bro,” one user wrote. “You should’ve… dropped it.”

But Moore is confident that “Dash” is not his only potential hit, and he hit back against his online critic. “I got more music to come,” the rapper vowed. “TRUST.”