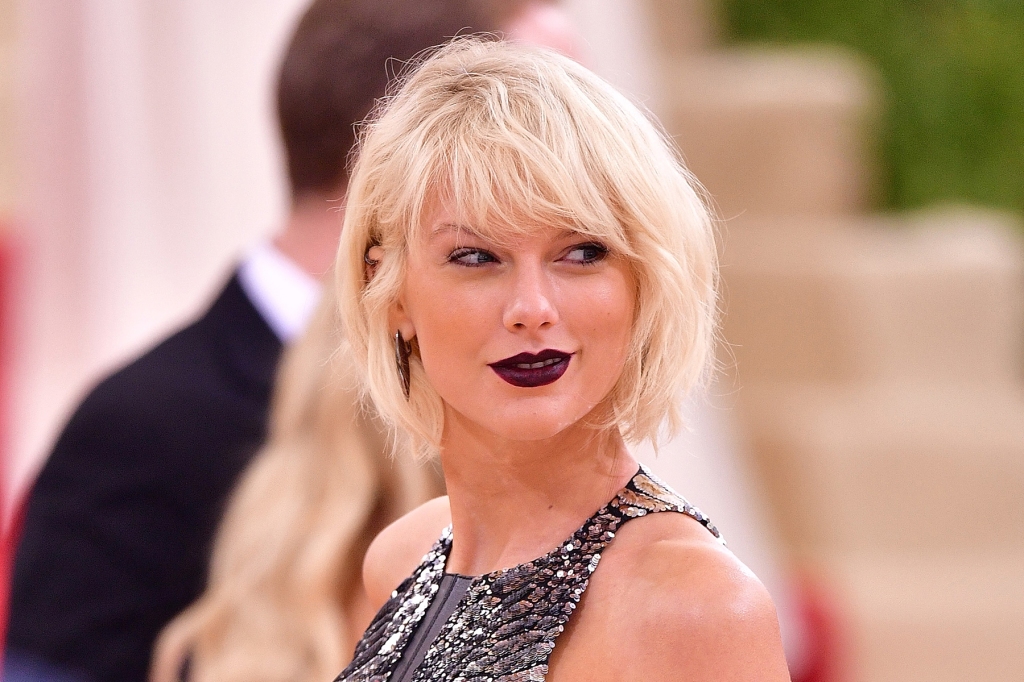 Is Karma real? That’s a question investigative Swifties have been trying to answer for years now.

Across numerous breakdown videos and Twitter threads, Taylor Swift’s Easter egg-loving fans have been piecing together the mystery of a “lost” album in Swift’s discography. Various clues suggest that the album might have been titled Karma and that it was meant to follow her synth-pop pivot 1989. Of course, what actually happened after 1989 is also what might have led to Karma being scrapped (if it even existed): In 2016, Swift endured a very public feud with Kanye West and Kim Kardashian that made her go radio silent for nearly a year until she released 2017’s Reputation. That period also bore controversies over her lack of a clear political affiliation during the 2016 election and alleged falling outs with numerous gal pals attached to her infamous “squad.”

Discussion of Karma started to heat up following the release of Red (Taylor’s Version). Swift had been digging deep into her vault of unreleased tracks while re-recording her old music, a process she started after her former label Big Machine sold her original masters to Scooter Braun’s Ithaca Holdings. She dropped new versions of “This Love” and “Wildest Dreams,” which seemed to hint that 1989 (Taylor’s Version) might be on its way — and the most sleuth-y Swifties started to wonder if Karma might eventually come, too.

Here’s everything we know about the “lost” album and all the clues that have made fans believe Karma is real.

People think it was recorded in 2016 — a rough year for Swift.
To understand why fans are adamant that Swift has a “lost” album, here’s a refresher on the year it was allegedly supposed to drop. In 2016, Swift was coming off the success of one of her biggest album rollouts yet. 1989, her full tilt into the world of being a mega pop star, had been released in 2014, and she spent most of 2015 on the road, touring stadiums in support of it. However, the next year was a rocky one for her: She had made amends with Kanye West after he had interrupted her acceptance speech at the 2009 MTV Video Music Awards, and they were publicly friendly until February 2016, when he released the song “Famous,” which features the lines “I feel like me and Taylor might still have sex/Why?/I made that bitch famous.”

Swift spoke out against the song and it led to a back-and-forth discussion about whether or not she had approved its controversial lines. The feud peaked in July, when West’s wife Kim Kardashian released videos on her Snapchat in which Swift seemed to approve the song over the phone. Swift then left social media and stopped making public appearances for the rest of 2016. Up until then, she’d consistently released an album every two years. But now she had an uncharacteristically long gap in her discography, leading to speculation that perhaps she had something planned before stepping away from the spotlight.

Swift had been sporting a new look at the time.
In 2016, Swift debuted a new look and seemed to be dropping hints that a new era was coming. That spring, she did a very un-Taylor Swift-like thing: She chopped off her long curly blonde hair and bleached it, an edgier-than-usual aesthetic for her. She appeared on the cover of Vogue, at Coachella, and at the Met Gala with the new look. Pop Rollout 101 has taught us that a new hairdo and completely revamped style doesn’t come out of nowhere and, like other stars, Swift has frequently used a major hair change to indicate a new era. (She straightened her curls before Red, then touted a crisp bob for 1989). Her styling changed, too, and she went for a more glam aesthetic than she had previously.

She started talking about “karma.”
The title wasn’t something concocted purely in the collective Swiftie imagination. Swift had been talking about “karma” a lot then. For the same Vogue cover where she debuted a new look, Swift also did a “73 Questions” interview, posted on the magazine’s YouTube channel. In it, she was asked what her biggest life lesson has been, and she made it a point to say, “Karma is real.”

Sure, it’s a common phrase and could have been a simple reference to her public feuds with West and Kardashian. But the word came up again a few years later, in the video for Lover single “The Man.” In the video, which was Swift’s directorial debut, she dons male drag and illustrates all the male privilege men get to enjoy. At one point, her male alter ego urinates in front of a wall graffitied with the names of the albums that Swift eventually began re-recording. There, in the middle, it says “karma.” The word appears next to a sign that reads “MISSING: IF FOUND RETURN TO TAYLOR SWIFT.”

She started wearing orange.
After the color orange began popping up in Swift’s work, fans began associating it with the mystery album, and looking for it everywhere. In the “Look What You Made Me Do” video, for example, she wore an orange outfit while swinging in a giant birdcage, which many have seen as a metaphor for the album’s status trapped in vault purgatory. (Famously, the song also features the lyric, “All I think about is karma.”)

Swifties, like Swift herself, love analyzing the smallest details, so there are countless other “orange” moments that have been picked apart to death on social media: an orange flower on her 2021 Grammys dress, her BFF Blake Lively posing in front of an orange wall on Instagram. Earlier this year, fans got excited again when a few pictures showed Swift leaving a studio while wearing bits of orange, leading some to wonder if perhaps she was finishing up Karma (though it seems she was actually just recording the since-announced Midnights, due out on Oct. 21).

She’s been been revisiting her old material the last few years.
Swift had been one of our most highly productive pop stars the last few years, having dropped two original albums in 2020 and then the first two LPs from her re-recorded series — not to mention a number of previously unreleased vault tracks and music videos for both of them. Following the release of Red (Taylor’s Version) last fall, Swift went on a bit of a hiatus, and people started to wonder what material she was preparing next. Given that she’s released a few things from 1989, it would make sense if she’s revisiting other tracks from that period, and Karma fits into the timeline as its own release or as vault tracks (if it’s real, of course.) Plus, it seems 1989 (Taylor’s Version) might be stalled at the moment, likely due to an ongoing court battle over the lyrics of “Shake It Off,” so Swift might be looking for other material she has archived.

Even if there is no Karma, Swifties were right to have their ears perked for what’s next. In late August, at the VMAs, Swift announced her new album Midnights. Some now wonder if “Karma” is the name of a song on the album, maybe even the lead single.

So…is Karma real?
Of all the fan theories that circulate online, the existence of Karma is extremely plausible. Swift doesn’t do anything publicly without purpose, and everything from the bleached hair to the music video graffiti suggests that she might have had something in the works for 2016. It might also explain why she’s repeatedly talked about how rough and life-altering that year was in her songs.