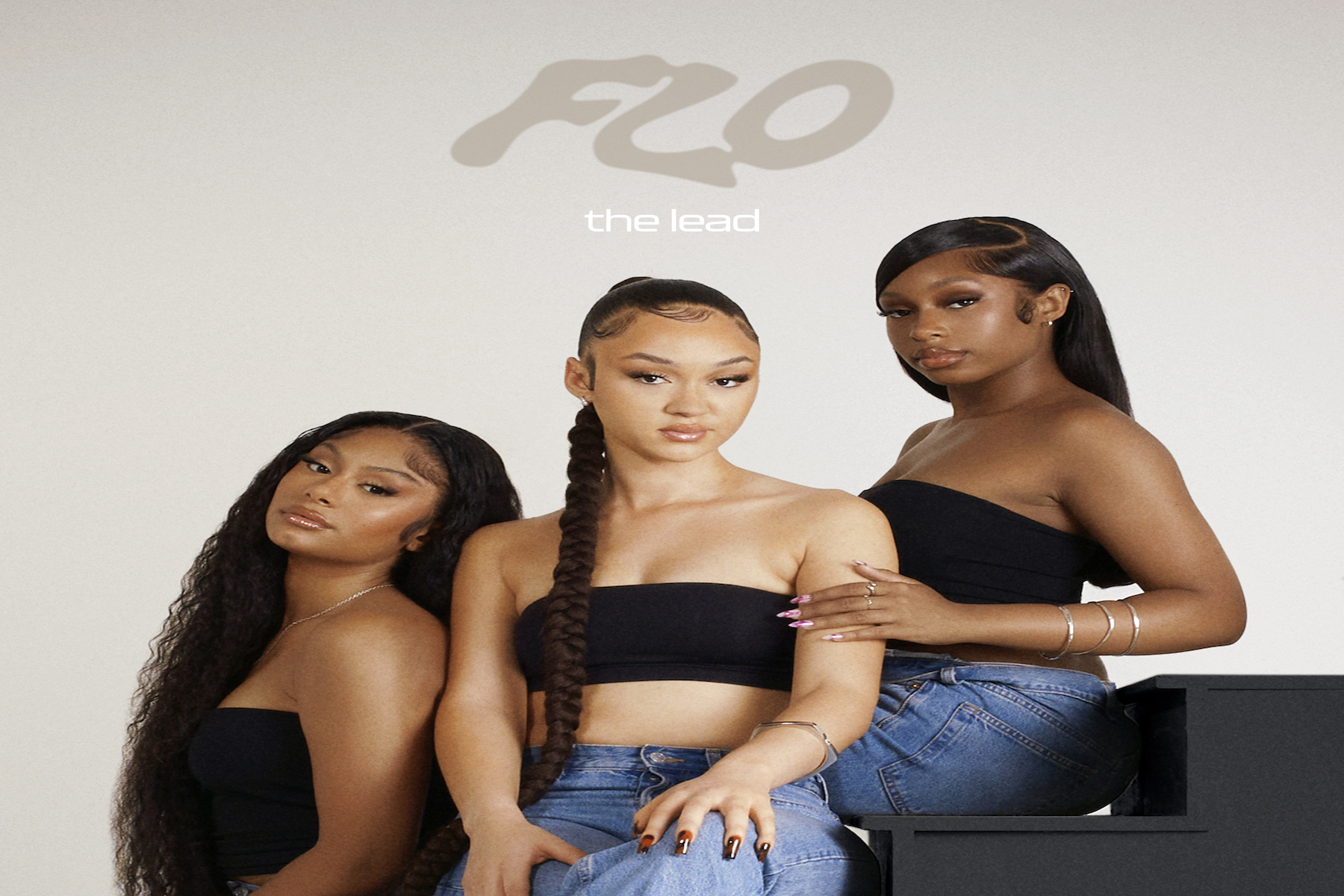 If you’ve yet to hear of the music of FLO, most might wonder where you’ve been the past few months. When the London trio dropped their debut single “Cardboard Box,” it managed to cause a flurry online, to say the least; the likes of Missy Elliott and SZA shared their appreciation with the video now sitting at more than two million views.

Not bad for a first release. When I pose these facts to FLO, aka Jorja Douglas, Renée Downer, and Stella Quaresma, who call in from a studio where they’re recording their debut EP, they are ceaselessly humble about their growing acclaim. But you can sense their pleasure through the giggles and chirpiness that spills over in our chat. “It feels good,” Jorja says. “It’s a relief that everyone loves it.”

Created by pop maverick MNEK, the beauty of their sound is how it flitters between contemporary and nostalgic. Harking to the golden days of early-00s and late-90s R&B, ‘Cardboard Box’ is all lush harmonies and strong vocals. But their music isn’t intentionally retro, they say; instead, it’s a natural progression from what hit their ears in childhood. “When we’re in the studio, it’s not even like, ‘Oh, let’s do a Timbaland beat!’” says Jorja. “It’s nostalgic because that’s the music that has influenced us the most.”

The group is looking to blend those influences with contemporary sounds: “I feel like [our music] takes the best bits from now and the 90s; it’s struck the perfect balance,” Stella offers. “We want people to be surprised and feel like we’re bringing something back from when music was quality.”

With all three girls aged 19 or 20, much of their core musical palette had its heyday decades before their births (the likes of Brandy, Mariah Carey, Mary J. Blige, and Faith Evans are all referenced during our chat).

It was their mothers who inspired the trio’s interest in music. “I had to ask my mum to buy me the iTunes 99p songs,” Stella giggles. “And then every year she got me the Now That’s What I Call Music album.”

“Oh, yeah!” Jorja concurs, continuing their endearing habit of completing each other’s thoughts. “Everything I had was my mum’s when she was done with it. Even her iPod; it had all the American old-school R&B songs.”

“One of my earliest memories is listening to music in the car with my mum,” Renée recalls. “I remember me and her screaming lyrics with so much passion; that memory always brings me back to why I love music.”

Renée and Stella, who was born in Mozambique and moved to the UK aged five, met each other at school, while Jorja had lived in Hertfordshire and came into singing during her mid-teens.

When they all started attending open auditions to join a girl group as a way to bolster their careers, Stella and Renée gravitated towards Jorja when meeting on the circuit and became familiar through social media. They’d spotted each other at one of their last auditions prior to becoming a group, and the palpable connection encouraged them to form a trio in 2019. “It made the most sense in terms of chemistry,” Jorja says. “And then when we had our final audition, it was electric.”

The girls signed to Island Records in 2020. Their label put them through a period of artist development, including writing camps to hone their sound, along with studio time to develop their upcoming EP. So what are FLO’s hopes for the future?

Although their careers have only just begun, they exude a seriousness about their artistry that’s evident when they discuss fighting for ‘Cardboard Box’ to be their first release. “​​It was quite a risk putting out such a big song when no one knows who you are. But we knew that that was the song that could represent us the best,” Jorja says.

“As a band we’re incredibly hard-working and hold ourselves to the highest standard. We never want to do something without giving our all,” Renée adds.

It’s a work ethic that we’ll hopefully see in their upcoming EP, something they describe as “quintessential FLO.”

If the buzz so far is anything to go by, listeners worldwide will be holding out to see what that entails.